The University of Colorado President’s Diversity Award selection committee has announced its 2020 award and commendation recipients, who will be recognized in a virtual award reception at 3:30 p.m. Tuesday, Sept. 15.

The award recognizes significant achievements of university community members in developing a culturally and intellectually diverse university community reflective of inclusive excellence. Awardees, each of whom receives $2,000, engage in meaningful diversity activities beyond their primary CU responsibilities.

The 2020 CU President’s Diversity Awardees are: 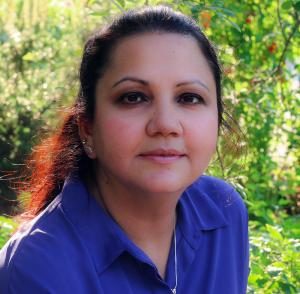 Sur, a CU Denver faculty member for over 10 years, is lauded for incorporating diversity and inclusion in her teaching, as well as in her independent filmmaking.

Taking great pride in building a diversely broad filmmaking community, Sur draws on her rich life experience to advance diversity by using intellectual, creative and cultural skills that give voice to the underrepresented. Last summer, Sur led a group of students in a first for the Film and Television Program at CU Denver, by planning and executing a programmatic study abroad in film, titled “Bollywood Connections,” in Mumbai, India. Sur’s outreach efforts installed an increased sense of diversity while creating a celebration of cross-pollination between a cadre of students from Whistling Woods International, India, and those from CU Denver. They worked together and played together, celebrating their collegial similarities, while embracing new cultural sensibilities.

The project also was in the genre of LGBT films, still a nascent genre in Indian cinema. The film has just gone into distribution; it recently had six screenings in Asian film festivals, won two Outstanding Student Short awards and recently had its Colorado premiere at the Dragon Film Festival 2020.

Sur’s work is boosting the College of Arts and Media’s goals of promoting diversity in its curricula and in its overall branding. 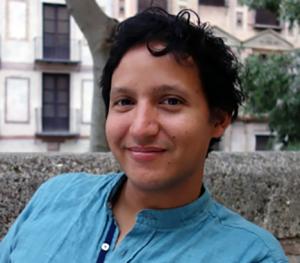 Hernández Charpak, who was a CU Boulder staff member for the last seven years, has shown passion for the adoption of best practices in Inclusion, Equity and Diversity in STEM.

He has co-founded several communities that impact students at CU Boulder, such as the LatinoLabs podcast project: a space where young LatinX scientists and engineers could create a community, train their science communication skills, and have a voice in the growing science communication space. In 2018, Hernández Charpak was a key team member in securing a major six-year, $3.69 million National Science Foundation (NSF) award between Fort Lewis College (a non-tribal Native American Serving Institution in the four-corners region), Norfolk State University (a member of the Historically Black Colleges and Universities), and the STROBE Science and Technology Center at CU Boulder.

The NSF award led to the Partnership for Education and the Advancement of Quantum and nanoSystems (PEAQS), which today holds a vibrant diverse research community of more than two dozen undergraduate and graduate students.

As stated in his nomination, “Nico has succeeded in creating a community that supports us as people as well as allowing us to validate our experiences as scientists and also as members of minority groups. Spaces like these are of immeasurable benefit to institutions where minority members often feel incredibly discouraged. Promoting communities like the one Nico is creating is a key approach to combat attrition by minority students from science and academic careers.”

Established over five years ago, R-Cubed is an innovative committee made up of students, postdocs, staff and faculty, all with diverse backgrounds and life experiences.

R-Cubed has given rise to many changes in the Physics Department at CU Boulder, including creating inclusive departmental promotional materials, hosting events to welcome admitted students, and coordinating equity and inclusion trainings.

R-Cubed created a popular seminar series about diversity: Equity, Inclusion and Cookies. The group has also initiated efforts to improve access to faculty assistance in all levels of classes, and to restructure Physics majors’ introductory course sequences, to create a stronger sense of community within the major.

Committee members chose innovative projects by collecting departmental feedback and analyzing institutional data. They summarized their findings to define what Inclusive Excellence means for the Physics Department, made recommendations to other departmental committees, and supported individuals who have had experiences of being excluded.

Nominations are open for next year’s awardees; submissions are due Nov. 2. Click here for more information.