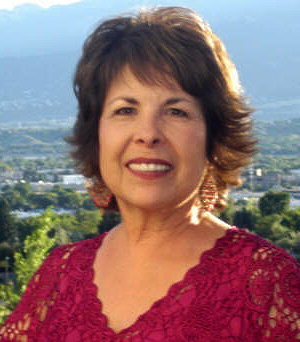 Most fifth- and sixth-graders think more about lunch and recess than they do about college, but Josephine Benavidez believes that tender age is the perfect time to begin preparing first-generation students for higher education. It’s about keeping them motivated through their school years and opening doors to opportunities.

As director of the Pre-Collegiate Development Program (PCDP) at the University of Colorado Colorado Springs, Benavidez has helped prepare hundreds of middle and high school students to enroll in and be successful at any postsecondary institution. She understands the importance of investing in youth because she’s been on the other side of the fence.

“I was one of those students. I was a high-school dropout, not because I wanted to be, but because I had to,” she said. “But there were others who took time to show me the value of higher education.”

The idea that first-generation students aren’t as well-equipped and well-prepared for higher education is wrong, she said. As director of PCDP, she said, “I think I’ve been able to develop a different picture by demonstrating that ‘first-generation’ comes from a variety of backgrounds and academic abilities. A large number of program participants are first-generation military dependents, and traditionally, participation rates are higher for females. It’s not an at-risk program; we look at those who are academically motivated.”

When she began her role as head of the program in 1997, participants numbered 77. Now there are 797 students in PCDP. “I see there are students who, if they didn’t have the extra help, would not be able to complete their education,” she said.

More Pikes Peak-region middle and high schools have expressed an interest in becoming part of the program. Although PCDP has some institutional funding, money is limited, so Benavidez relies on a little creativity and the generous gifts of donors. She currently funds scholarships for PCDP graduates entering UCCS and provides monetary help for younger students who are participating in the program.

Benavidez said her family didn’t have a lot of money but that her father was a philanthropist “in his own right. He gave and he instilled in his children the importance of being generous. He said, ‘You are blessed and I want you to bless others.’”

She encourages those who are able to also contribute. “Through PCDP, you get to see the end result of your giving. I’ve been so blessed to see so many of the students I have worked with become doctors, lawyers, teachers, engineers. I played a part in that; that’s how I give back to society.”

About 40 percent of UCCS enrollees are first-generation students. To help fund the Pre-Collegiate Development Program so even more young people may realize their college dreams, visit http://bit.ly/Jrua5g.

To make a charitable payroll deduction toward a CU program of your choosing, visit bit.ly/HoVAKL. Estate gifts also provide a critical pipeline of support — for more information on bequests and other planned gifts, go to bit.ly/Hpoolv.