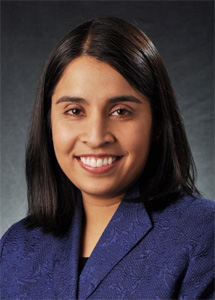 Monisha Merchant has resigned from the University of Colorado Board of Regents to take a post as a staff member for Sen. Michael Bennet.

Merchant, a Lakewood Democrat whose six-year term began in January 2009 after she won election in November 2008, resigned effective Sunday, Sept. 25.

Under state law, the governor appoints a successor to serve until the next general election, set for November 2012. That election will determine who holds the seat for the final two years of the term.

The governor’s appointee must reside in the 7th congressional district, where voters elected Merchant over incumbent Pat Hayes, an Aurora Republican.

“This was not an easy decision,” Merchant wrote in an email sent to university leadership on Monday. “It has been an honor to be on the University of Colorado Board of Regents. CU is an incredible institution – with strong academics, faculty and research.

“I look forward to working with people across Colorado in my new position.”

Said CU President Bruce Benson, “We appreciate Monisha Merchant’s dedicated service to the people of the state and to the University of Colorado’s students, faculty, staff, alumni and friends. She has been a diligent board member who thoughtfully addressed critical issues facing the university and has also been a staunch advocate for ensuring that CU continues its place as one of the top public universities in the world. We wish her well in her new endeavor.”

Kyle Hybl, chair of the CU Board of Regents, said the board “appreciates Regent Merchant’s service to the university and all its constituents. She brought clear thinking and important perspective to all of our discussions.”

The Board of Regents last had a vacancy in 1976, when James Carrigan (father of current Regent Michael Carrigan) was named to the Colorado Supreme Court. Gov. Dick Lamm appointed Rachel Noel to finish out the term; she was sworn in on Oct. 21, 1976, then two years later won election to a full, six-year term.

Tagged with:
Board of Regents, Merchant