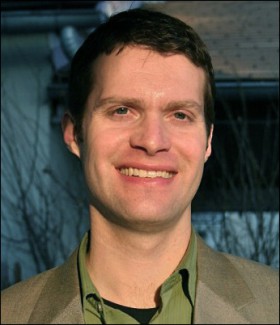 Travis Vermilye teaches five courses each year in his area of expertise – medical illustration. He admits that's currently a bit tricky since the department of visual art at the College of Arts and Media at the University of Colorado Denver doesn't have a medical illustration program. There are, however, classes offered in design and drawing that relate to the field, including one titled "Anatomy for the Artist." He also teaches in design, 3-D motion design and animation.

He developed a course titled "Science Visualization Projects," which focuses on introducing students to various methods of scientific visualization and connects them with professionals around campus for work in real-world projects. Beginning this fall, he'll head a Scientific Media Design program that brings focus to the world of biological and medical illustration.

Vermilye serves on several campus committees, including the Research and Creative Activities Symposium committee, and he continues to develop his medical illustration work through a variety of projects ranging from existing clients to new connections within the university system.

The incorporation of 3-D animation, he says, is one of the greatest advances in his field.

"There is no other way I can think of that allows us to explore the world of the unseeable like an immersive animated piece," he says. "It allows us to literally fly though the human body, cellular landscapes and molecular scenes in ways that were impossible, or at least extremely difficult to do before." (View his work here.)

He loves the university experience, from meeting new people in numerous areas of study to being exposed to the excitement and energy of students as well as colleagues. "There are so many exiting research projects being conducted around campus. I can't imagine a more interesting and engaging place to be," he says.

He spends his free time fly-fishing; snowboarding; exploring the Rockies with his wife, Alicia; cooking; traveling to new locations; running; and attempting to play the guitar. 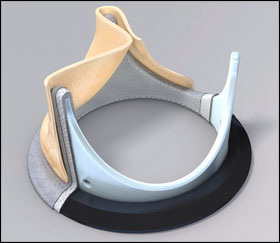 An illustration of a heart valve by Travis Vermilye.

I've always been interested in art and science. While working toward an undergraduate degree in drawing, I stumbled across the Association of Medical Illustrators website and was hooked from that point on.  It is the perfect combination of art and science and allows me to continuously develop my illustration skills while learning new information and exploring areas of science and medicine.

2. You've done illustrations on conjoined twins that were used by the media and also on mummies for the Denver Museum of Nature and Science. Do you have a favorite?

Working on the Egyptian conjoined twins case at Medical Modeling Inc. in Golden is the one project I am most proud of being part of. It was both a learning experience as well as an emotional one as I watched the twins go through their journey toward separation during a four-year period. Although I didn't really know them on a personal level, I was so deeply involved in the process and multiple procedures that it felt like I knew them well. Being able to meet them in person near the end of their stay in the United States was a climactic highlight and something I will never forget.

3. Describe the process of illustrating your subjects. What medium do you work in?

My process always starts with researching my topic, meeting with clients and sketching out an initial idea or ideas in graphite on paper. This is true whether I'm doing an animation or a still illustration. Once the client signs off on the sketch or story board, I then begin the final piece. For still illustration, I almost always start with a detailed graphite drawing that is then scanned in to the computer for rendering and color in Photoshop. Animation projects start with 3-D modeling and setting up the scenes inside 3-D software, much like creating a scene for a movie or Claymation sequence. 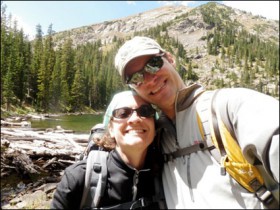 4. You will be starting a new emphasis area in Scientific Media Design in Fall 2011. What will the program entail and why do you believe it is necessary?

The Scientific Media Design program area will allow students who have an interest in science and art to combine the two areas with opportunities to find work for science and medical companies or marketing and design firms that focus on medicine and science-based clientele. I also see this emphasis area as a pathway toward entry into graduate work in both medical illustration as well as scientific visualization. When I started out, there were few options for me to gain the training I needed and this remains true today. It is my hope that this program will provide a strong and valuable experience for students and will allow them to follow their passion for science through creative artistry and expression.

5. What is a goal, either in your personal or professional life, that you would like to reach?

Now that I'm at the university, I would like to push my work in new directions, potentially bringing medical illustration to the gallery setting. A goal for me is to have a solo show in a reputable gallery.

Send your thoughts and suggestions for the Newsletter.
END_OF_DOCUMENT_TOKEN_TO_BE_REPLACED