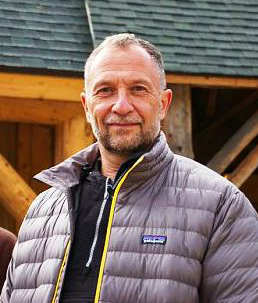 Although he is an internationally known expert in pediatric endocrinology who has made substantial contributions to the understanding of Type 2 diabetes, Philip Zeitler, M.D., Ph.D., wasn’t always interested in the subject. He says it was “a little bit of serendipity and some nagging from a strong-willed Israeli” that sharpened his focus.

Zeitler is a professor of pediatrics and clinical sciences at the University of Colorado School of Medicine, and recently was honored with the Thomas Jefferson Award, one of CU’s highest honors. The award acknowledges his community service work as well as excellence in the performance of regular academic responsibilities, of which he has many.

A landmark, six-year, national research study on childhood diabetes that he chaired is in its final phase. And now much of his focus has moved from hands-on research to promoting the research and guaranteeing funding of others in his group. He also is responsible for ensuring that quality care is delivered at Children’s Hospital Colorado, where he trains fellows and junior faculty.

While he occasionally misses teaching in the classroom – or seeing patients, which could be seen as a conflict of interest with the research he oversees – he thoroughly enjoys his role as administrator.

“I had a number of mentors who clearly had moved from seeing their primary responsibility as their own research to promoting others,” he says. “That’s how I see where I am at the moment. It’s the most important thing I can be doing.”

1. How did you become interested in Type 2 diabetes in children?

I went to med school at Duke and got an M.D. and Ph.D. in physiology. I had an endocrine fellowship in Cincinnati, and in 1993, we had an endocrine fellow from Israel. She was struck by all the obesity we were seeing and noted that we were seeing kids with Type 2 diabetes. Prior to that, Type 2 was considered an adult disease. She sort of nagged me for a while about it, saying there was something going on. Eventually she convinced me that it was worth looking into. We did a review of our new diabetes patients going back to the early 1980s and realized she was correct: There had been a sudden upsurge in cases of Type 2 diabetes in kids related to obesity. It began around 1992 and continued to rise. By 1996, half of teenagers with diabetes had Type 2. This was a huge increase from almost nothing.

We did a pretty extensive study and wrote it up and submitted it to the New England Journal of Medicine. The reviewers said they didn’t believe it, and who really cared? We ended up getting published in General Pediatrics and subsequently other sites published the same thing.

We looked at who these kids were -- what kind of families they came from -- and we began to realize they were socially and economically disadvantaged, they had depression, and there was a lot of family breakdown and dysfunction. I moved here in 1996 and discovered the same thing. Then the National Institutes of Health recognized this as a problem. We received a substantial grant in excess of $5 million to study this population. We developed a 15-site study called TODAY – Treatment Options for Diabetes in Adolescents and Youth. We put together a comprehensive study looking at activity, eating habits, depression, eating disorders, socio-economic issues and cost of care. The study went on for six years and covered 700 kids. We finished it last February. The results are at the New England Journal of Medicine, but I can’t reveal the results because it’s still embargoed.

2. So you are saying that poor diet and inactivity are only two of the factors leading to Type 2 diabetes? What can be done to combat it?

The reason these kids are so sedentary and their diet is so poor is very complex. We have a lot of data that’s not really analyzed, so I can only give you impressions. Only 10 percent of the kids are living with both parents; the median income of kids in the study is $25,000 for the family; there’s low parental education; and at some of the sites, the neighborhood access to food and family support is horrendous. So, yes, the final pathway is inactivity and diet, but it happens because of the environment these kids are growing up in, as well as stress and depression.

This is happening in all developing countries. What you see is that an increase in kids’ Type 2 diabetes tends to follow adult diabetes by about 15 to 20 years. Why is it happening? My impression is this: food is cheaper, especially poor quality food; there’s a lot of caloric density in the food they eat; families aren’t eating meals together and parents work multiple jobs; there may not be two parents; and kids are home alone, often stopping at fast-food places. You can’t point your finger at anything; there’s just been a general breakdown in what used to happen in cultures around activity. People aren’t active anymore. When was the last time you saw someone carrying a suitcase at the airport?

How to combat it? That’s basically a depressing answer. The middle class and upper-middle class are hearing the message and things are changing. People are aware of the bad choices they might be making, but I think we’re going to see much more resistance to or many more barriers to change for the socially disadvantaged. You asked about Michelle Obama’s “Let’s Move” campaign. I think she deserves credit for raising the issue, but look at the resistance she’s gotten from folks who talk about the nanny state. They say, “Don’t tell us what to eat” and “Worry about your own weight.” It’s extremely depressing that people don’t want to wake up to the fact that this is a public health problem of enormous magnitude.

3. What other research are you involved with?

We’ve developed a research group around these issues and I believe it’s one of the strongest pediatric endocrine programs across the country in areas related to obesity, complications, insulin resistance, lipid abnormalities and Type 2 diabetes. Doctors Kristen Nadeau, Megan Moriarty Kelsey, Christine Chan and Melanie Cree Green all work on related topics and are doing exciting studies looking at the physiology of these kids, using, if you will, kids as experimental models, to look at how their muscles work and how their hearts are working. They are looking at the mechanism behind the diabetes so that some of these kids get it, but others don’t, and at levels of obesity.

We have a number of advanced research techniques that no one else does in kids around the country. An example is Dr. Nadeau’s work. They’ve built an apparatus so they can take kids and exercise them in an NMR (nuclear magnetic resonance) magnet that allows them to look at the metabolism of the muscles and they’re looking at energy generation and recovery in kids -- lean kids, obese kids, and kids with Type 2 diabetes.

Dr. Kelsey is doing a study looking at potential intervention. The peak incidence for onset of diabetes is actually mid-puberty. Puberty is thought to be a state of insulin resistance and kids are at greater risk of losing control of glucose metabolism then. She is trying to prevent stress that occurs to potentially put them in a better metabolic state as they come out of puberty so that perhaps they’ll be able to maintain metabolic control longer into adulthood.

4. Congratulations on receiving a 2012 Thomas Jefferson Award, which recognizes excellence in professional duties as well as community service. What does the award mean to you?

It really was quite a surprise. I was on medical leave, working at my computer at home when I got an email asking me if I was OK with the press release. I said, “What are you talking about?” I hadn’t received the nomination and selection letter because I hadn’t been at work. My faculty in my section (endocrinology) nominated me for the award. I was stunned. I’m mostly moved by the fact that these guys took time out of their very busy careers to do this.

My wife, Barbara Morris, and I feel strongly about service. We feel incredibly lucky and feel it’s important to do community things. It goes back many years and started in Cincinnati when my wife got involved with a domestic violence group trying to start a medical clinic for women living in shelters. When we moved to Denver, she became involved with Family Tree and actually started their medical clinic at one of their shelters. I became involved as a board member of AMEND, a domestic violence organization that works for perpetrators, and eventually became chair of that board. That led to involvement with other nonprofits. We’re also involved in Global Volunteers, an organization in Minnesota that sends teams of volunteers around the world to do projects. We’ve been to Ecuador, Vietnam, and will go to Peru.  We don’t think our doing service work is special; everybody should do something because this is what it takes.

5. What one thing do you want your students to take away from their educational experience?

One of the things I’m concerned about, because of changes in health care, is I think it’s possible to lose sight of why people go into medicine in the first place. I worry about physicians and nurse practitioners becoming factory workers and losing sight of the great virtues that are the heritage of medicine. I worry about more people going into dermatology and radiology and making lifestyle choices. The more we become factory workers, the more patients see us as providing a service to them as opposed to being their guide or their physician. People are demanding that they get health care the way they want it. For instance, you have hospitals that are gorgeous, but I’ve also been to hospitals in Costa Rica. There they may have four people in a room, but they’re delivering quality care to everyone. Everyone has access. We’ve lost sight of what it’s about and that is providing quality care, not health care in a hotel atmosphere. Medicine is being taken out of the hands of the doctors; it’s becoming a business and that’s a huge risk for quality of care and the idealism of medical students, which we should be promoting and enthusiastic about.

Send your thoughts and suggestions for the Newsletter.
END_OF_DOCUMENT_TOKEN_TO_BE_REPLACED