Four men, each with decades of service to the University of Colorado, have been named Distinguished Professors, the highest honor awarded to faculty across the CU system’s four campuses.

Bernard Amadei of CU Boulder, Zbigniew Celinski of UCCS, and John Hobbins and Ernest E. Moore, both of CU Anschutz, are the newest designees.

CU President Bruce D. Benson reviewed nominations from CU’s campuses; with the recommendation of a committee of Distinguished Professors, he forwarded the candidates’ names to the Board of Regents. At its Nov. 10 meeting at CU system administration offices in Denver, the board voted in favor of the nominees.

Amadei and Celinski received their honors in person at the meeting; Hobbins and Moore will be recognized at a board meeting next year. 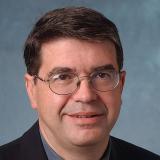 Bernard Amadei, Ph.D., professor, Department of Civil, Environmental and Architectural Engineering, College of Engineering and Applied Science, University of Colorado Boulder. His research and teaching in geological engineering and engineering for developing communities have served students, professionals and communities around the world. He holds the Mortenson Endowed Chair in Global Engineering and is faculty co-director of the Mortenson Center in Engineering for Developing Communities. The graduate program he helped develop provides multiple pathways for engineers to enter the field of development engineering. At CU since 1982, Amadei has received numerous awards and is a past science envoy to Pakistan and Nepal for the U.S. Department of State. He has authored over 90 journal publications and four books. 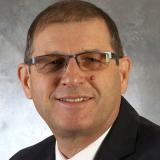 Zbigniew Celinski, Ph.D., professor, Department of Department of Physics and Energy Science, College of Letters, Arts and Sciences, University of Colorado Colorado Springs. He is an internationally recognized leader whose expertise and impact in multiple areas of magnetic materials research are significant. His research in magnetic systems has contributed to the ability to miniaturize many devices – including magnetic memories and microwave signal processing structures – and is revolutionizing their use in a wide range of applications. At UCCS since 1995, Celinski is ranked second in all-time research funding at the university. With a modest $13,000 in startup funding, he created the top magnetization dynamics lab at a U.S. university. Honors include Researcher of the Year at UCCS and CU system Inventor of the Year.

A reception celebrating Celinski is scheduled for 4 p.m. to 5:30 p.m. Nov. 21 in University Center 303 at UCCS. To attend, register here. 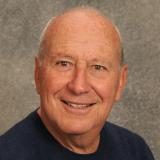 John Hobbins, M.D., professor, Chief of Obstetrics, Director of the Prenatal Diagnosis and Genetics Center, University of Colorado School of Medicine at the Anschutz Medical Campus. He is world-renowned and an award-winning pioneer in the development and use of obstetrical ultrasound as a diagnostic tool. Having practiced medicine for nearly four decades, and at CU since 1991, he is one of the world’s leading Maternal-Fetal Medicine (MFM) specialists. With over 400 published journal articles, 13 books, 42 book chapters and nearly 200 abstracts, Hobbins has been a prolific contributor to the field. A dedicated teacher and mentor at CU and previously at Yale, he has trained 26 Maternal-Fetal Medicine fellows and over 300 residents in obstetrics and gynecology. 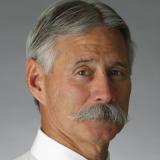 Ernest E. Moore, M.D., professor, Department of Surgery, CU School of Medicine at the Anschutz Medical Campus. The Vice Chair of Research for CU Anschutz is considered one of the top academic physicians in the nation, with 1,500 journal publications, more than 30 books written or co-edited, three U.S. patents and NIH funding secured for over 30 years. At CU and Denver Health for 40 years, Moore is an expert in trauma surgery. His work has advanced the boundaries of surgical science in many areas, including trauma-induced blood clotting, multiple organ failure, and resuscitation with hemoglobin solutions. Among his many honors is the lifetime achievement award from the Society of University Surgeons.

With these four new designees, CU has recognized 87 Distinguished Professors since the program’s establishment in 1977.