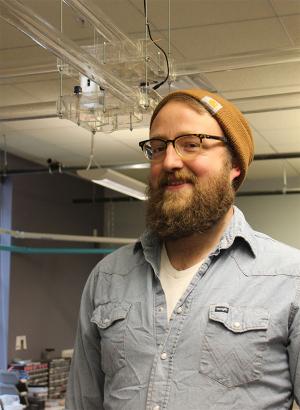 A mini-refrigerator sits under Danny Rankin’s desk at the ATLAS Institute, which in itself isn’t a novel idea. This little cooler, however, is special: It has been modified to be a vending machine that dispenses and delivers a canned beverage through a system of vacuum tubes that wind up through the ceiling and down to the desktop. Of course, if you were to open said beverage, you would be greeted with an explosion of liquid.

Aside from that fatal flaw, this “relic,” which has been reinsulated a few times and is held together with duct tape, holds a special place in Rankin’s heart and psyche. It was the first project he built at the Institute’s Blow Things Up (BTU) Lab, where interested parties get the chance to explore their creative genius.

Since that first invention, Rankin has devised many others, some more feasible than the first. He is not aiming for commercial success, but instead, is satisfying a passion to explore how everything he has learned fits together and to solve problems.

Rankin, a lecturer in the Technology, Arts and Media Program at the institute, encourages that same passion in the students who take his classes and those he mentors at the BTU Lab. 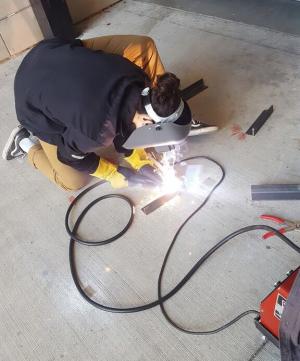 He wouldn’t have envisioned this role for himself years ago. After graduating from high school, he entered the Air Force as a linguist, and being musically inclined, spent a time with the Air Force band. Afterward, he returned to Colorado where he grew up, and earned his bachelor’s degree in environmental studies at CU Boulder, which, in turn, led him to an interest in sustainable agriculture. He also discovered the BTU Lab at ATLAS where he not only created gadgets, but also served as a lab assistant and an administrator. He then earned a master’s degree in creative technology and design and began student teaching.

“I think the one thing I hope (students) get from my classes and the lab is that there is no problem that is unsolvable,” he said. “These days, with the access to all the information we have, and technology that is manufactured cheaply and delivered to our doors, we can solve almost any problem if we are willing to find the information and work with people around the world and hunt down the equipment and tools we need. I want the students to have that motivation, to understand that if they have a problem in business or in life, they don’t have to give up or pay someone else to fix it – they can figure it out.”

1. One of the classes you taught last semester dealt with “Precious Plastic” and re-forming them into other, useful objects. What did the class entail?

Precious Plastic is an international project that has published blueprints for making recycling machines. The blueprints include four machines. Last semester, we built two of the machines: the shredder, which takes consumer waste plastic and shreds it into flakes, and a compression mechanism – in this case a transformed kitchen oven found on Craigslist – that heats and smashes the flakes into a mold to form an object. At the end of the semester, the students conducted a living laboratory where others could come see the kind of work we’ve been doing. In this case, the students built a skateboard from plastic milk jugs. It takes about 30 minutes to turn the plastic flakes in the mold in the oven into a skateboard. 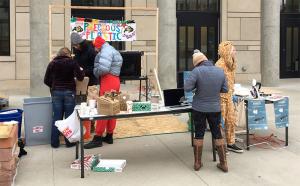 It is a passion for me to see students learn how to make physical things. I work in the Technology, Arts and Media Program, where the students mostly focus on digital creation, which is great, but I find that a lot of the students are jonesing for actual hands-on creative work, and so it is nice to give them an outlet where they can critically think about how to make things by hand. Several of the students want to turn this into a student club because they want to keep working on the machines and open it up to other students who were not in the class.

2. You also mentor students in the Blow Things Up Lab. What is this lab and what is its mission? What does your mentorship entail? 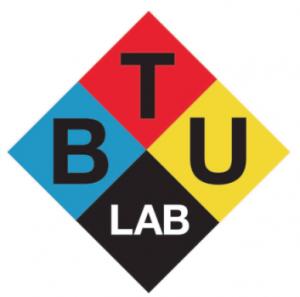 The BTU is a student hacker space – a kind of a make-weird-stuff space. It’s been part of ATLAS for almost four years and is unique to the campus. There are a lot of spaces on campus that have tools and equipment, but the BTU Lab is more interested in a community development and is more student-run than other spaces. For instance, we have students decide on the budget and what happens in the lab, as well as the policies for the lab. It is open to anyone, including current students, staff, even community members who are tangentially connected to the school. We have a lot of people there who make the projects they are passionate about. I get excited about students who have an idea and want to bring it to life.

I was mentored by some people in that space when I was finishing up my farm research, and it became important to me as I grew in knowledge and skills to see that carried forward. Someone helped me figure out what I wanted to do with my life and I want to do the same. I also help students figure out how to wire something correctly.

Students have been making a variety of things like a weird custom guitar, wearable technology, reactive motorcycle shoes that provide extra brake lights for the ride, a giant Connect Four board, a custom arcade, and a lot of kinetic and reactive art – weird stuff with lights.

3. What other activities or research are you working on?

When I was doing grad work, I started making games with my adviser Matt Bethancourt. For instance, I’m working on making games that are controlled with things that aren’t normally used to control things. We have one called “Busy Work.” It’s set in an old office with old keyboards and computers and phones, and have designed it as a real experience. You are sitting in an actual cubicle smashing the keyboard and answering the phone as fast as you can. We exhibited at IndieCade in Los Angeles and Paris and won an award there.

During that project, we fell in love with old phones, and I’ve been tearing them apart and rewiring them and trying to make video games that live inside then, which is kind of fun. ATLAS is a cool space for doing that.

4. A university article called you a “farmer, designer, artist, instructor, musician, hacker, coder, craftsman, husband, veteran and visionary,” and you’ve backed that up. What drives you? 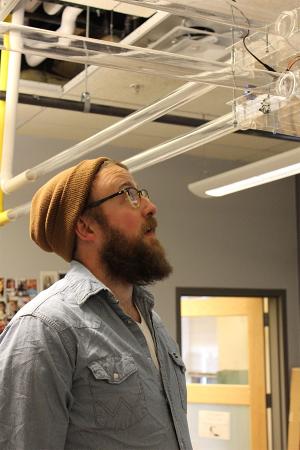 I get really excited about starting new things and developing the process for seeing them get finished, but I usually get a little bored with the actuality of completing the entire process. I like exploring the new thing in various fields. The world is a super interesting place and it is full of a lot of fascinating topics and complicated and difficult problems that need solutions.

Every single thing I learn helps me do the next thing I want to do. Learning about the environment helped me learn about farming, which helped me learn about technology, which helped me get into reactive art, which helped me start teaching about how to build those things, which makes me think about education, which I really like doing. Everything is connected through my interests and weird coincidences and happenstance. I have met some amazing people since I started doing this. If you were to have asked me 10 years ago if my resume would look like this, I would have said none of the things sounded appealing to me.

I think there is an unfortunate dichotomy between university education and trade education that says you are an academic brain thinker and you solve problems, or you are in this group of people who solve plumbing and building issues. I don’t think those have to necessarily be separate, and I think there’s a lot of existential benefit to be gained from manual work. I think our brains get a lot of satisfaction from it, and it affords us a lot of time to think about meaningful things. For me, some of the best conversations about what is going on in the world or about the meaning in life usually happen while I’m tilling the field or working with my hands. There’s an important connection between the satisfaction you get from creating things and the mental exercise you get when doing something that is tedious and how that actually affords you mental space to think about a higher subject.

5. What are some of the things you have built or devised that are successful and some that might need a little more work?

I moved to a farm that a friend of mine owns in Boulder and we run a community-supported agriculture program. You would buy a share at the beginning of the season and we use the money to buy supplies and animals, mostly chickens, pork, lamb, beef and turkeys. We also run a small raw milk dairy.

It’s a busy farm, but pretty small. On the farm we’ve made many different machines, some of which have broken because farm life is really hard on machines. We built a chicken incubator in an old refrigerator and things were going well, until at some point, a gear motor broke and the eggs over-heated and we ended up with a refrigerator full of rotting eggs.

I’ve built a lot of things in the BTU Lab that are hanging from the ceiling that are only partially functioning. My thesis project was a tube-based internet where you could send messages through tubes with vacuums, but it only works when I am there to gingerly coax it. 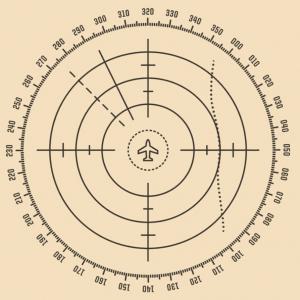 I also have a game that I just finished that we just Kickstarted. It’s called “Ravine” and is a tabletop card game that is a cooperative wilderness survival card game. It did really well through Kickstarter and now we have to start fulfilling orders, which is the place in the process where my eyes start to glaze over. I get excited to make a game and put it on the internet and raise $300,000, but when we have to take that money and make the game and ship it to people, I start to freak out. I have a lot of good business partners who are involved. It started as a class project, and we had someone critique the class who also makes games, and he approached me and said, “Let’s make this game.” (For more information on “Ravine,” visit www.playravine.com.)