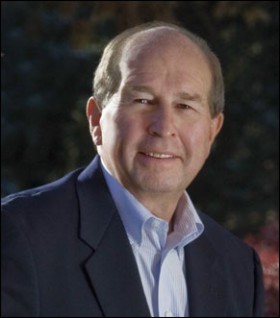 Editor's note: This story appeared as an update after the publication of last week'sNewsletter.

Jerry Wartgow has been named interim chancellor of the University of Colorado Denver by CU President Bruce D. Benson.

Most recently, he was Fulbright Senior Specialist to Hong Kong, advising senior administrators at eight public universities on transitioning the higher education system from a three-year British model to a four-year American model. His complete résumé can be found here.

"Jerry Wartgow has the experience, management skills and Colorado connections to help the University of Colorado Denver address the significant challenges facing the campus, and will also help us take advantage of opportunities to move UCD forward," Benson said.

Benson said no decisions about a search for a permanent chancellor would be made until after the campus completes the national reaccreditation process, which begins late this fall and proceeds into 2011.

"I'm excited to work with the entire University of Colorado Denver community to ensure we build on our significant strengths and address our challenges," Wartgow said. "We also need to continue to meet the needs of the metro area, the state and our partners in education." 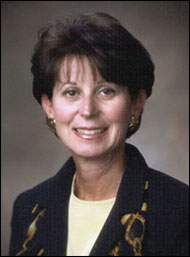 Benson also appointed Lilly Marks, senior associate dean for finance and administration of the University of Colorado School of Medicine and executive director of University Physicians Inc., as vice president for health affairs and executive vice chancellor at the university's Anschutz Medical Campus. She will oversee its academic, clinical and research operations and focus on key strategic issues such as transportation, relationships with affiliate hospitals and development on and around the campus.

"Lilly Marks has had a longstanding passion for advancing the academic mission of our health programs," Benson said. "Her skills and experience will help us deal with critical issues such as funding and the continued growth and development of our Anschutz Medical Campus."

Marks will begin her new duties June 30. In her current position, she manages an annual budget of more than $1 billion at CU's School of Medicine and also is executive director of University Physicians Inc., which is a national model for academic practice plans. A CU alumna, she has worked at the university since 1976. Her complete résumé is here.

"These are extremely challenging times for academic medical centers nationally as they are buffeted by declining state support, constrained research funding, and major changes resulting from health care reform," Marks said. "I look forward to using my skills and three decades of experience at CU to help create and sustain the physical, academic and financial environment that will allow the Anschutz Medical Campus to play a leadership role in Colorado and the nation in advancing science, improving care, and training the health professionals of tomorrow."

In a letter to the university community, Benson wrote, "Let me be clear that we remain committed to a consolidated university. In many ways, the endeavor is a model for the shared services approach we are instituting across the CU system and with our higher education colleagues around the state.

"At the same time, both UCD and AMC face significant challenges brought about by unprecedented reductions in state funding. Those challenges are sufficiently distinct that they require distinct leadership. The model we will employ is similar to that at other institutions nationwide, while also allowing us to address issues unique to the Anschutz Medical Campus."