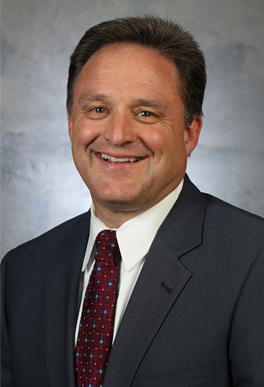 MU President Timothy M. Wolfe announced Burnett’s appointment following a meeting of the University of Missouri Board of Curators. Burnett is expected to begin the Columbia, Mo.-based position in late August. His last day at UCCS is Aug. 1. Plans for a farewell celebration are pending.

“For more than 11 years, Brian Burnett provided exemplary service to the University of Colorado and its Colorado Springs campus. As vice chancellor for administration and finance and, later, as senior executive vice chancellor, Dr. Burnett helped guide the unprecedented growth of UCCS as a member of my leadership team. Under his direction, UCCS fulfilled its mission as the designated growth campus of the University of Colorado. He led the addition of new buildings, renovation of existing facilities, and added important infrastructure to support a robust and growing campus.

In the UCCS way, he did this while also teaching, supervising our intercollegiate athletic program and being an active member of the Colorado Springs community through service on many high profile boards and organizations.

He is a creative problem solver.

“I am grateful to have had the opportunity to work with so many great faculty, staff, administrators and students during my career at UCCS. It has been an incredible decade of growth, excellence, and advancement for our campus and I am happy to have played a small part in where UCCS stands today and what it is poised to achieve in its future. I am deeply appreciative of the opportunities the Chancellor has afforded me and to have a made a difference in this university and in this community.”

The University of Missouri is a land grant institution composed of four universities in Columbia, Kansas City, Rolla and St. Louis, a health care enterprise, 10 research parks and incubators, 19 agricultural research stations, a network of Small Business and Technology Development Centers and MU Extension offices. The system enrolls more than 75,000 students and has an annual operating budget of $3 billion.

As the University of Missouri’s CFO, Burnett will be responsible for setting strategy and long-term planning of the financial functions of the university system.

Burnett joined UCCS in 2003 as vice chancellor for administration and finance. In 2013, he was named senior executive vice chancellor. Previously, he served as the chief financial officer of the Colorado Commission on Higher Education, held several leadership positions within the Colorado Department of Corrections and served as a budget analyst for the Joint Budget Committee of the Colorado General Assembly. He earned a bachelor’s degree in economics from CU-Boulder, a master’s in finance from CU Denver and a doctoral degree in educational leadership from UCCS.

See the University of Missouri announcement