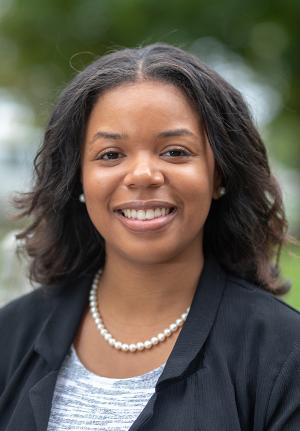 “I've come upon something that disturbs me deeply. We have fought hard and long for integration, as I believe we should have, and I know we will win, but I have come to believe that we are integrating into a burning house. I’m afraid that America has lost the moral vision she may have had, and I’m afraid that even as we integrate, we are walking into a place that does not understand that this nation needs to be deeply concerned with the plight of the poor and disenfranchised. Until we commit ourselves to ensuring that the underclass is given justice and opportunity, we will continue to perpetuate the anger and violence that tears the soul of this nation. I fear I am integrating my people into a burning house.”

BIPOC (Black, Indigenous, and People of Color) people have been screaming about this burning house over the past decade and trying to highlight the inequities in our country so that others might see and become invested in ensuring our country lives up to its lofty ideals.

The Me-Too Movement began in 2006 to raise awareness about women who have been abused. In 2011, the Occupy Wall Street movement highlighted severe economic inequality in our country. After the countless murders of black people and the acquittal of their murderers, the Black Lives Matter Movement started in 2013. In 2016, the Dakota Access Pipeline protests began as a stand for Indigenous rights and climate change.

Most people brush past the fact that all of these movements were led and carried by BIPOC leaders – whose collective efforts have birthed a modern-day civil rights movement. These leaders, like you, have faced harsh opposition and disapproval of their work. In grade school, I was taught that you were loved and one of the greatest Americans ever. Years later, I would learn, according to a 1968 Harris Poll, you had a 75% disapproval rating right before you were assassinated. This country did not love you, did not approve of your actions, and was not supportive of the movement.

You would be surprised, or maybe not, by how many people have rewritten history in their heads by pretending that Americans believed and agreed with you and the methods of other civil rights leaders and protesters. In 1961, when Americans were asked if they approved or disapproved of what the Freedom Riders were doing, the Gallup Organization showed that 61% disapproved; 57% believed that sit-ins and other types of demonstrations by Negroes would hurt their chances of being integrated in the South. Most importantly, in 1963, 60% of people surveyed by the Gallup Organization had unfavorable feelings toward the March on Washington.

During this new civil rights movement, protestors have been vilified and gaslighted for their actions – as I am sure was true of your time in leadership. Many have tried to twist your words to harm, sanction and discourage the next generation of freedom fighters who speak with fiery and righteous indignation as you did. We need to remember one of your last speeches, “The Role of Behavioral Scientist in the Civil Rights Movement.”  You presented this speech in September 1967 at the annual convention of the American Psychology Association. In it, you stated, “Urban riots must now be recognized as durable social phenomena. They may be deplored, but they are there and should be understood. Urban riots are a special form of violence. They are not insurrections. The rioters are not seeking to seize territory or to attain control of institutions. They are mainly intended to shock the white community.” I understand that to mean if we’re in a burning house, white people may not understand that they too can be engulfed by the flames; we are all in the burning house.

On Jan. 6, 2021, our country witnessed an insurrection composed of predominantly white people, many waving Trump flags, some waving confederate flags, and others hanging nooses outside of the United States Capitol Building. The lack of state or federal law enforcement presence was not surprising to BIPOC people. We could not help but think about the military presence and police power that would have been mobilized to silence the threat of our testimony. We remembered what happened during the last civil rights movement, and, like you, we are more than familiar with the privilege bestowed upon white supremacists in this nation.

Dr. King, you told Harry Belafonte that we should become the ‘fireman’ and not stand by and watch the house burn, but BIPOC people are tired of being gaslighted and tired of having to tell our fellow White Americans to see what is right in front of them and what history has documented. You knew that turning the cameras on Bull Connor’s dogs would dramatize the moment and make a powerful emotional appeal to the decency of Americans with the hope of helping America access transformative empathy.

Many of the civil rights movements of our modern day have tried to use your same tactic to highlight the inequalities in our nation, but I believe what has caused our country to fall to its knees and begin to talk was the insurrection on the 6th because we can now see what happens when white supremacists want to make their country great again. They can run through the Capitol with weapons, zip-ties to abduct, spew hate and defile our democracy – ‘Why should we try to be the fireman?’ As you’ve said, “A society is always eager to cover misdeeds with a cloak of forgetfulness, but no society can fully repress an ugly past when the ravages persist into the present. America owes a debt of justice which it has only begun to pay.”

Cobb, J. C. (2018, April 04). Even Though He Is Revered Today, MLK Was Widely Disliked by the American Public When He Was Killed. Retrieved January 8, 2021, from https://www.smithsonianmag.com/history/why-martin-luther-king-had-75-percent-disapproval-rating-year-he-died-180968664/