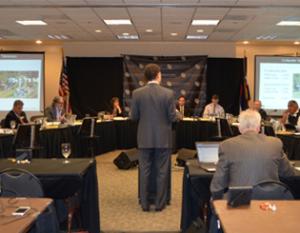 The regents gave their initial approval to the budget plan during Wednesday’s meeting at CU Denver. Final approval will come in June, after the state budget is approved.

The CU Denver merit-pool salaries are to be divvied up at the discretion of the department leadership in a time frame yet to be determined (such as monthly, a one-time payment or quarterly). Compensation for CU Denver employees would be based on their 2015-16 salary when considering pay increases for the 2017-18 fiscal year.

The approved increases will add about $23.6 million to university’s 2016-17 budget, Saliman said.

State budget update: What a difference two months can make. When the CU Board of Regents met in February, Todd Saliman, vice president and CEO of Budget and Finance, told the board to brace for a possible $20 million state funding cut for higher education – $4 million in cuts to CU – for fiscal year 2016-17. By this week’s board meeting at CU Denver, things were looking up.

“The budget (was being debated Wednesday) in the Senate. No one is proposing reductions to higher education, so we’re very grateful,” Saliman said. Instead, the proposed budget now could mean an increase in funding for the next academic year. “The way the new formula works, when the state budget is flat, CU still gets a little bit of an increase, so $1.8 million. We appreciate (the Joint Budget Committee) making that a priority.”

The proposed budget also means an additional $1.4 million to CU system financial aid, based on the Colorado Commission on Higher Education formula.

Proposed campuswide budgets range from a 4.8 percent increase at CU-Boulder to a 1.2 percent decrease at CU Denver. Saliman explained cuts to the CU Denver budget came in the wake of a $6.7 million deficit for 2015-16.

“There are pretty significant reductions; they are base reductions,” Saliman said. “At the same time, they’re increasing spending in several areas where there are opportunities for growth. This is Denver working to try to take advantage of programs that are very appealing.”

Regent Linda Shoemaker, D-Boulder, said she was disturbed by the $6.7 million shortfall.

“It’s a huge budget deficit that you have here,” she said. “You’re using a lot of one-time monies to fill in here. What kind of plan do you have for the future and how are you going to go forward?”

Tagged with:
Board of Regents, salary, budget, Legislature