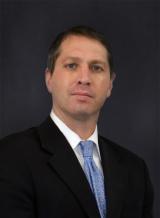 Hueth steps in for José Padilla, who is leaving CU to become president of Valparaiso University in Indiana. Padilla was named to his CU position in May after a national search.

Previously managing associate counsel, Hueth has been with CU for 17 years.

“I want to thank Jeremy for his willingness to step in at this time,” said Regent Sue Sharkey, speaking during the board’s regular meeting, held remotely and livestreamed. A video recording of the meeting will be posted here.

“Jeremy will be exceptional,” Padilla said. “He’s all in for the University of Colorado system.”

Padilla was thanked for his time at the university, which came amid the pandemic. The board passed a resolution of appreciation and invited him to return for a visit once protocols allow.

Regents also voted to revoke an honorary degree presented in 1986 to C.B. Woodrich, better known as Father Woody, who recently was implicated with other Catholic clergy members in Colorado as having sexually abused minors decades ago. Woodrich died in 1991.

Earlier this month, the Board of Regents announced committee assignments taking effect in January:

University of Colorado Foundation Board - one regent

Auraria Board – one regent

Tagged with:
Board of Regents, University Counsel