“Today we are making the dream of my father a reality,” the chief operating officer of major fruit producer AgroAmérica said late last month. “My father, Jose Fernando Bolaños, believed in the dignity of work, in improving the lives of his employees and the welfare of the community. And this is the result.” 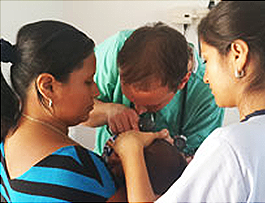 With that he opened the Center for Human Development, a multifaceted medical facility developed by the Colorado School of Public Health and Children’s Hospital Colorado to serve some 4,500 banana workers and their families with plans to eventually expand into neighboring communities.

The center sits on 10-acres of AgroAmérica land and will be staffed by CU doctors, dentists, nurses, midwives, students and other health professionals rotating through Guatemala. The first physician, pediatric resident Jacob Mark, arrived April 1.

This is the university’s first permanent international presence and an outstanding example of a successful public-private partnership. Gustavo and Fernando Bolaños donated $1 million to the University of Colorado Denver in 2012 to help create the center whose initial design was drawn up by students from the CU Denver College of Architecture and Planning. Children’s Hospital Colorado stepped in as a major funder.

“This is like a marriage between CU, Children’s and AgroAmérica,” said Stephen Berman, M.D., director of the Center for Global Health, part of the Colorado School of Public Health which has overseen most of the project. “It’s a long-term partnership that will require give and take if it is to survive.” 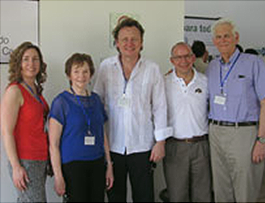 “Few universities have this kind of comprehensive relationship in a foreign country,” Asturias said. “This isn’t medical tourism. We are here to stay.”

Asturias, who grew up in Guatemala, said the center represents the best of global health.

“It’s a huge challenge but the kind of challenge we strive for,” he said. “We dreamt big and look what’s been accomplished. Why stop now?”

A stake in the ground

Project C.U.R.E. donated $400,000 worth of medical equipment including a labor and delivery suite, needles, incubators and microscopes which arrived in two 40-foot shipping containers. 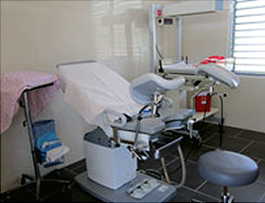 “That’s probably the nicest labor and delivery suite in the entire country,” Jackson said. “We plan to keep supplying them until they say enough.”

Jackson has equipped hospitals in some of the world’s poorest countries.

“More and more people are catching the spirit of compassion,” he said. “The Bolaños brothers didn’t just slap a Band-aid on a bad situation. They have gone all out and created this place using the amazing talent and resources of CU and Children’s. They have put a stake in the ground and now others can say, ‘We can do that, too.’’’

The center sits in an impoverished corner of southwest Guatemala known as the Trifinio region. It’s a hot, humid place where residents often share homes with livestock, drink contaminated water and suffer all the manifestations of poverty.

With the nearest hospital an hour away in Coatepeque, the villages near the plantation have little in the way of health care. Infant mortality rates are high, children die from treatable conditions like diarrhea and pregnant women may never see a doctor.

The center expects to change much of that. Banana workers and their families who normally pay up to $50 to see a doctor in Coatepeque will now pay just $5 at the facility.

“This is a big help because it’s so close to many communities,” said Juan Carlos Cojulun, who lives nearby. “It’s much cheaper than going all the way to Coatepeque.”

Seeking the most vulnerable

The presence of the Center for Human Development means local health workers called `tecnicas’ won’t be spending as much time tracking down pregnant women and newborn babies.

They drove deep into a steamy banana grove until they found Sandy Mendez, 20, nine-months pregnant and in dire need of a check-up.

She was living in a house of corrugated steel sheets propped precariously against each other. Ducks slumbered beneath a wood burning stove while a box of chicks peeped nearby.  Her husband, David Garcia, 26, a banana worker, sat with his leg propped up after being injured by a piece of flying metal.

The tecnicas took Mendez into a room and listened for a fetal heartbeat. The rhythmic thump, thump, thump grew louder as they moved the probe around her abdomen. But there was a problem.

“The baby’s head is not in the right place,” Velasquez said.

They decided to return in a few days to see if anything changed.

“One of our big problems is getting to the babies within the first three days of birth,” Celada said. “Fifty percent of deaths occur in the first weeks of life.”

Hopefully the new center will bring pregnant women to the tecnicas.

“One of the challenges is effective community engagement and recognizing community in the broadest sense,” Berman said. “The tecnicas really understand what this is all about.  The management of AgroAmérica also understands it.”

A place to call their own

Berman has had a storied career in global health. He’s set up immunization programs for Colorado children and designed care management systems for pneumonia for the World Health Organization. But this may be his most exciting venture yet.

“It’s rewarding in every way possible, especially when you see remarkable results like this on the ground,” he said. “But you’re only as good as your team and the people who really made this happen were Edwin, Marco, Gustavo and his brother Fernando who had the vision.”

The center is already having an impact back home.

Berman recently interviewed a Stanford professor drawn to CU because the Guatemala project. And two fellows came to work at the university for the same reason.

“At CU we recognize that there’s a lot of talent in the health care field wishing to go beyond the U.S.,” he said. “This is a great way of attracting that talent.” 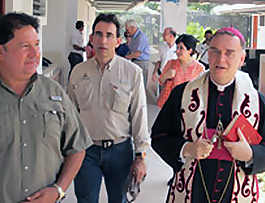 Back at the center, the Vatican’s representative in Guatemala, Archbishop Nicolas Thevenin, blessed the clinic and the gates were thrown open.

Hundreds of workers and their families rushed in. They toured spotless rooms, marveling at a place that now belongs as much to them as anyone. Signs bore the logos of the CU Anschutz Medical Campus and Children’s Hospital Colorado.

Judith Albino, former president of CU, walked among the throng.

“I am absolutely amazed by what I’ve seen here,” she said. “I’m so thrilled that the Colorado School of Public Health can be a part of this. This is exactly what we stand for.”