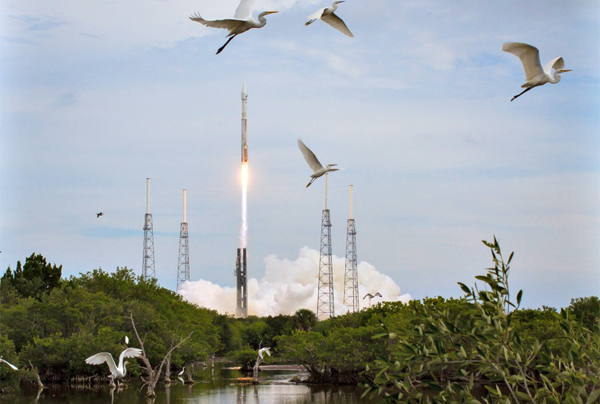 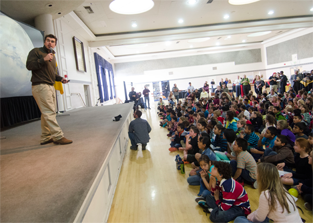 A $671 million NASA mission to Mars led by the University of Colorado Boulder thundered into the sky Monday from Cape Canaveral, Fla., at 11:28 p.m. MST, the first step on its 10-month journey to the red planet.

Known as the Mars Atmosphere and Volatile EvolutioN mission, the MAVEN spacecraft was launched aboard an Atlas V rocket provided by United Launch Alliance of Centennial, Colo. The mission will target the role the loss of atmospheric gases played in changing Mars from a warm, wet and possibly habitable planet for life to the cold, dry and inhospitable planet it appears to be today.

“Our team is incredibly excited,” said Bruce Jakosky, MAVEN’s principal investigator who is at CU-Boulder’s Laboratory for Atmospheric and Space Physics (LASP). “Everything went absolutely perfectly, exactly as we had planned when we accepted the challenge to develop this mission five years ago. Now it’s on to Mars.”

The spacecraft is carrying three instrument suites. LASP’s Remote Sensing Package will determine global characteristics of the upper atmosphere and ionosphere, while the Neutral Gas and Ion Mass Spectrometer, provided by the NASA Goddard Space Flight Center in Greenbelt, Md., will measure the composition of neutral gases and ions.

The Particles and Fields Package, built by the University of California, Berkeley, with some instrument elements from LASP and NASA Goddard, contains six instruments to characterize the solar wind and the ionosphere of Mars.

NASA selected the MAVEN mission for flight in 2008. Scientists think Mars was much more Earth-like roughly 4 billion years ago, and want to know how the climate changed, where the water went and what happened to the atmosphere, said Jakosky, also a professor in CU-Boulder’s geological sciences department.

CU-Boulder also is providing science operations and directing education and public outreach efforts. NASA Goddard provided two of the science instruments and manages the project. In addition to building the spacecraft, Lockheed Martin will perform mission operations. NASA’s Jet Propulsion Laboratory in Pasadena, Calif., is providing program management via the Mars Program Office, as well as navigation support, the Deep Space Network and the Electra telecommunications relay hardware and operations.

MAVEN is slated to begin orbiting Mars in September 2014. For more information about MAVEN visit http://lasp.colorado.edu/home/maven/ and http://www.nasa.gov/maven.