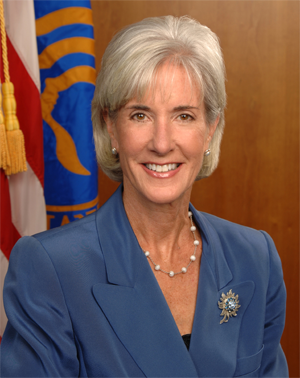 Kathleen Sebelius, secretary of the U.S. Department of Health and Human Services

Kathleen Sebelius, secretary of the U.S. Department of Health and Human Services, will deliver the keynote address at the University of Colorado Boulder’s annual Conference on World Affairs, to be held Monday through April 11.

Sebelius’ address, “The Globalization of Health,” will be presented at 11:30 a.m. Monday in Macky Auditorium. All of the conference’s 200 panel discussions, performances and plenaries are free and open to the public.

Among this year’s topics are sessions on terrorism, entrepreneurs, Iran, depression, vengeance, the military, STEM education and poverty. Unlike other conferences, which set an agenda for speakers, CWA panels are created from topics suggested by the participants.

More than 100 participants from around the country and the globe will pay their own way to travel to Boulder for the 66th gathering of what the late Roger Ebert dubbed “the Conference on Everything Conceivable.”

Gordon Adams, a distinguished fellow at Washington’s Stimson Center and a veteran CWA participant, says the conference is the standout event of his year.

“It is the only meeting in the country where I can feed my right and left brains simultaneously,” he said. “It is a cornucopia of gifts, from culture and the arts to science, politics and economics, provided by some of the most entertaining and intelligent people I know.

“Where else can I read poetry in the morning, solve the federal budget crisis in the afternoon, and the next day do it all over again?”

New York Post associate editorial page editor Robert George, who describes the CWA as his “intellectual spring break,” will mark his seventh year of participation at this year’s conference.

“That’s what the Conference on World Affairs has become for me—a place to engage in lively conversation with some of the brightest people around,” George said. This year he will serve on panels ranging from “Put Your Weiner Away: Best Scandals Ever” to “Heroin’s Strange Return.” Says George, “I’ve been fortunate to be part of panels on politics, journalism, humor, improv, comic books, popular music, television, etc.—truly everything possible.”

Sebelius’ keynote address will be preceded by CWA’s colorful, annual opening procession. Led by Sebelius and CU-Boulder Chancellor Philip P. DiStefano, the procession will advance at 11:10 a.m. through the avenue of international flags on display in Norlin Quad and into Macky Auditorium, where DiStefano will introduce Sebelius.

Other highlights from the 2014 schedule include:

--Republican strategist and CNN and ABC News commentator Ana Navarro will give a plenary talk on “The Future of the Republican Party” at 11 a.m. Thursday, April 10, in Macky Auditorium.

--The Ebert Cinema Interruptus, hosted by author and broadcaster David Bender, will dissect “The Graduate” from Monday through Thursday, April 7-10. The Interruptus takes place each day at 4 p.m. in Macky Auditorium, with an uninterrupted screening of the film in Muenzinger Auditorium at 3 p.m. Sunday, April 6.

CWA attendees are encouraged to use public transportation as there is no event parking on campus. Free parking is offered on the second level of the Macy’s parking structure at the Twenty Ninth Street shopping mall in Boulder, located at the southwest corner of 30th Street and Walnut Street, from which a free HOP bus ride is available to campus during CWA week.

For a complete schedule and more information visit the Conference on World Affairs website at http://www.colorado.edu/cwa.