Three members of the University of Colorado community have been named recipients of the 2016 Thomas Jefferson Award, among the highest honors given at CU, the state’s largest institution of higher education.

The awardees were chosen for embodying and advancing the ideals of Jefferson, the third U.S. president and a Founding Father who greatly influenced American arts, sciences, education and public affairs. The annual Jefferson Award recognizes CU faculty, staff and students who demonstrate excellence in the performance of regular responsibilities at the university while contributing outstanding service to the broader community. 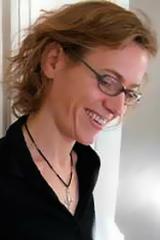 Julie Carr, Ph.D., associate professor, Department of English, University of Colorado Boulder. A gifted poet and inspiring teacher, Carr is committed to bettering the world through the arts. She is a notable scholar of Victorian poetry and contemporary feminism who has authored six books of poetry and a critical monograph on Victorian poetry; she also co-edited a volume on Romanticism and contemporary poetry. Her numerous awards include a National Endowment for the Arts Fellowship. Carr and her students bring poetry into local schools, helping children see themselves as creators and future citizens whose voices matter. She also is co-founder and associate director of Counterpath, begun as a nonprofit press for publishing experimental writing and scholarship. It now also encompasses a public gallery, event space and bookstore. In collaboration with the local community, Counterpath is developing a food-justice program and community garden. Before turning full time to poetry and education, Carr spent a decade in professional modern dance. 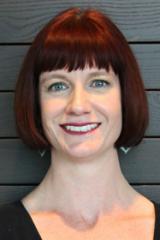 Michelle Médal, M.A., program assistant II, Department of Communication, College of Liberal Arts and Sciences (CLAS), University of Colorado Denver. Praised as a master organizer, enthusiastic event planner and astute manager of money and human resources matters, Médal allows faculty, staff and students to work and learn efficiently. She has served on the Staff Council, whose Service Excellence Award (2013) is among her honors. She also received the 2012 Friend of the Department Award and the 2013 CLAS Outstanding Staff Award. Médal’s commitment to community shines in the Zonta Foothills Club of Boulder, which advocates for the empowerment of young women. She served as president for two years and is currently a member of the four-state district board. Demonstrating a passion for student access, she worked at the Western Interstate Commission for Higher Education before joining CU Denver. Her long-standing CU ties include two degrees – bachelor’s in English, master’s in education – earned at CU-Boulder. 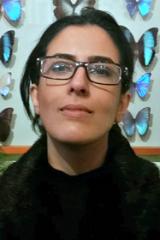 Arezoo Bahramirad, M.D. candidate (2017), University of Colorado School of Medicine at the Anschutz Medical Campus. A third-year medical student, Bahramirad was born and raised in Iran, earned her undergraduate degree in the Netherlands and master’s degree in mathematics at the University of North Carolina Charlotte. She plans to become an innovative, compassionate doctor, but isn’t waiting until then to make an impact on the community. Her volunteerism includes service at the Food Bank of the Rockies and The Medical Center of Aurora; she assisted in the emergency department during the Aurora theater shootings, caring for a dozen victims. She has helped coordinate resources to provide mental health care for patients and student peers coping with depression. At the University of Colorado Denver, where she completed pre-med studies, Bahramirad helped form a Women in Science group to encourage female and minority students to be more engaged in science classes.

A committee of CU faculty, staff and students selects winners. Recipients receive an engraved plaque and a $2,000 honorarium.