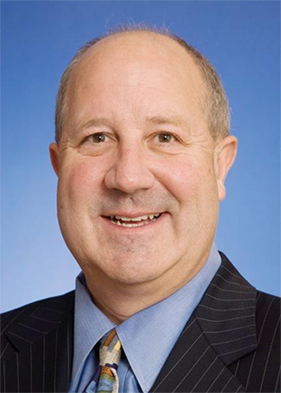 Steven Hayward has been appointed the first Visiting Scholar in Conservative Thought and Policy, the University of Colorado Boulder announced Wednesday.

Hayward, Thomas W. Smith Distinguished Fellow at the Ashbrook Center at Ashland University in Ohio, will begin his one-year appointment in the fall.

“Dr. Hayward brings an impressive breadth of knowledge to this position, having researched a range of environmental, historical and political issues,” said Steven R. Leigh, dean of the College of Arts and Sciences at CU-Boulder.

Hayward’s recent investigations of environmental issues “bring important dimensions to discussions on campus,” Leigh said. “He also shows dedication to our teaching mission, planning a well-defined range of courses. We are pleased that he will join us as a visiting scholar.”

Hayward is tentatively scheduled to teach four undergraduate courses, three in political science — Constitutional Law 1 and 2 plus a course in American Political Thought — and one in environmental studies, Free-Market Environmentalism.

Hayward will teach in both fall and spring semesters in 2013-14. He also will be encouraged to foster discussion by hosting public events in the campus community and perhaps around the state.

“This is a bold experiment for the university and me to see whether the ideological spectrum can be broadened in a serious and constructive way,” Hayward said.

Hayward added that the college classroom should not be a forum for ideological advocacy.

“Good teaching should make all students, of whatever disposition, better thinkers,” he said. “In the humanities, this should be done by considering fairly the full range of perspectives on a subject. That’s the way I intend to conduct classes while I am visiting at the university, and I hope that students of every kind of opinion will feel welcome in my classroom.”

Hayward holds a Ph.D. in American Studies from Claremont Graduate School. He has been the F.K. Weyerhaeuser Fellow at the American Enterprise Institute, where he was principal author and project director of the AEI’s “Energy and Environment Outlook.”

Hayward has been a visiting lecturer in the Government Department of Georgetown University and is a senior fellow at the Pacific Research Institute for Public Policy. He also has served as a Bradley Fellow at The Heritage Foundation.

Hayward’s essays have been published in The Washington Post, National Review, Weekly Standard and other publications. His most recent book, published in 2010, is “Mere Environmentalism: A Biblical Perspective on Humans and the Natural World.”

Since last summer, an advisory committee has been working to identify candidates for the visiting scholar position. The committee sought a “highly visible” scholar who is “deeply engaged in either the analytical scholarship or practice of conservative thinking and policymaking or both.”

The advisory committee that selected Hayward consists of five faculty members and five community members. Keith Maskus, associate dean of social sciences and professor of economics, chairs the committee but does not vote.

Maskus said committee members worked together extremely well and were committed to the goal of bringing an exceptional scholar to campus.

“I am delighted to welcome Steven Hayward to the faculty of the University of Colorado Boulder as our inaugural Visiting Scholar in Conservative Thought and Policy,” said CU-Boulder Chancellor Philip P. DiStefano. “His record of scholarship, commentary and publishing on subjects ranging from energy to the environment to the U.S. Constitution will spark further debate, discourse and critical thinking among our students and contribute to the diversity of our academic community.”

The Visiting Scholar in Conservative Thought and Policy is a three-year pilot program supported by private funds. More than 20 donors have raised $1 million to support the program.

Tagged with:
Brown, College of Arts and Sciences, DiStefano