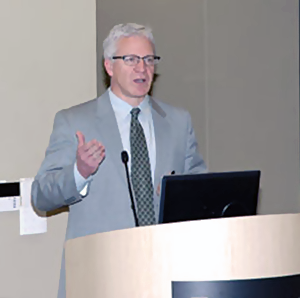 The words “fiscal cliff” weren't uttered, but the implication is not much different. Colorado is on an unsustainable fiscal course, a panel told an overflow audience in the University of Colorado Denver Terrace Room on Friday.

TBD Colorado is a nonpartisan, public engagement effort launched by Gov. John Hickenlooper to gather residents’ thoughts on how government should prioritize and allocate funding in education, health care, transportation and other areas. In the past year, more than 1,200 Coloradans in 60 meetings around the state shared their values and ideas.

“It was an opportunity to go straight to the people and let policy makers understand where the priorities are,” said Kae Rader, executive director of TBD Colorado (TBD is short for “To Be Determined”).

Other panelists were Chris Adams, executive director of Engaged Public; Jamie Van Leeuwen, the governor's deputy chief of staff; and Lisa Weil, policy director for Great Education Colorado. The panel was moderated by Diane Carman, director of communications, School of Public Affairs, and editor of Solutions, Buechner Institute for Governance.

The series, coordinated by the Buechner Institute for Governance, part of the School of Public Affairs at CU Denver, takes place on the first Friday of every month and focuses on policy matters and societal issues affecting Colorado and the nation.

The large-scale engagement effort cost $1.2 million and is funded privately by 40 contributors -- both corporations and foundations. The full TBD Colorado report will be released soon, Adams said. The TBD Board of Directors recommendations report was released last month.

The board's core finding is that the state's financial path is unsustainable without major fiscal and constitutional reforms. Adams said that when Hickenlooper announced TBD Colorado, he emphasized that the effort is not geared toward raising taxes, but to gather priority views at the grassroots level. Adams said a question was phrased, “Do you think the solution to Colorado budget issues primarily lies in spending cuts, revenue increases or both?”

Adams noted that Coloradans are concerned about K-12 funding, especially since the current ratios of funding -- two-thirds from the state and one-third local property taxes -- have flipped since 20 years ago. Likewise, he said the respondents generally have a “feeling of annoyance” about the way higher education’s funding is the first to be cut whenever the state is faced with budget constraints.

“There was a strong value expressed for a public and accessible system of higher education in Colorado, but again (they're) not quite sure what the solution is,” Adams said. “It might tie into some of these other funding issues.”

Rader said the meeting participants got a chance to use Backseat Budgeter program that allows you to plug in numbers in order to balance the state’s budget. People quickly saw how a policy maker’s job is “tougher than it looks because you have to live within certain parameters,” she said.

“This was really a convergence, especially of those three amendments in the Constitution (Taxpayer's Bill of Rights, which restricts spending and taxes; Amendment 23, which calls for minimum funding for K-12 schools; and the Gallagher Amendment, which affects property taxes) that tie the hands of our policy makers to set the budget,” Rader said.

She added, “We have to go to the people because it’s the people’s right to learn about this and to make a decision about how they want to move forward. If we’re going to have a sustainable future in Colorado, it’s got to be from the people.”

That echoed a concern from some audience members who said it's great to gather residents’ views, but the real issue is turning the work into tangible action.

Weil said Great Education Colorado, which represents educators throughout the state, is pushing for educational reform and that Colorado is generally viewed as a national leader in reform.

"I've never been more optimistic about the momentum that seems to be happening," she said. But she echoed sentiments that the TBD Colorado effort must result in action, rather than end up as another report sitting on a shelf somewhere.

"It would be really tragic to lose that goodwill and commitment that we've created in all of these core communities," she said.

Friday’s breakfast was sponsored by the Colorado Health Foundation.