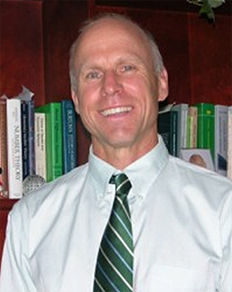 A mathematics professor who was recently an interim dean and the acting associate provost at the University of North Florida will be dean of the UCCS College of Letters, Arts and Sciences.

Peter Braza, a member of the UNF faculty for 24 years, was selected following a national search. His appointment was announced Tuesday by Peg Bacon, provost. Braza visited UCCS Feb. 23 and participated in on-campus interviews.

“Peter Braza brings excellent academic credentials and a wealth of experience that should serve LAS well,” Bacon said. “I am excited about the energy and ideas he will bring to campus.”

Braza will begin as dean of the largest UCCS college Aug. 1. The UCCS College of Letters, Arts and Sciences is one of six colleges at UCCS and enrolls more than 5,100 students annually. Braza will replace Tom Christensen who will return to full-time teaching and research after serving as dean since 2005.

Since 2010, Braza has served as acting associate provost at UNF. Previously, he served as interim dean of the College of Computing, Engineering and Construction and associate dean of the UNF College of Arts and Sciences. He joined UNF in 1988 as an assistant professor of mathematics, was promoted to associate professor in 1994 and professor in 2008. He earned a bachelor’s degree in mathematics from the University of Wisconsin, Madison, and master’s and doctorate in applied mathematics from Northwestern University, Evanston, Ill.

UNF, located in Jacksonville, is part of the State University System of Florida and was established in 1969. The university enrolls more than 16,500 students.

“During my visit, I was much impressed by the people and the positive culture at UCCS,” Braza said. “I am honored to be selected as the new dean of the College of Letters, Arts and Sciences. I will be proud to be a dean and faculty member at UCCS, and I hope to establish even greater ties with the community, for both faculty and students.”

In addition to teaching graduate courses in applied engineering mathematics, honors mathematics courses, and graduate courses in chaotic dynamical systems, Braza served on numerous committees including the Intercollegiate Athletic Committee, Foreign Culture Committee, University Technology Committee, and alumni giving program. He founded and coached the UNF Mathematical Modeling Team for five years, and he received a university undergraduate teaching award In 2003. He has been a member of the Society for Industrial and Applied Mathematics and the Mathematical Association of America.

Tagged with:
College of Letters Arts and Sciences

Finalists named for dean of the College of Letters, Arts and Sciences

Send your thoughts and suggestions for the Newsletter.
END_OF_DOCUMENT_TOKEN_TO_BE_REPLACED