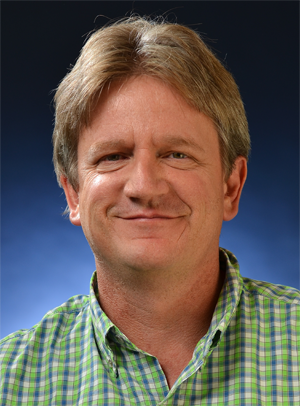 There’s more to developing a vaccine than finding the right ingredients to combat a disease; especially important is the stability of those ingredients, a long shelf-life and the ability to withstand sometimes brutal temperatures.

Ted Randolph, Gillespie Professor and co-director of the Center for Pharmaceutical Biotechnology at CU-Boulder, and colleagues recently were awarded a patent for an invention that Randolph hopes will contribute to the health and well-being of people around the world.

He spent his undergraduate years at CU-Boulder thinking about going to medical school. But after graduating, he found a summer job as a chemical engineer. He enjoyed the work so much that he dropped the idea of becoming a doctor and instead went to the University of California, Berkley, and earned a Ph.D. in chemical engineering.

While at Berkley, he worked on ways of modifying cholesterol to develop steroid products used in birth control pills and other therapeutics. That kicked off some of the research he has done since, including his work during the past two decades at CU.

“Grad school was so much fun, doing research and discovering things and learning what no one had known before. It was so fascinating that I came as close as I could to being in grad school permanently – I became a professor.”

1. How has your research contributed to the success of some vaccines?

A long time ago, I worked with various volunteer organizations and vaccine campaigns in Central and South America. It was very exciting and very interesting work, but one of the frustrations was that we had to keep vaccines very cold or frozen while working in an environment where there weren’t any refrigerators or electricity. It was very difficult and prevented us from getting vaccines to certain parts of countries because we could only travel within a certain radius of available refrigerators and electricity. That got me thinking about the stability of vaccines. Many vaccines on the market today are extraordinarily temperature-sensitive. Some can only last an hour outside of a refrigerator, for example. That makes it nearly impossible to take them into a developing country and that led to a lot of work our group has been doing over the past 21 years.

We’ve been trying to understand how to keep protein-based drugs and vaccines stable. The analogy I like to use is milk in a refrigerator. It’s a protein solution and if you leave it there for two weeks, it makes cheese. A protein-based therapeutic or vaccine needs to have a two-year shelf life, not a two-week shelf life, for practical purposes: We have to manufacture it, make sure it is in an acceptable state, ship it to pharmacies, ship it to doctors’ offices and then get it to patients. That takes a lot of time and to make that time, you have to figure out how to make these therapeutics and vaccines stable.

We’ve worked on lots of strategies in the lab to figure out the best ways to do that and to understand the pathways by which these proteins go bad and how to block or prevent that.

That has led to our most recent work. What we’ve done is take proteins and embed them in a glass-like substance that is made of organic molecules. It’s mostly sugar but it looks like window glass. Once proteins are stuck in this glass matrix, they can’t move and can’t react, so they don’t go bad anywhere near as fast. We’ve basically been able to take vaccines with short shelf lives or those that require extraordinary refrigeration measures and make them room-temperature stable for extended periods of time or for months at elevated temperatures.

Our most recent version of this was done in collaboration with Molecular, Cellular and Developmental Biology (MCDB) Professor Bob Garcea, who is just down the hall from us in our new technology building and that’s been exciting. He’s working on Human papillomavirus (HPV) vaccines. There are perfectly efficacious HPV vaccines on the market now; however, they have a few drawbacks. They have to be refrigerated, but must be discarded if accidentally frozen, and they cost a huge amount of money -- $400 a dose. He’s come up with new ways of making vaccine preparations that are much cheaper to produce and we figured out how to stabilize them. We’ve taken the new HPV vaccine and kept it at 120 degrees Fahrenheit for five months without having it lose activity. The vaccines no longer need refrigeration. Now we can take these to evolving countries without having to deal with all the obstacles that are presented there. In the end, it will have a dramatic health impact. HPV is associated with most of the largest incidents of cancer in developing countries. Women there aren’t able to afford $400 for a vaccine even if we could get vaccines to them. So if we make it cheaper and more stable, we’re hoping to cut down dramatically on the instances of cervical cancer.

2. The patent you received in August was for this method of encapsulating proteins. How is it done?

It’s basically a freeze-dried method. Nature does this quite a bit. Take seeds, for example. Sugars are produced in seeds and when they dry, they form these glassy matrices that protect the seed protein so it can stand to be dried for extended periods of time. Our method was very much grabbing an example from nature and extending it.

We’ve tried to explore many different possible ways to stabilize proteins. Some of the problems come from what I call the “protein personality problem.” Every one of these therapeutic molecules degrades in a slightly different fashion, and so a lot of our work has been trying to find what is unique for a given molecule and how it falls apart and aggregates. We look at what they have in common and what kinds of tests we can do to differentiate between the two to design the best and most stable product in a short period of time. There are a whole lot of different strategies, and different additives you can put in, and different ways in the process to make proteins stable.

But with vaccines, the most spectacular result to date has been this glassy state, freeze-dried preparation.

Our moving into this new technology building has been wonderful. At the end of the day, the grad students you work with and people you collaborate with down the hall make doing research fun. Research can be frustrating: Things go wrong, you’re up late, you struggle. But all the great people make it better. By moving into this building, those of us in the engineering department are surrounded by people who are in chemistry and MCDB and it’s been really nice to be able to make friends and collaborate. I think a lot of professors go on sabbatical in order to meet new people and start collaborations. In a way, moving into this building is like being on permanent sabbatical.

3. What other research have you conducted in the vaccine arena?

We’ve also done some interesting work on problems of protein aggregation. We’re back to the idea that milk in your refrigerator makes cheese. It turns out that in a therapeutic product, when proteins come together and aggregate, they do a couple of things that are not good. First, they lose biological activity so they no longer function as a drug. Second, if you inject this protein into a patient, the immune response will basically cause an allergic reaction to the drug and that can mean the drug won’t work at all. We’ve been trying to understand the process by which proteins aggregate and also figure out ways to undo that.

We’ve had some inventions that use high pressure to break up aggregates. Essentially what you are doing with high pressure is like unboiling an egg. When you boil an egg, all the proteins in that egg pump up and aggregate. By applying high pressure, you can go backward.

In the industry, what we’re looking at is proteins that aggregate during production. We take that aggregated protein and cause it to undo the aggregates or to remove traces of aggregates in therapeutic drugs to reduce the chances of patients having allergic responses.

We formed a company a few years back – BaroFold Inc. – that has been taking various products into human clinical trials on some drugs, including those for multiple sclerosis.

4. You have earned many awards for your research, publications and service. Is there one that stands out for you?

It’s always nice to get an award; it makes you feel so good. One that has meaning came from the American Association of Pharmaceutical Scientists and is one of the top awards for articles. The reason it was particularly nice is that I am a chemical engineer coming in from the outside and to be recognized by pharmaceutical scientists for my contributions is special.

The other thing that I’ve really enjoyed in the 21 years I’ve been here is seeing the success of grad students who are the ones that really do all the work. We sit in our office and they work in the lab all night. It’s really fun to go to almost any scientific conference around the world and meet one of my former students and hear what great things they are doing. It’s a validation of the kind of training that goes on at the University of Colorado where we are able to generate top-notch people. Some of them are very, very successful and are at the VP level in some very, very big pharmaceutical companies or are running research groups in various pharmaceutical companies and vaccine development companies. It’s great to see that kind of leader come from the training they received here.

5. Away from the labs and the office, what hobbies or leisure activities do you enjoy? 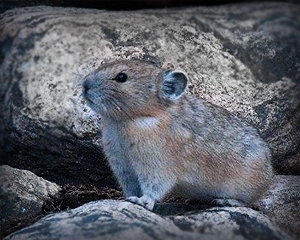 I’m big on the Colorado outdoors. I hike until I have to snowshoe and then I snowshoe until I ski and then I hike again. I try to be in mountains as much as possible. That’s what is so great about being here: there are so many places to go that are so close.

I have various pictures of animals I’ve photographed while I’ve been in the wilderness that are hanging in my office. I like to look at them to remind me of where I’ve been. I’m not sure if I have a favorite, but there is a little pika that looks out at me with a kind of happy expression. I guess if the pika can be happy sitting in that rock field, we can all be happy. Each of my pictures brings back great memories.