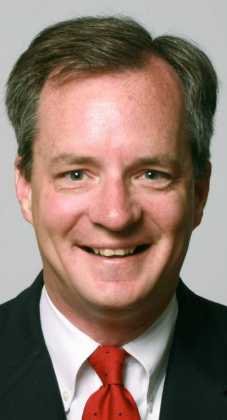 Since 1989, Steven Medema has been a member of the University of Colorado faculty, researching and teaching economics — from the history of economic thought to policy analysis and law, to public economics. He has authored several books and numerous scholarly articles, and serves as the director of the UC Denver University Honors and Leadership program. In 2008, he became a President's Teaching Scholar, the university's highest teaching recognition and a lifetime appointment.

Engaging students in the classroom is so important to him that a few years ago, he dismantled a successful introductory economics course and rebuilt it from scratch. It was different from anything he had read about or seen before, but the results proved worthy, he says, particularly when measured by the students' performance in applying economic analysis.

Whether sampling 2,000-plus years of economic ideas or applying economic analysis to areas as diverse as politics, religion, family life and economics itself, he wants students in his 17-week classes to have a worthwhile experience.

1. In your most recent book, "The Hesitant Hand: Taming Self-Interest in the History of Economic Ideas," you discuss the free market and self-interested behavior. Both recently have received a bad rap in this economic downturn. Do you advocate rules and regulations?
Actually, I take no position on whether self-interested behavior is good or bad — simply that it is a fact of life, one recognized by commentators on economic matters from Plato to the present. And, on the whole, markets have proved to be excellent vehicles for channeling self-interest in socially useful directions.

Given this, I have no sympathy for those who have called for rethinking the market system. The market worked just as it should have over the past few years. The incentives were there for certain types of behavior, and people acted accordingly. Needless to say, the problem is that the incentive structure was not as it should be in a few areas.

My view of the appropriate regulatory structure is that people should generally be allowed to do their own thing unless their actions impose significant costs on others. It's a position that you find in John Stuart Mill, and it is eminently sensible. Getting to particulars, we need to pull back from some of the deregulation of the financial markets that we've seen over the last 20 years — which, by the way, was a bipartisan effort. For me, it ultimately comes down to an analysis of the benefits and costs of specific regulatory measures.Of course, these are not easy questions, since benefits and costs are many and difficult to measure, and we all weight them differently.

2. You specialize in the history of economic thought. Can you give me an example of the best thinking in history as well as the most ridiculous idea? 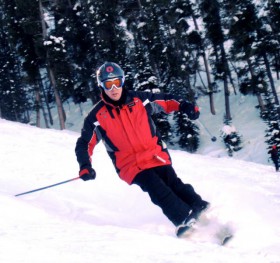 The best thinking, I believe, is found in Adam Smith's "The Wealth of Nations." It is an amazingly powerful and insightful book, and one massively misunderstood by those on the left and on the right. Smith had an amazing grasp of the mechanics of the market system and its possibilities, as well as of the potential problems associated with state action. But he also had no patience for businessmen, accusing them repeatedly of doing whatever they could to exploit the consumer. A clear-headed reading of Smith reveals that he was at once a big fan of the market system and at the same time recognized that a wide range of legal controls are necessary to make the market system work well.

The most ridiculous idea is much more difficult, since I tend to teach the history of economic thought with a view that there are no ridiculous ideas — that when we consider the context in which the ideas were developed, there tends to be a sensibility about them, even if they seem cockeyed from the perspective of the present. But I guess that I'll come back to Adam Smith on this one — not to his own work, but to interpretations of it. The idea that Adam Smith was a laissez-faire economist has to stand as one of the most ridiculous ideas going.

3. Several years ago, business ethics — both in the workplace and in college classes — was trendy (at least from a media perspective), but some might argue the attempt has failed to produce desired results. What's your reaction?
I'm not convinced that the college classroom is the place to learn how to behave ethically, and I've never been confident that taking business ethics classes turns those who would otherwise behave unethically into ethical human beings. For me, this is something that goes much deeper, and to issues of character formation that have their genesis long before one arrives at the university.

4. Your Web site contains links to sporting gear companies such as Spyder. Any particular reason why you chose that company? You also mention organ donation several times. Can you tell me why you support the cause?
That's rather dated material, as I have not updated my Web site in a couple of years! But it is all skiing and ski racing related. I did a lot of ski racing when I was younger and am still out on the hill regularly, occasionally running gates. I've been wearing Spyder gear since I was a teenager, and I think it's exceptional stuff.

About eight years ago, my uncle was diagnosed with a serious liver disease. By the fall of 2003, it was clear that he had less than a year to live unless he received a liver transplant, and the nature of his condition was such that he was unlikely to rise to a high enough place on the national list to get a liver from someone who had just passed away. I decided that I should investigate whether I was a compatible living donor, and it turns out that I was indeed compatible. And so, on March 9, 2004, we did the transplant surgery. It was a very rough ordeal for me (many complications following the surgery), but my uncle made an astounding recovery and is doing very well today. I would do the donation again in a heartbeat, even given the many complications I had, but it would be nice if enough people donated their organs upon death so that we did not have to rely on living donors.

5. Do you think an economics class or classes should be required for graduation?
I am of two minds on this. My libertarian streak says "no," but my interest in having an informed citizenry says "yes." But I think I'll go with my libertarian streak on this one. I don't see courses in economics as any more (or less!) intrinsically important than courses in philosophy, history, foreign language and the like, so I am loath to say that everyone should have to take an economics course when you can't specify a university core so large that it includes a course from virtually every discipline. I will say, though, that a nodding acquaintance with basic economics is an essential component of being an educated person, but so too is such an acquaintance with literature, history, etc.