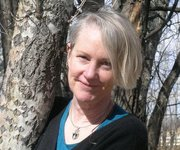 It was common to find live butterflies flitting around and jars of caterpillars and collections of sea shells and feathers and pressed leaves decorating M. Deane Bowers’ room when she was growing up in Florida. Her parents were supportive of her fondness for the natural world, and so were college professors. Now, she says, she’s lucky enough to get paid for doing what she loves.

Bowers is curator of entomology at the University of Colorado Museum of Natural History and is a professor in the Department of Ecology and Evolutionary Biology. Before coming to CU in 1989, she was associate professor of biology and the Hessel Associate Curator of Lepidoptera at Harvard University. As a post-doc at Stanford, she worked on checkerspot butterflies in California, and the species still remains one of her favorites.

Her research looks at how plants and insects interact with the environment and each other, as well as the effects that climate change and human disturbance have on communities of insects. She teaches a variety of courses, including insect biology, and through the museum, a course in collections management. She especially likes this class because students come from many different disciplines, from botany to paleontology to anthropology to art and art history, education and even exhibit design.

“What I really love about my job is teaching -- both grad students and undergrads,” she says. “I like seeing them excited about learning how to do research and excited about their results. I enjoy watching them develop into successful scientists who love what they do.”

1. What are some recent developments at the museum? 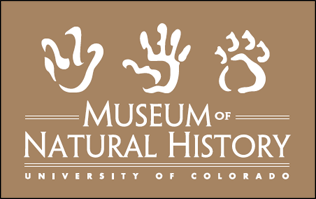 We just found out we got a grant from the National Science Foundation to fund a program to digitize collections. This is a consortium of 10 different universities in the Southwest that will take the information associated with insect specimens, and for some, to photograph them, and to make the information available through several different web-based portals so that investigators can access the collections. That will start probably in July and August. This is one of the big goals of a lot of museums. Data from museum collections is one way to find out where climate change is affecting insects. We can use data to determine when plants were blooming 50 to 100 years ago, or at what elevation you find particular species, or when a particular species of bumblebee was flying. It’s the kind of information people have used to determine how climate change is affecting the population of plants and animals.

2. What is some of your current research focused on?

The species I’m working on, the Baltimore Checkerspot Butterfly, is becoming rare because its host plant occurs in wetlands habitats. I’m doing a fair amount of work with people in Maryland to develop some plans for re-establishing sites where the host plants can occur and to re-introduce the butterfly to those sites. I’ll be going out there in a month or so to work on restoration projects and figure out what you need to do to make the habitat appropriate for the butterflies. The work has been very satisfying because we’ve made progress.

Although I’m interested in how human changes to the environment affect insect populations, I’m especially interested in how those changes play out in terms of multitrophic interactions. That would be the plants, and the insect herbivores feeding on those plants – mostly caterpillars -- and how changes affect the interaction of these caterpillars with their own natural enemies, such as predators and parasitoids. For example, if a caterpillar starts feeding on an introduced weed, that might slow its growth rate and that may mean the caterpillars could be vulnerable to getting eaten for a longer period of time. So if it takes four weeks to metamorphose into an adult instead of two weeks, that slower growth rate may mean they’re sitting around on plants, vulnerable to predators for a longer period of time. So I’m interested in how changes in plant chemistry, or plant use patterns, have effects farther up on food chain.

In Colorado, I’m interested in some invasive plant species, especially in how plant chemistry affects the interaction of plants with insect herbivores. The Dalmatian Toadflax, for instance, is an introduced weed that has been incorporated into the diet of native North American herbivores. Some butterfly species native to Colorado have started feeding on introduced weeds because the chemicals in the plants are similar to those of their native hosts. It can be positive, because it gives butterflies more host plants, but it can also be a real problem. Other researchers have found that an invasive weed called garlic mustard attracts native butterflies, which lay eggs on it, but there are chemicals in the plant that are toxic to the caterpillars.

I’ve also done a lot of work on predators. Parasitoids -- organisms like wasps and flies -- lay eggs inside caterpillars and the larvae of the wasps and flies develop in the caterpillar, ultimately killing it. If you’ve ever seen the movie “Alien,” then you understand a parasitoid. The alien developed inside humans then suddenly it burst out and killed the humans and metamorphosed into another form. That’s exactly what these parasitoids are doing in caterpillars. The caterpillar can be filled with hundreds of developing wasp larvae, and when they’re ready to pupate, they kill the caterpillar.

3. Do you have a favorite insect and/or plant?

Several different species of checkerspot are in Colorado, occurring in wet meadow habitats. The host plants they feed on are long-lived perennials so during drought years, the plants, such as penstemons, may not be big enough to support the growth of caterpillars so the caterpillars can starve to death.

4. As a gardener, what can you do to attract more insects to your yard?

Using pesticides is worst thing you can do. A common one, a natural insecticide called bee tea, is really toxic to caterpillars.

5.  Do you also incorporate your love of nature in your leisure activities or hobbies?

I love to hike and camp. I also spin wool and weave and I’m into natural dying, especially with insects. In my inspect biology class, we do a lab where we grind up cochineal bugs, which make red, pink and orange dyes.  We then tie-dye a silk scarf.

Another insect used for dying is called the lac. True shellac actually comes from this insect, although now, most shellac is synthetic. Once the shellac is extracted from the insects, the bodies are ground up to make a red powder.

I like to dye with plants, too. Indigo is one of the best known and makes blues. Madder makes red or a reddish-orange; Brazil wood makes different shades of purple; and you can get yellow from goldenrod or turmeric. One of the big things about natural dying is that you want something that is lightfast. Beets give you a beautiful pink but it turns grey after it’s exposed to light for any period of time. Cochineal, though, is a very lightfast red.

I weave rugs and give most of them away. I make them for my Ph.D. students when they finish and give them to friends as gifts.

Cover Photo of Butterfly by Larry Harwood /University of Colorado

Tagged with:
University of Colorado Museum of Natural History