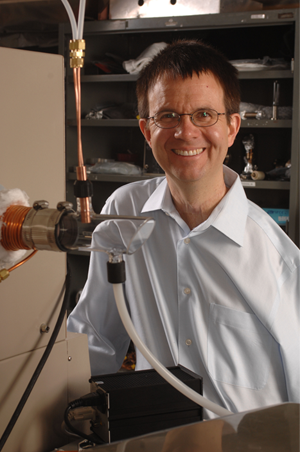 Since its formation 50 years ago, JILA, the joint institute of the University of Colorado Boulder and the National Institute of Standards (NIST), has been the site of groundbreaking research and has produced three Nobel Prize winners, including its current chair, Eric Cornell. He shared the esteemed award in physics in 2001 for discovering the fifth state of matter and producing the first “pure” Bose-Einstein condensate.

Cornell is a JILA/NIST fellow and adjoint professor in the Department of Physics. After earning degrees in physics at Stanford and MIT, he came to CU for post-doc work under the supervision of Carl Wieman, who shared the Nobel Prize in 2001 with Cornell. After two years as a post-doc, Cornell was offered a staff position, something he said was “too good to pass up.” He liked science and math in high school, and physics was a good fit for his strengths.

“Physics is famous for being able to explain a lot of things with a relatively small number of ideas and it suits my tastes of what makes for elegant science,” Cornell says.

He has won numerous awards for his research and work in the scientific community. In 2005, he was elected a fellow of the American Academy of Arts and Sciences. As a Nobel laureate, he could easily crisscross the world, “giving speeches every week of the year. I had to learn to say ‘no’ so I would have time to do my own work.” And while the recognition has complicated his life some, it has also helped him gain funding for his current research.

Despite pop culture depictions of physicists via the TV hit “The Big Bang Theory,” Cornell said his colleagues are not like the sitcom characters.

“While I do think it’s funny, the average scientists you’re going to meet are a lot less inept than Sheldon,” he says. “And a certain number rather look more like Penny than Sheldon or Leonard.”

While he recognizes bits of himself in the show, he wouldn’t recommend it for people who want to try to learn science. Instead, he said, the movie “Apollo 13” accurately illustrates scientists and how they act under pressure.

1. JILA will celebrate its 50th anniversary in July. What are some of the changes that have occurred at the institute over the years? 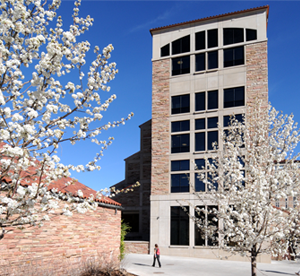 It’s definitely gotten bigger. I’ve been here for 22 years and it has almost doubled in size in terms of people. That’s a consequence of things going really well: people want to come and be a part of it and learn how to be scientists and we’re happy to oblige. The things we focus on have evolved over time. When I first got here, the notion of working at very low temperatures wasn’t a big part of our culture, but now a lot of our science deals with how close we can get to absolute zero. Similarly, when I first got here, we did a lot of spectroscopy on atoms and molecules, looking at wavelengths, but now there is an increased focus on the ultra-fast. We use a laser as a strobe light to determine the fastest kind of physics we can observe. So ultra-cold and ultra-fast are very much the frontiers we feel we own at JILA.

2. What other accomplishments by JILA researchers do you consider important and how have they helped humankind?

A third frontier we own is the frontier of the very, very precise. This was around when I got here in 1990, and we’re still very big in that. On campus, if someone is measuring a number that has nine digits in it, chances are that’s being done at JILA. That’s an outgrowth of our predominance in laser technology. We have lasers that are very stable and very precise and allow us to measure very carefully, which is a way of getting at new scientific truths. By measuring something very carefully, especially if it is something you can compare against very precise theory, and you see tiny differences between those two, that can point the way to new scientific ideas. An entirely different component is that we’re also an astrophysics institute. The astrophysicists here are involved in the atmosphere of stars and how galaxies are formed. They’re mostly theoretical people and are very active and represent a fourth leg of JILA.

As for how we touch everyday life, just look at where you find lasers. If you make a long-distance call, it doesn’t go over copper wire anymore, it goes over glass fibers. Going in and out of those glass fibers are lasers, and that grows out of the technology that we’re very good at here. Something else we do is measure time very precisely. If you go up into space, there’s a whole constellation of satellites orbiting the Earth and each one contains a very good atomic clock, which is based on atomic physics that has been partially developed at JILA. Those clocks are used to run the GPS system. So, precise clocks connect to precise navigation. Such precise navigation used to be only for airliners, but now many of us have it in our cars. And while this isn’t around yet, we’re looking at using lasers to detect very small amounts of chemicals that could be markers for diseases or explosives.

3. Why is the recent expansion of JILA so important to researchers? 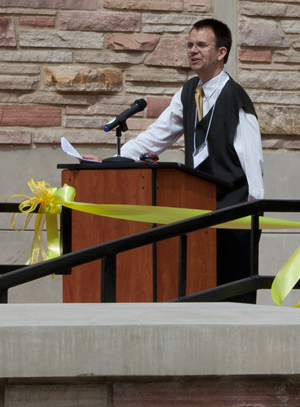 Part of it is because we were very crowded. Some of the labs were on the brink of becoming unsafe because we had so many students working with so much equipment all in such closed quarters. We really needed to expand out of those labs. Similarly, we had some offices with 10 students in them with no windows. They were like caves. When you think about how much of the work and creativity comes from students here, that was a crying shame; we needed to do something to show they are a valued part of our community, to get them out of caves.

A lot of our labs were built in the 1960s. At the time they were very high-quality labs. But the labs, the rooms themselves, are sort of technical objects; they need to have a stable temperature and high-quality electrical power, among other things. They were state-of-the-art in the 1960s, but 50 years go by and you can imagine that they are not quite as up-to-date. Most of the labs had been renovated over the years, but it becomes increasingly more expensive to renovate laboratories and bring them up to modern standards. It can actually be less expensive to build new ones than to renovate old ones. That said, we are hanging on to our old labs. Some projects that require the most cutting-edge laboratory standards are moving into the new labs, and projects that are able to tolerate a slightly less good environment are expanding into the space that is opening up in the old part of JILA.

Several professors and technical staff worked closely with the architects, specifying what we needed. Obviously none of us is a professional architect, but we definitely feel we put our own stamp on how this building looks and works. With some updating, we might be able to get another half century out of the labs just as we got a half century out of the old labs.

In the old labs, the floors were built like those in an apartment building, which means they had some shake to them. They vibrated a little bit. The new labs are solidly constructed, and 30 years from now, we’re still going to want to have floors that don’t vibrate. It’s impossible to guess what other features we’ll want, but I think this will be a good framework to add to. For instance, you can’t see it when you come in, but behind each lab is a service corridor that has plenty of space. If we decide we need hot and cold liquid argon or something like that, we’ll have a place where we can put in the pipes.

In the new labs, there’s a clock that is so accurate it might not lose even one second in a billion years. And we expect to have a laser that we will use to make X-rays that can look down inside the nucleus of a cell. It can pass right through the water in the cell and take highly detailed pictures of the inside of a cell. We will have the ability to detect a single photon of microwave radiation, and we’ll have the world’s coldest molecular gas.

4. Are you still researching ultra-cold?

I still work on ultra-cold atoms, but I also have an experiment in progress to measure a very old-timey particle – the electron. It’s been around in physics for a century and you’d think by now we’d know everything there is to know about it, but in fact there remains a question about whether the electron is perfectly round or egg-shaped. So far, every time someone has measured it, they find it to be completely round.  The answer is important because there are some who think it’s not round. These are the same  people who came up with an explanation of what happened in the early part of the Big Bang to explain why people are made out of matter and not anti-matter. We can’t go back to the Big Bang, so we look at electrons as little fossils left over from those days. The fossils are less important than answering the questions of why we are made out of matter, but they are things that we have the option of measuring. If it’s egg-shaped, it’s a tiny little asymmetry in the world that we can see, and if we see it, it will help explain that deep mystery that dates back to 10 billion years.

5. JILA has several public outreach programs. Why do you feel this is so important?

Our primary outreach is Partnerships for Informal Science Education in the Community (PISEC) and it involves middle school students here and in Longmont. Our grad students and post-docs go to middle schools and do fun scientific projects. I like it for a couple of reasons. I think it brings a little view of science to populations that generally are underserved by scientists. It’s also really good for our graduates because it gives them a chance to try to explain science to a nonscientist. It gives them a chance to think about what’s important about their own research and express it in as condensed a way as possible. I like to tell them that if you can explain your scientific research to a seventh-grader, then with only a tiny bit more simplification, you should be able to explain it to a congressman.