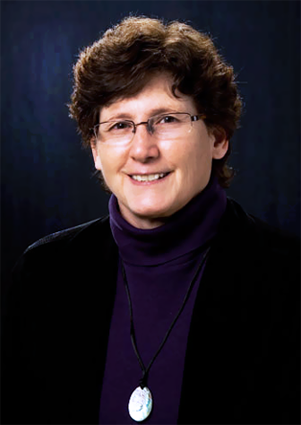 The military has always been a part of Deborah Kenny’s life. Her father was a musician in the Air Force and her family lived in Colorado Springs. While in nursing school, she learned that the army would pay for her final two years of study if she joined. She did. She served in a variety of army leadership positions, and through her research roles, including at Walter Reed Army Medical Center, she helped improve patient-care procedures. Over the years, she also received several adjunct appointments at universities and those roles helped prepare her for the next phase of her life.

Retired Lt. Col. Kenny said she left the military in 2009 with “a smorgasbord of studies” and now, as the associate dean of research and professor of graduate nursing at Beth-El College of Nursing and Health Services at the University of Colorado Colorado Springs, has returned home and is continuing her research, including studies that examine the effects of war.

She’s happy to be back in Colorado, where she can pursue her love of the outdoors. She’s a hiker, skier and camper, and she also loves horses. “They’ll tell you that I’m horse crazy. Both are true. I love horses and I’m crazy. I recently had a bad fall and got hurt pretty badly. But I’m going to get back on my horse.” One of her latest adventures is gem hunting. “There are lots of gems in Colorado but I’m not going to tell you where they are. I’ve found some really good ones. I have a 15-carat topaz that I need to get cut.”

Her one regret, she says, is never having had the privilege to deploy. “Only veterans will understand this. It’s like training for the Super Bowl and sitting on the sidelines.” While colleagues were in Iraq and Afghanistan, she remained stateside. “On the other hand, being at Walter Reed, I was involved in the care of service members. I can say with all honesty that these young kids who were injured were the best human beings I’ve had the honor to meet. We need to be proud of these young men and women because they signed a blank check and some of them paid a heavy price. Some of them paid the ultimate price.”

1. Tell me about your time serving in the military.

I spent 24 years in the military and I did a lot of things. I was chief nurse of a combat support hospital at Fort Bliss, Texas, head nurse of the hematology oncology ward at Fitzsimmons, and a research nurse at Walter Reed Hospital. My final job before coming to UCCS was as the executive director of the Tri-Service Nursing Research Program (TSNRP). The TSNRP basically got $6 million in earmarks every year to provide nurses with research money because there were no other funding avenues. One of my goals was to get the program permanently funded. I was able to accomplish that right as I was leaving in 2009. I achieved that goal and am very proud of that.

As a research nurse at Walter Reed, I was involved in a variety of studies. One looked at using PDAs for medics to help them study so they didn’t have to worry about carrying heavy books around. We found a significant increase – not in test scores – but in their ability to pass the course the first time. If the medics don’t pass the first time, they are recycled through the class again and it’s expensive. We got them to a 95 percent pass rate.

In another, I collaborated with a nurse researcher at the National Naval Medical Center in Bethesda and we developed a program for evidence-based practice. We had returning soldiers who survived horrific injuries only to die of blood clots. We implemented a DVT (deep vein thrombosis) risk assessment for all service members. Nurses performed the assessments and doctors were able to institute the appropriate treatment to help patients survive.

Every assignment had its ups and downs. I loved being chief nurse of a combat support hospital. I really liked the field stuff, playing GI Joe, going through the obstacle course, doing the land navigation with maps because we didn’t have GPS. What I learned the most about, and what was taught either formally or inadvertently, was leadership. When you are in the military, you’re expected to be a leader from day one.

2. Some of your current research concerns women veterans and homelessness. What have your studies uncovered?

When you do a literature search for studies on women veterans, you find very few, and the information is lumped in with males and not differentiated. Those studies are data driven and quantitative, but I wanted to know these women’s stories. In a pilot study, we’ve interviewed some women who ended up in shelters. These women have multiple issues and need individually tailored help. The cookie cutter approach the Veterans Administration seems to be taking with them isn’t working. The women we talked to had pretty horrific backgrounds, including some who had used the military as an escape. We need to recognize they are good at covering up their issues and we need to figure out how to help them while they are in the military. In addition, transitioning from the military to civilian life is not easy: you go from complete structure to no structure. Think about it: Women in the military, especially in the line units, hang out with guys – cussing, smoking, doing guy things. Shucks, I smoked cigars when I was in the field. You come out into civilian life and try to get a job, and you are used to acting like a guy so you don’t know how to be a professional woman.

I’ve also done a couple of studies on caregiver fatigue in nurses. In the first study, we looked at four groups of nurses: 1) Those who deployed, 2) Those not deployed but caring for soldiers, 3) Those who didn’t deploy and were not caring for soldiers, and 4) reservists called into duty. Those who deployed and those who were caring for soldiers had the same symptoms: compassion fatigue, secondary traumatization and PTSD (post-traumatic stress disorder). Those caring for soldiers had prolonged, personal exposures to the injured and listened to their stories and the devastating effect the injuries had on them. For instance, there was the kid who lost both arms and his eyesight.  How do you expect him to work his prostheses? Here’s a 20-some-year-old who will be dependent for the rest of his life so you can imagine the moral angst surrounding the quality of his life.

Working with the Tri-Service team, I am also doing research on nurses to find out how they developed clinical knowledge when they deploy. For instance, you might have an Ob/Gyn nurse working in ER. Over the course of eight years, we interviewed more than 500 nurses and 75 injured service members. We learned so much more than their skill development: We learned about the mass casualty processes and how nurses put aside personal feelings to ethically care for enemies who had just killed their comrades, how they coped with leaving kids and families behind, and how they dealt with caring for these service members who had survived massive injuries they never would have lived through in previous wars, and the different case management systems in each military branch.

3. What was your reaction to the announcement that women in the military will be allowed into combat roles?

I have mixed feelings. If you talk with any woman who has deployed recently, they’d say, “What? Women aren’t allowed in combat?” We’ve had women in combat situations throughout both these wars, even medical personnel -- defending themselves, defending their buddies, sometimes even protecting the enemy. When injured enemies were being cared for on the hospital ships or in the combat support hospitals, the nurses protected them by giving them the best care possible, and also sometimes having to protect them from the incoming fire at the combat support hospitals or the rockets being fired overhead.

These women have gotten hurt and killed alongside their male counterparts; they come back with mental health issues at a rate even higher than male counterparts. There is no front line anymore; it’s very blurred. The enemy doesn’t have a boundary. The difference is in semantics. We already have women in combat support and combat service support, so now they will be in jobs that are direct combat. The downrange environment is fraught with problems. Can you imagine having to meet hygiene needs lying under a truck because you don’t want the guys to see you? Or trying to keep up with the guys while you’re carrying a pack that is a higher percentage of your body weight than a guy’s? There are some women who can outdo the guys, and women are just as patriotic and some are just as tough as the guys.

4. Do you have a special reminder of your time in the military?

I have a framed flag and certificate that was given to me by a friend who had the flag flown over Afghanistan in my honor while she was there. I like it because it’s the closest I’ll ever get to deploying. I’m willing to bet if I ever unfolded that flag, sand would fall out of it because they had to put up with so much dust over there. It’s just a reminder of the sacrifice the service members make when they sign on that dotted line.

My parents were my heroes. My dad was 36 and I was 14 when he suffered a severe head injury in a car accident. He wasn’t expected to make it, and when he did, they said he would be in coma for the rest of this life.  And when he started coming out of the coma, they were really surprised. What we went through as a family was really ugly, but we came out as better people. We had a role model that let nothing get him down. He had a huge sense of humor and got his speech back by telling the same stupid jokes over and over again. He almost got back to normal. He taught us to never give up because we could always reach higher. He was a well-known musician. When I once asked him what he thought his life would have been like had he not had his head injury, his response was, “I don’t bother to think about the ‘what ifs,’ only the ‘what is’ and deal with it.” That’s kind of my motto.

From my mom I learned the domestic stuff. Every fall she would sit me and my sister down with yarn and knitting needles and we’d make slippers and take them to the orphanage that was here. I also learned resilience from her. She had to make it through my dad’s head injury and other things. My parents always lived the values they wanted us to have.