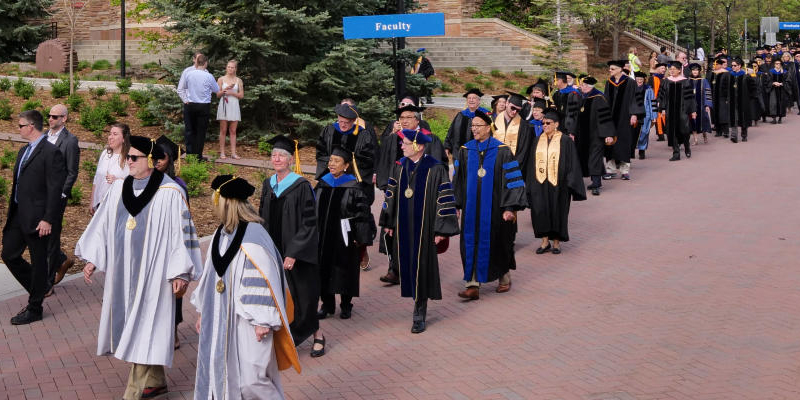 Faculty governance groups at the Boulder campus and system level last week leveled criticism at CU President Mark Kennedy over what they say are concerns pertaining to shared governance and to diversity, equity and inclusion (DEI).

On April 1, a notice of motion for a resolution to censure Kennedy was presented to the Boulder Faculty Assembly (BFA). Unlike a normal procedural motion, the process for any resolution calls for a notice of motion and discussion by the campus, then consideration at the next BFA meeting. A vote on the motion approving the resolution will take place at the April 29 BFA meeting. At that time there will be a call for a BFA member to move the motion and for a second. Then, following BFA procedures, amendments to the resolution can be considered and then a vote taken on the final form of the resolution.

At the April 1 BFA meeting, the chair indicated that several Boulder faculty assembly members sent him a letter requesting a resolution be brought to the BFA. Once this request was made, the BFA Executive Committee, following bylaws, placed it on the agenda.

Kennedy said he understands the concerns and respects the BFA’s right to bring forward a motion, but he also believes CU is making progress on DEI.

“I am committed to working with our faculty, staff and student shared governance groups, and with anybody else inside or outside the university who shares our priority.”

Also on April 1, the systemwide Faculty Council’s Executive Committee passed a resolution of reprimand of President Kennedy. The statement indicates, among other things, the committee’s support of the BFA to pursue such a censure.

The BFA-M-2-040121 Motion to Censure is slated to be voted on at the BFA’S April 29 meeting. Voting members must be logged into the Zoom meeting in order to vote.