Facing formal criticism from three of its committees, the Faculty Council last week voted to pursue a proposed course of action for addressing a lack of diversity within its leadership ranks. 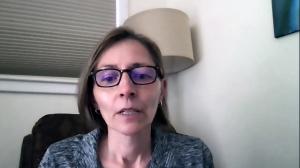 During the May 6 Faculty Council meeting, held virtually, Chair Joanne Addison presented a request from three council committees calling on the Executive Committee to make a greater commitment to diversity in its leadership.

“Our Executive Committee next year will be less diverse, and this is really problematic for all of us,” Addison said. “I think we have some real issues around us on Faculty Council.”

The Faculty Council Executive Committee consists of the council chair, vice chair and secretary, as well as the four leaders of the campus-based Faculty Assemblies. The group identifies goals and priorities for the year, sets Faculty Council meeting agendas and more.

The council voted to make the call to action a formal resolution, which it also voted in favor of adopting. It calls for the Executive Committee to create an action plan to be presented at the first Faculty Council meeting of the 2021-22 academic year.

The resolution asks that the action plan be reviewed by all Faculty Council committees, which will provide feedback, followed quickly by implementation. The document also asks that the Executive Committee immediately be expanded to include one voting Faculty Senate member who is nominated from among the CREE, Women’s and LGBTQ+ committees, “in order to make space right now for someone who can represent our intersectional interests.”

“We believe in the power and value of shared governance as well as the importance of our committees to Faculty Council. For far too long, however, minoritized faculty have not been actively encouraged to participate in shared governance nor elected to leadership positions when they do, disenfranchising many of us,” states the resolution. “It is clear Faculty Council has much work to do around inclusive leadership practices.”

The resolution points to how the incoming Executive Committee as elected on April 22 will be less diverse than in recent years, “especially in those positions elected directly by Faculty Council.” The council elects a chair, vice chair and secretary.

The resolution also states that Faculty Council never has had a chair from CREE. Only two chairs in the past 30 years were from the LGBTQ+ Committee, and only two chairs were women-identified members of the Women’s Committee; none of those four was a person of color.

Incoming Faculty Council Chair Mary Coussons-Read said she’s hopeful that council and committee members can collaborate and “figure this out together.”

“I agree this is incredibly important,” Coussons-Read said.