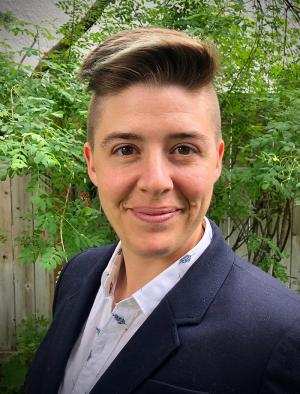 In early March, a shiny magazine—the Spring 2021 issue of Alpinist, a magazine for mountaineers—arrived in my mailbox. The issue included a short article I wrote about down sleeping bag testing during World War II. Because I’m a historian of the outdoor industry, the publication’s readership represented an ideal popular audience.

In the process of seeing my work go from draft form to final publication, I learned anew about the different relationship that publishing beyond academia has with facts, interpretation and the process for getting it right. Fact-checking was time-consuming but ultimately rewarding for me personally and for my scholarship.

Most college faculty recognize the importance of our research having an impact out in the world. The messaging around reaching that elusive popular audience often focuses on making the writing accessible. This is for a good reason — we cannot hope to interest people picking up our writing if we use insider jargon or speak to narrow debate in our field’s literature. While the editor’s comments on this article helped me move in the direction of a lively, narrative style, I took another major lesson from the process of writing this piece.

After I submitted it to the magazine, my short article went through extensive work with a fact-checker, a process that had been opaque to me before. That process strengthened my scholarship, how I keep track of citations, and my understanding of what kind of analysis I had to offer the public.

The history of sleeping bags is not a particularly contentious topic in 2021 and neither was my work with the fact-checker. By describing my communication with the fact-checker, I aim to illuminate the process for others who hope to get their writing published in popular fora. While the process will be familiar for those who already have made a practice of writing op-eds or other popular pieces, it will hopefully be of use to other professors who know they have the writing chops and big ideas to share with a broader world, but still have some questions about how that writing gets to the publication stage.

With my own writing, I worked with a fact-checker over several weeks to address questions he had about my claims, a dialogue far longer and more complex than the 750-word article that came out of it. As an academic who mostly publishes in journals, I found the fact-checking on these popular pieces to be comparable to how I do citations with Chicago style footnotes, just with different assumptions. Journal editors and peer reviewers assume that I’ve accurately quoted my sources and that the documents I’ve cited come from the repositories that I name in the footnotes. For my magazine work, fact-checkers actually confirmed that I’ve properly cited my sources by looking over the primary source material down to the word and even asked for evidence for claims I make, even though that evidence did not appear in the final document.

The article examined a military expedition during World War II in which a mountaineer working for the U.S. Army tested various down sleeping bags. In the original draft, I noted that exact temperature down to which the tester was comfortable (-20 degrees Fahrenheit — he was a hardy fellow) and referred to the test reports written in the wake of the expedition. The fact-checker wanted to see the diary entry where the sleeping bag tester wrote down his observations, and to cross-check my claims about the test reports against the reports themselves. Where did the information that an ideal sleeping bag weight was 13 pounds come from, he asked?

I collected this research in an archive nearly eight years ago and none of the documents are published. So instead, I sent JPEGs from my research trip to the Denver Public Library’s Tenth Mountain Division collection. While the files were harder to parse because of their format — a relic of an earlier approach to documentation in the archives — these files directly supported the claims I made about the test expedition of 1942.

This is distinct from the kind of questions that peer reviewers pose in response to my academic writing. For instance, in a related article about military equipment and clothing published in Technology and Culture, I argued that the expertise of mountaineers shaped military philosophies about how to dress in cold weather. Pre-publication reviewers did not ask to see my sources from the military or letters exchanged between mountaineers. Instead, their interest was in questions such as how uniform design gendered the military body; they wanted me to adjust my argument but took the validity of my evidence for granted.

Other questions from the fact-checker highlighted unintentional errors in the academic writing I had done. In my draft, I had suggested that these down sleeping bags cost around $40 to produce during the war, but when the fact-checker asked for the document, I couldn’t find it. What I found instead was a different document that put the figure closer to $70. The difference in the two figures mattered for my analysis, because I make a case in both the magazine article and my manuscript that surplus sleeping bags made expensive equipment more affordable to the masses of outdoor enthusiasts after the war. The fact-checker’s question helpfully highlighted a place where I had not been scrupulous enough in reading all my sources.

A final question the fact-checker sent concerned the specific source I used to make a claim about the rise of synthetic insulation for gear in the 1970s. Unlike the other queries, I had no source that would prove this fact. Instead, I wrote back, this claim is based on my general knowledge of the decade and the rise in chemical companies advertising synthetic insulation around that time.

While the sentence had flown from my head to the page easily because it is a chronology I reference regularly, the fact-checker’s question forced me to assess my confidence in what I believed I knew to be true. I had to ask myself whether I was comfortable with this claim, given that I didn’t have a specific source to support it. After running through various refutations of the claim in my head — perhaps synthetic insulation was broadly available in the 1960s, not in the 1970s? — I decided that I was, in fact, happy with the sentence. That confidence was good enough for the fact-checker.

While the process of fact-checking took more time than writing the piece itself and was frustrating when I didn’t have all the answers at my fingertips, I found it immensely rewarding. Not only do I have an article in a niche and nerdy magazine alongside other authors whom I admire, but also I learned the following lessons:

How I organize my research matters, up to a point. Of course, I’ve tried to make it easy to pull up documentation or data as needed. Sometimes this can be time-consuming, especially if the process involves older organization methods, which don’t reflect current best practices for managing files. As long as I understand my decades-old approach to organizing old research and I have the software to access it, it isn’t worth my time to reorganize those files.

Getting fact-checked was useful because it pushed me to examine some details in my chapter in a new light; highlighted errors or omissions I’d made in the academic version of my writing; and helped me recognize what aspect of my historical analysis could even be fact-checked in the first place. While I don’t anticipate getting sued by the corporate actors who appear in my manuscript, I still have an obligation to get things right.

Writing for the public is important because it brings scholarship into the popular realm and allows scholars to reach readers they would not otherwise find. But, just as important, writing for the public also improves scholarship. Scholars can rise to the challenge of making their work clear and succinct. They also can learn from the fact-checking process to verify their claims, revisit old arguments and files, and assess their confidence in making arguments that cannot be proven according to a fact-checker’s standards.

Rachel S. Gross, Ph.D., is assistant professor of history and co-director of the Public History Program at CU Denver.