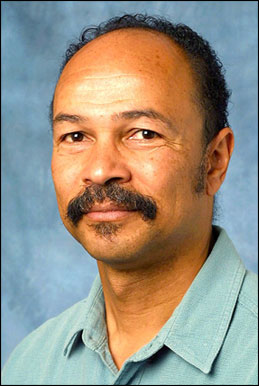 Professor Robert Boswell of the molecular, cellular and developmental biology department at the University of Colorado at Boulder has been named interim vice chancellor for diversity, equity and community engagement, effective Thursday, July 15.

Boswell has had a long and distinguished career at CU-Boulder as a faculty member and researcher. He became an assistant professor in his department in 1986 and a professor in 1991. He also was a teaching and graduate research assistant while completing his doctorate at CU-Boulder from 1975 to 1981.

He served as a Howard Hughes Medical Institute Investigator from 1994 to 1999 while retaining his CU-Boulder faculty appointment. Prior to returning to Boulder after graduate school, Boswell was a staff fellow with the National Institute of Environmental Health Sciences at the Research Triangle Park in North Carolina from 1982 to 1986 and a Damon Runyon-Walter Winchell Postdoctoral Fellow at Indiana University in Bloomington from 1981 to 1982.

Boswell became the principal investigator of the National Institutes of Health Initiative for Maximizing Student Development, or IMSD, in 2003. The IMSD program encourages educational institutions with fully developed research programs to initiate or expand innovative programs to improve the academic and research capabilities of underrepresented minority students.

"Dr. Boswell's leadership efforts in the Colorado Diversity Initiative in Science, Math and Engineering and his commitment to underrepresented students on a national level will serve our students and faculty well at CU-Boulder," said Interim Provost Russell L. Moore. "I am thrilled to have an academician and researcher of Dr. Boswell's caliber step in and fill this vital role as we continue the critically important work of ensuring diversity and inclusion on our campus."

The vice chancellor for diversity, equity and community engagement oversees CU-Boulder's total diversity efforts, including recruitment and retention of students and faculty, campus climate issues and developing best practices to promote diversity within the academic, professional and social environment of the university.

Boswell succeeds Sallye McKee, who served as vice chancellor for diversity, equity and community engagement from August 2007 through June 2010.

Boswell earned a bachelor's degree in biopsychology from Marietta College in Ohio before earning his doctorate in molecular, cellular and developmental biology from CU-Boulder in 1981.