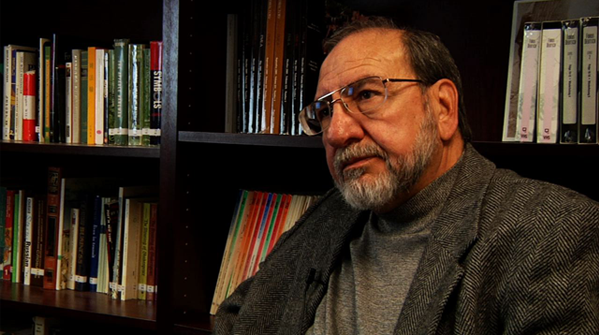 Thousands upon thousands of young men and women have successfully found their way to college and graduation thanks to the guidance of Danny Martinez, whose contributions to the University of Colorado Denver come from all angles: academic affairs, student affairs and philanthropy.

In 1972, Martinez earned a bachelor’s degree in Spanish at CU Denver and was hired as director of an educational opportunity program that provided academic services to low-income, first-generation students. Since then, he has served in a variety of administrative and faculty positions, and his focus on student achievement has never wavered.

He helped found several programs on campus, but perhaps his heart is most entrenched in the CU Succeed program, which began in 1990. At the time, the high school dropout rate among minority students was extremely high and college attendance rates were extremely low.

“We came up with this idea that maybe if we provided students with inroads to college – gave them a taste of college life while they were still in high school -- that we might motivate more of them to go on,” said Martinez, who is director of the program, although as a retiree, on a part-time basis. CU Succeed, which allows high school students to take college courses for transcript credits, was introduced in one high school – East – with 23 students enrolled in a course taught by a CU Denver faculty member. Of those students, 17 enrolled in college within a year. Five graduated from CU Denver and one went on to earn a master’s degree.

It wasn’t long before Martinez was asked to design something for the more advanced students who, as seniors, already had completed almost all of their high school requirements and needed to be challenged. In 1994, he established the CU Succeed Gold program.

“In the early years, when the program was smaller, I used to make my rounds to all the high schools and actually work with some of those kids to fill out applications for admission,” he said. “They would come to this campus and I would end up being kind of their adviser and mentor for their first semester or two.”

In its 21 years of existence, the program has had about 60,000 participants. This year alone, about 5,000 students in 92 schools are enrolled. Until about 10 years ago, Martinez said, CU Succeed was the only program of its kind in the nation; now, hundreds of programs have mimicked its structure.

Martinez began making monetary contributions to the program in 1999, when he became an administrator. “It was common practice for all officers, and my heart was in the program.”

Without financial support from the community, some university programs would not be able to thrive.  “In most cases, programs are basically operating on the edge. We’ve been fortunate at CU Succeed because we generate revenue for the university and are still able to operate,” he said. “Philanthropy is a way in which the program can reach out to as many students as possible. It helps us to achieve our goal, which is to extend opportunities for higher education to all citizens of Colorado.”

The money Martinez regularly donates through payroll deduction, as well as gifts received from other donors such as the Schramm Foundation, goes directly to scholarships for “students who couldn’t otherwise afford to pay even our meager tuition.”

“I’m making a contribution on behalf of the university, but I’m also making a personal contribution to people who I know, who are actually receiving the benefit,” said Martinez, who believes he has financially supported at least 40 students through their college careers. He receives a charitable tax deduction, and using payroll deduction has made the process simple.  “It’s easy to forget to send a check every month or every quarter, but this arrangement is easy and automatic. I don’t even have to think about it.”

About Philanthropy at Work: Faculty and staff efforts are the heart and soul of CU — and the inspiration for donors who are helping to achieve goals for the Creating Futures fundraising campaign. Philanthropy from faculty and staff also has made a substantial impact — increasing resources, recognition and goodwill for myriad programs, and underscoring why CU’s work is worth supporting.

This series features faculty and staff who have made gifts to CU. To suggest a subject, please contact jeremy.simon@cufund.org