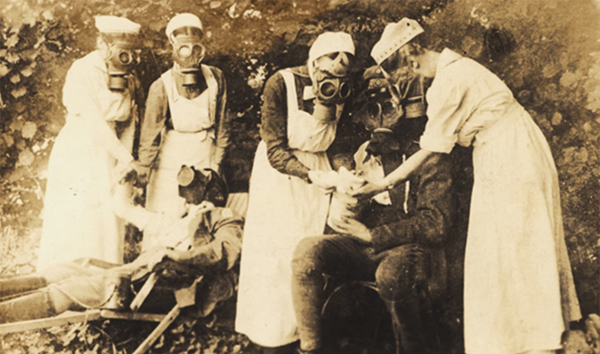 In early 1915, German and Allied troops were dug into trenches and neither side could move the other – a World War I waiting game. The German army decided to use poison gas to force troops to leave the trenches, making the men easier targets for attack with firearms and shells, says Joseph Gal, a professor of medicine and pathology at the CU Anschutz Medical Campus. His specialties include historical aspects of science and medicine. 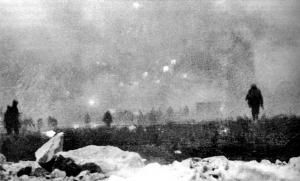 This was Sept. 25, 1915, when the British army first used chemical weapons (chlorine gas) against the German army, in northeastern France. The wind was relied upon to carry the gas to the enemy trenches, but sometimes the wind changed directions.

The April 22, 1915, deployment of 168 tons of chlorine gas “so horrified the world,” said Gal, no one thought it would happen again. But despite attempts to prohibit the use of deadly agents that maim and kill, chemical warfare has continued, including recent documented examples during the Iran-Iraq war in the 1980s and in Syria in 2013.

The use of chemical warfare is the topic of a one-day symposium organized by Gal for the upcoming American Chemical Society’s (ACS) 249th National Meeting and Exposition, March 22-26 in Denver.  The meeting typically draws 12,000 to 14,000 participants from around the world.

Gal has a Ph.D. in chemistry and has retained his interest in his original chemistry training.

“I became fascinated with the history of chemistry. As a kid, I loved history. I grew up in Europe and there’s a lot of history there,” he said. He married his love of chemistry and history several years ago and became involved in scholarly research on the topic. He also has developed lectures on the history of chemistry and its relationship to medicine and other fields that are geared to the more general public, and has given presentations through the Arts in Medicine Lecture Series at CU Anschutz.

One of Gal’s early interests was the moral and ethical behavior of scientists, including the German scientist Fritz Haber.

“I became very interested in Haber, a great chemist and Nobel Laureate,” Gal said. “He’s called the father of chemical warfare because he basically got the German government to start using the poison gas we all know about.”

Gal developed a lecture about Haber and the moral and ethical aspects of scientists for the Anschutz series, and that led to an interest in chemical warfare – and another public lecture, “Modern Chemical Warfare: History, Science, Medicine, Morality.” 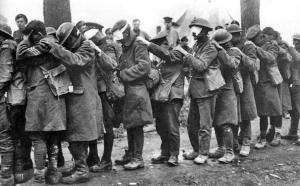 His research, and those lectures – and the fact that 2015 is the centenary of the first wide-scale chemical attack with poison gas — became the basis for the ACA symposium, which is titled, “Modern Chemical Warfare: History, Science, Toxicology and Morality.” The March 24, all-day symposium features 11 speakers from around the globe and includes a film about Haber.

Gal will deliver the opening lecture, a historical overview of modern chemical warfare, beginning in World War I.

“By the end of World War I, scientists working for both sides had evaluated some 3,000 different chemicals for use as possible weapons; around 50 of these poisons were actually tried out on the battlefield,” Gal said in an interview for a feature in the Chemical and Engineering News, a weekly news magazine of the American Chemical Society. (Visit http://cen.acs.org/magazine/93/09308.html to read “When Chemicals Became Weapons of War.”

Gal said scientists must decide on the responsibilities of participating in this type of research. Some scientists say the community should never get involved in developing chemical weapons, but others say the work could result in other, beneficial results. Gal said his view is that there is no justification for developing weapons of mass destruction.

“If we have a need for chemicals that are essential for human existence and human activities, then we should focus our resources on that,” he said. “If we can develop chemical weapons, we can develop the beneficial things as well.”

While chemical weapons research during World War I later resulted in the development of some insecticides, the reverse also has occurred. In the 1930s, Gal said, chemists creating insecticides stumbled upon nerve gas.

Efforts have been made to stop the use of chemical weapons throughout the years, but most have failed. Finally in 1993, Gal said, the Chemical Weapons Convention was launched by the Organization for the Prohibition of Chemical Weapons (OPCW). The United Nations-affiliated agency will have a representative at the symposium who will discuss the history of the negotiation and development of the treaty to ban weapons of mass destruction.

To date, 190 countries have signed the treaty, which is implemented by the OPCW. The organization was awarded the Nobel Peace Prize for its efforts in 2013.

In another symposium session, David Gilmore, a clinical faculty member of the Division of Clinical Pharmacology and Toxicology at CU Anschutz and member of the Emergency Department at Exempla St. Joseph Hospital, will describe the injuries caused by substances used in the manufacturing and use of weapons of mass destruction. Those injuries range from mild to life-threatening and can have immediate effects or can surface months or years in the future. These chemicals also can remain in the environment for lengthy periods and alter DNA.

For more information about the ACS meeting, visit http://www.acs.org/content/acs/en/meetings/spring-2015.html