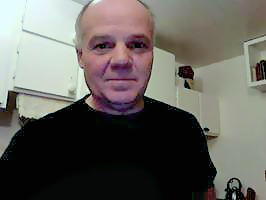 Eddy Dubois saved his own life on Friday, Oct. 25, 2012, when he stopped in for a long-overdue health screening from his health plan.

“Contact your physician immediately,” read a form from the test administrators, who told him he had a serious arrhythmia, rapidly shifting blood pressure and high cholesterol. Dubois didn’t hesitate: He called his doctor, who scheduled a next-day appointment.

That’s the day Dubois took control of his health. As the seemingly healthy 57-year-old underwent a comprehensive blood workup, he began connecting the dots between his lifestyle choices and the consequences on his body. Sure, he was an avid bicyclist who enjoyed the daily 2-mile ride to his job at the University of Colorado Boulder’s Distribution Services office, where he’s manager of Materiel Management. But he had gotten sloppy with his diet, eating excessive amounts of cheese and meat. His stress levels were through the roof. When he also considered his genetic predisposition for cardiopulmonary problems, Dubois knew he needed to make significant changes.

Instead, Dubois committed to a full vegan diet, effectively cutting out animal products. He took on the new diet with passion. He became more mindful of his food purchases and the meals he prepared.

Summer arrived. His health had improved. He followed up with his doctor. His bike rides continued. And then a tragic reminder of the importance of all his efforts hit: Dubois’ 53-year-old brother, who also had recently committed to improving his health — died from a massive heart attack.

“It was yet another reminder. It reinforces that I am considering this a complete lifestyle and behavior change,” Dubois says. “If I continued after October, I may have preceded him in his demise.”

“If some animal products get into my daily life, I’ll accept them.”

Tagged with:
Be Colorado

Feel the Heat, Move Your Feet 5K set for August