Two University of Colorado community members have been named recipients of the 2022 Thomas Jefferson Award, among the highest honors bestowed at the state’s largest institution of higher education.

The recipients, who will be celebrated April 13 at an awards reception, are:

Named for the third U.S. president and a Founding Father who greatly influenced American arts, sciences, education and public affairs, the biennial Jefferson Award recognizes CU faculty, staff and students who demonstrate excellence in the performance of regular responsibilities at the university while also contributing noteworthy service to the broader community.

The awardees were chosen for embodying and advancing the ideals of Thomas Jefferson: broad interests in literature, arts and sciences, and public affairs; a strong concern for the advancement of higher education; a deeply seated sense of individual civic responsibility; and a profound commitment to the welfare and rights of the individual. 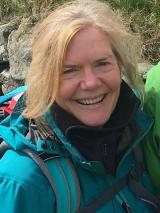 Rebecca Dickson is a Teaching Associate Professor in the Program for Writing and Rhetoric at CU Boulder, where she has served in various capacities since 1994. In this position she has demonstrated exemplary commitment to student success at any point in the educational trajectory.

In addition to her role as a Teaching Associate Professor, Dickson has worked as the Program for Writing and Rhetoric’s (PWR) Student Affairs Coordinator for 22 years, mediating conflicts between students and faculty and showcasing her deep commitment to conflict resolution and upholding the rights of all individuals.

Dickson also serves as the chair of the PWR Sustainability Committee, organizing public events to engage CU students and the surrounding CU community in conversations and experiences that highlight the importance of environmental sustainability.

Outside her work in the CU community, she is a founder and board member for the People and Pollinators Action Network (PPAN), where she continues her environmental advocacy by campaigning to ban a variety of biocides that harm human and pollinator health.

As a committed proponent of good environmental stewardship, Dickson also has worked for many years with the Sierra Club as a leader, editor and activist, arguing for clean energy, reduced use of biocides, dark skies, environmental justice and more.

To promote political awareness and civic responsibility, Dickson also has served as a precinct captain and outreach coordinator for her Boulder precinct for over 25 years. In this role, she has trained volunteers, run caucus meetings and conducted voter-registration drives, demonstrating her strong commitment to democratic engagement. 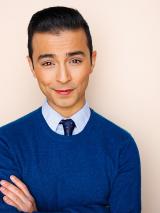 Ricky Abilez is a current Master of Public Administration student at CU Denver with concentrations in education policy and public policy analysis, set to graduate in May 2023. They demonstrate excellence in the realms of not only education and the arts, but advocacy and social activism across a plethora of platforms and subjects.

Despite participating in CU Denver’s MPA program as an online student, Abilez quickly integrated into the campus community by participating in two Student Life certificate programs in leadership and sustainability as well as volunteering to serve as the student chair of the curriculum action team on the university’s equity task force. Abilez also serves on the strategic planning committee for CU Denver’s Graduate Student Council and pursues efforts to promote access and inclusion.

Outside their efforts in the CU community, Abilez has a rich background in the arts and advocacy. Having received their BFA in acting from California State University Fullerton, Abilez has performed in several prestigious theaters, including the Tony Award-winning South Coast Repertory, Denver Center for the Performing Arts and Second City Hollywood. As an undergraduate student, they produced five plays that sought to address a variety of social issues ranging from gun violence to sexual harassment. Through the connections made in their undergraduate career, Abilez now serves on the Theatre for Young Audiences Committee for Actor’s Equity Association and the Oversight Committee for BLKLST Collective. They also teach a self-developed high school curriculum in using art for social justice.

The pandemic halted work in the theater industry, which led Abilez to pursue new avenues for advocacy and change. This brought them to CU Denver as a graduate student and led to work with Deviant Content as the executive assistant to Queer historian, New York Times best-selling author and Pulitzer Prize finalist Eric Cervini. They’ve since volunteered with CSH, where they serve as an advocate coach for the formerly unhoused, and The Trevor Project, where they serve as a crisis counselor for LGBTQIA+ youth. In keeping with their passion for advancing educational access and social equity, Abilez plans on working in policy analysis and administration after graduation and plans to run for public office in the future.