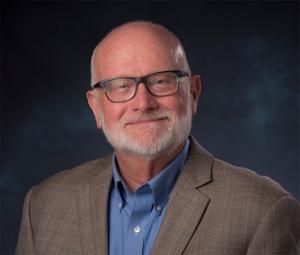 As he avidly watched television as a youngster, Stewart Hoover’s father would walk through the living room and say, “You’ll never make a living at that.”

Despite the warning, Hoover was interested in media: the industry, the business, practices and showbiz. He worked in radio while in high school and college.

He also came to realize that people studied media – how they functioned, the way the audience used them, and the impacts they had on culture and society.

“I started reading more about it and eventually went to grad school with the intention of making that my career,” said Hoover, now a professor in the Department of Media Studies, adjoint in the Department of Religious Studies, and director of the Center for Media, Religion and Culture in the College of Media, Communication and Information at CU Boulder.

In the 1970s, while he was attending graduate school, the phenomenon of televangelism emerged, with big, sophisticated religious broadcasts. The trend away from radio to television received a lot of public attention and televangelists began to have a political impact and broader public profile.

Even though Hoover wrote his dissertation on televangelism and the audience of one such ministry, he was most interested in how media relate to existing cultures and how they change cultural practices, production and art. But his adviser pointed out that not a lot of people were specializing in media and religion, and the topic would be a good career choice. He took the advice.

“I found I was fascinated by all the ways you could look at how media of various kinds and religions of various kinds interact and affect one another and I haven’t run out of things to look at yet.”

Hoover has been at CU since 1991 and has written or edited 12 books and numerous articles. He has received a variety of awards for his scholarship, service and teaching, and is an internationally recognized expert on media and religion.

1.You published a book, “Religion in the Media Age,” in 2006. Now, some 10 years later, if you were to the update the book, what would the revisions or additions be? 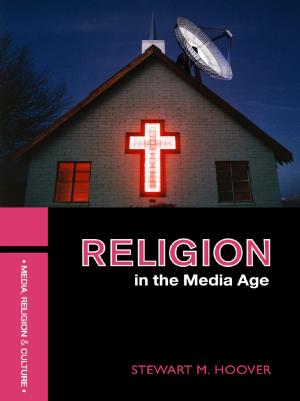 Since 2006, I’ve looked more at how people’s identities and meanings are made out of an interaction between things like religion and the kinds of media they consume. I’m also interested in the fact that people are increasingly using media to do religion. That is the place where a lot of religious practice takes place, and that means traditional religious leaders and authorities don’t have the same kind of power they used to have.

It’s largely a generational thing, a function of a younger audience. What you see in studies about public attitude and public involvement in religion is that the percentage of people who select “none” as their religion is the fastest growing category, around 23 percent. It’s not that they are not religious; it’s that they are doing religion outside the traditional institutions and media are providing them with a lot of the resources to do that. They can have an online community or online access to religious information and symbols that they never would have had access to before. The online environment allows somebody who is Christian to explore Buddhism or Hinduism or Islam in ways that they wouldn’t have been able to in the past.

2.When was the Center for Media, Religion and Culture founded and what is its mission?

The seeds of the Center were in the first academic conference on media and religion we held here in Boulder in 1996. It brought together a lot of people interested in this area but who had never had a chance to get together to talk about it: people from media, communication studies, religious studies, anthropology, theology, ethics, ethno-musicology and technology. The panel that got the most press was the one about online religion, so even then, people were looking at how the internet was becoming a place where people could go for religious things.

That conference really started a discourse of a global community of people that began to develop and grow as an association of scholars who look at the intersection of media and religion.

We were fortunate to have quite a bit of success in getting external research funding to do studies in the area of media and religion. Since I’ve been here, we’ve raised about $2 million from private foundations, and so we’ve had a group of colleagues and grad students that regularly have been working together for a number of years.

Student-faculty collaboration is at the heart of what we do. We founded the Center in 2006 as a formal recipient for grant money and to give an identity to the research area. Increasingly we’re a place where scholars – grad students, professors and researchers – from across campus and from all over the world who want to be part of a conversation about media and religion share in our weekly seminar conversations.

In any year, we have two or three foreign scholars with us for a semester or a year. That weekly conversation is the core of the Center, but we also continue to host conferences. We’ve now had six international conferences, and the next one will be in Boulder in 2018. We also produce a group blog, “Third Spaces (https://thirdspacesblog.wordpress.com/),” and produce a public radio program called “Sacred Lines” (http://www.colorado.edu/cmrc/).

3.The Center recently was awarded a three-year, $500,000 grant from the Luce Foundation to “change the nature of religion scholarship in the digital age.” What will you be doing through this grant?

The idea of the grant is to bring together scholars from the fields of media studies and religious studies who are teachers and researchers in those areas to converse with one another to push ahead knowledge and theory building and teaching and methodology. We have eight outside colleagues representing the two fields and four of us from CU who all will be working together. We’ll meet every six months for the next three years while we work on our own research projects and have conversations and interactions about what we’re learning as we’re doing it.

It’s also a project in public scholarship. We want to do this in a very public way so that people can observe and converse with us and be part of the development of our ideas and findings. That public part of it is supported by an online platform that we are designing. The platform will be the home of the projects as well, enabling member work to be accessible to people outside of the Center. We want to learn how to be better public scholars and how to open up academic scholarship to broader communities of people so they can benefit from what we are doing now and not wait 18 months to two years until the study is published in a journal.

We had our first meeting in May and have the platform designed. The working group will begin using the platform this summer, and the public side of it will open after our October meeting. A few of the proposed member projects are:

4. How has digital media changed religion?

Digital media have fewer intermediaries than old media and is much more horizontal so people don’t really have to go through anyone else to build a site or community or network or to publish. Again, that means authority is being undermined by digital media. It is also significant because digital media are so elastic and creative and flexible and fluid that people are able to construct any kind of mode of articulation that they want to, including visuals.

If you look, for example, at some Buddhist online sites, you will see graphics that envelop you in the experience of meditative spaces. Some traditional Protestant churches use the online space in a very traditional kind of way that looks more like a newspaper or magazine. So there are a wide range of ways that the digital media can interact with senses, emotions and feelings to exploit those and people’s religious impulses. The technical capabilities of digital media also give people a sense that community is always possible and always there.

5.What is the topic of your upcoming book?

We have a book in progress titled “The Third Spaces of Digital Religion,” where we examine the ability of digital spaces to allow people to create their own new structures and definitions and boundaries and categories. A formal way to think about it is to consider Second Life, a 3-D virtual world where people can connect and create and chat with others. It is very formal and illustrative of how the digital media is a place where people can make their own spaces and communities. We’re looking at how people structure their religious and spiritual experiences online, and how they use those structures to contest traditional religion.

One example I’m working on is “PostSecret,” an online environment that has been around for 12 years. People are encouraged to send a physical postcard into a mailing address in Maryland; the postcard needs to share a secret, something they’ve never told anyone else before, and they must do it anonymously. Thirty postcard secrets are posted every Sunday morning and the community talks about the cards. Typically, the secrets are the kinds of things you would expect: people lamenting about mistakes they’ve made, regrets or pain they’ve experienced. It’s very therapeutic. But about 20 percent of the postcards talk about religion in one way or another. Most people are critical of traditional religion: how they don’t believe in God, or how God failed them, or how they had to fake being a Mormon to satisfy their spouse, for example. It has created a space of discourse where religion is confronted and traditional religion challenged.

The book is about examples like this, where people create a space where they can conceptually get to know each other and develop ideas and identities and feel like they belong, or do other kinds of lifework.

Tagged with:
research, book, College of Media Communication and Information