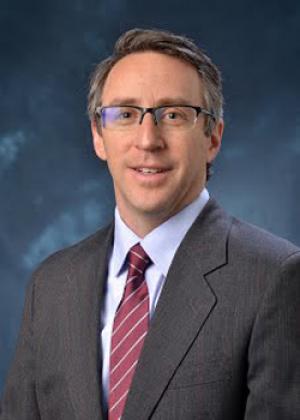 Scott Adler’s political awareness began at a young age. His parents weren’t politicians, but they were politically aware, which “seeped into his childhood,” Adler said.

In college, he became more politically involved, working for various political causes and a congressman.  After college, he spent time in Washington, working on political issues – specifically arms control issues – but discovered he was more interested in the details of the legislative process than in becoming a politician or policy expert.

After graduate school and earning a Ph.D., his research focused on Congress and he has continued to study the legislative branch of the U.S. government. Immediately following graduate school, he took a job at the University of Colorado Boulder.

“It was a great job, at a great school, in such an attractive place,” he said. “I couldn’t really pass it up.”

This is his 21st year at the university, where he is a professor of political science.

Earlier this year, he created the American Politics Research Lab, a collaborative teaching and research model. The lab developed the Colorado Political Climate Study, which included an October survey of more than 1,000 Colorado residents focused on the November election and the host of amendments on the state ballot.

Adler is the author of the award-winning “Why Congressional Reforms Fail: Reelection and the House Committee System” (University of Chicago Press, 2002) and “Congress and the Politics of Problem Solving” (Cambridge University Press, 2012, co-authored with John Wilkerson). He is co-editor of “The Macropolitics of Congress” (Princeton University Press, 2006). 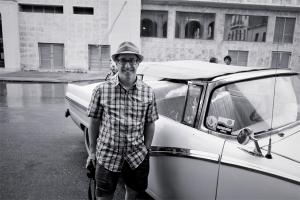 Adler on a recent trip to Cuba.

He is co-principal investigator of the Congressional Bills Project, which has compiled and coded data on all bills introduced in Congress since World War II. In 2006-07, he was a visiting professor at the Center for the Study of American Politics and Department of Political Science at Yale University. His most recent research project on congressional reauthorizations is funded by the William and Flora Hewlett Foundation.

Away from CU, Adler spends time hiking and snowboarding with his family. They also love to travel, both in the states and overseas, where his passion for politics continues in a surprising way.

1. What inspired you to create the American Politics Research Lab and what do you hope to achieve through work there?

I had seen other labs on campus in the natural sciences and I really liked what I found there. For years, I had thought of the process of both doing research and teaching as something I like to do, especially when collaborating with students and other faculty members. I’ve often had many large projects where students – both graduate and undergraduate – were involved.

Our setup in the old Ketchum building allowed grad students to have desks near the faculty offices, which was something I really loved. And so I wanted to re-create that to some degree with more specific projects where we have graduate and undergraduate students together in a collaborative space. We meet with some frequency to talk about the ongoing projects, and although the students are working on different projects of their own, they also are integrated through the bigger theme of American politics.

What I really like is that a group of people comes together to hammer out an issue or talk about problems they are having with their research, and they are able to solve a problem together. That’s the essence of the lab. 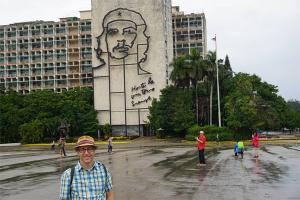 Some of the students connected to the lab are doing survey research, for instance, while some are studying institutions and some are doing research on local governments. Right now another faculty member, Professor Anand Sokhey, is involved with the lab, and we’re hoping that in the future, there’ll be more faculty involved. We also have begun collaborations with faculty members in other disciplines. Professor Jordan Boyd-Graber in the Department of Computer Science has been working with me on a project studying the United States Congress and the reauthorization process and how it influences legislative agendas.

The survey we conducted before (the 2016) election is one specific part of the lab. Our hope is that it will be an ongoing effort of integrating what we are teaching with the research. We are hoping to conduct the survey annually. The goal is to keep track of opinion in the state, from what voters are thinking with regard to issues that are both coming up in the immediate future and those that are on the long-term agenda. Some of those issues are fracking, growth, education, the environment and housing, for which we want to track trends over time. We’ll also want to see what voters think of our lawmakers, both locally and nationally, and in presidential election years, we’ll be able to provide some insight into how voters will cast their ballots. Of course we’ll also look at ballot measures and try to ask questions that will hint at what is likely to happen in the coming election.

The teaching part of this is that we were able to integrate questions in the October survey that were developed by political science students. We have a large introduction to quantitative methods class that wrote a few of the questions. As well, we had undergraduate honors thesis students who wrote questions and grad students also included questions related to their dissertation and coursework on the survey.

We’re working right now to create an advanced undergrad course on survey research methods that would be for students who already have taken a statistical methods course. The course would allow students to participate in creation and execution of the annual survey. They will learn about question wording, sampling techniques and will be involved in interactions with the survey research firm. After each survey, we’ll draft a report that will serve as an ongoing tabulation or indication of what the state of politics is in Colorado.

2. Many polls conducted during the run-up to November’s presidential election were not accurate. What happened?

There is no question that this election cycle will be taught for years to come and we’ll be asking what the hell happened in 2016. I think we are only at the early stages of understanding the outcome and there was likely a confluence of different things that resulted in the severe inaccuracies. I have to say that our inability to predict the outcome of this election is something that people won’t soon forget. Did an inordinate number of people feel reluctant to reveal their true preferences? Did some people who thought they would vote choose not to? Were there others who thought they wouldn’t vote but actually showed up? Some people may have changed their minds at the last minute. We’ve just started to unpack this. No doubt there will be plenty of discussion about it in any survey research course as well as classes on public opinion or political psychology in the coming years. It’s an important moment for the study of elections and polling.

Having said that, the lab survey, while somewhat off in terms of its margins, did predict every race and state ballot measure correctly. To some degree, it probably had something to do with the fact that Colorado was more true to form than other states this election cycle. I was pleased to see that we did a good job.

3. You mentioned that one of your own research interests is Congress and the reauthorization process. First, what do you hope to understand from this research, and second, do you think Congress, in the current session, will operate any differently from what we’ve seen in the past decade or so?

What we’re trying to do with the reauthorization project is to understand where it is that Congress is able to fulfill its lawmaking obligations in renewing and updating programs that it sets for itself to review on a periodic basis. These are things like the farm bill or the higher education act. There are many, many programs on these expiring authorizations and they basically set the agenda for Congress, which must revisit the programs every five or six or seven years.

We’re looking across the entire spectrum of those expiring authorizations to see where Congress is accomplishing or failing with regard to these reauthorization goals. Perhaps we can learn a little bit about how Congress can better perform the function of governing and ensure that these programs are meeting the needs of constituents.

Are we going to see a radical departure in congressional action over the next four years? We certainly will see a presidency like we’ve never seen. Presidents in the modern era play an enormous role in defining the political agenda and that unquestionably will affect what Congress has on its plate.

We also know there are many aspects of the political process in terms of policy making and in terms of elections that no president will be able to alter. And so, in some ways, we are going to see Congress behaving similarly to the way it has behaved in the recent past. With so many programs and agencies requiring reauthorization each cycle, this is an aspect of the legislative agenda that is simply unavoidable no matter who is in the White House. I think it will be a bit different from what we’ve experienced, too. There will be a roll-back of some accomplishments of the Obama administration. I think it’s fairly likely that many of the environmental changes that the Obama administration put into place will change, and I would be very surprised if two years from now we are talking about the existence of anything in Obamacare.

There also are going to be things that the new administration won’t be able to accomplish because it will have to interact and get the cooperation of a legislative branch. Members of Congress still have their own re-election pressures, and are likely to have some divergent preferences from the administration no matter their party.

4. Do our senators and representatives still represent “all the people” or does party ideology play a bigger role in drafting legislation?

I certainly think that lawmakers represent their districts. On the whole, elected officials are fairly astute students of the politics of their constituencies. They may not regularly poll residents of their district but they do have an ear to the ground and they have a sense of what voters are thinking, even in the places where voters can be somewhat divided on the issues of the day.

Having said that, parties do play a bigger role now than they did 30 or 40 years ago in terms of defining a political agenda, and in some instances, influencing the behavior, the votes and priorities of members of the parties. In other instances, what is happening is that lawmakers have differing views on what government should do. There’s often a fair amount of homogeneity within the parties and you see strong party-line voting. Much of that is driven by the pure ideology of the lawmakers.

I would say that voters are being represented, and of course, if they don’t like what lawmakers are doing, they have the option of voting them out. They can find other candidates.

5. Does your interest in politics extend beyond America’s borders during your world travels?

I have a collection of what I call “mugs of the world’s legislatures.” Whenever I go anywhere or when any of my friends or students go places, I ask them to, if they can, stop by the parliament or council or governing body and pick up a commemorative mug. I have mugs – about 40 of them -- from all over the world. I just added a mug from my visit to Cuba and hope to get another during my upcoming trip to Spain.