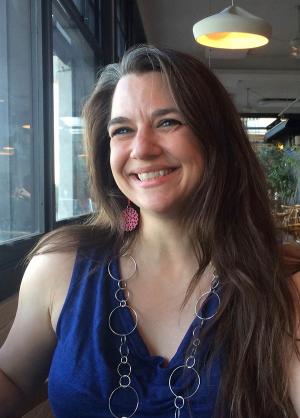 Writing poetry came naturally to 5-year-old Nicky Beer, but it took a bit longer for her to realize that teaching was what she was meant to do. Of course, she may have been influenced a bit by the fact that her parents, aunts and grandfather chose a career in academics.

“It’s kind of the family business,” said the award-winning writer and an associate professor at CU Denver’s College of Liberal Arts and Sciences. “I have always written poetry, but I didn’t know until my 20s that I could do that as part of teaching for a living.”

Beer, who has been at the university since 2009, has written two books of poetry and has had works featured in numerous publications. She loves teaching, in part, because she can talk to a “group of really interesting people about literature and language and writing – the things that excite me and excite them.”

“Idaho” by Emily Ruskovich – The author, who until recently taught at CU Denver and is now at Boise State University, has written a beautiful, emotionally intense first novel.

“The Tornado Is the World” by Catherine Pierce – This book of poetry uses the tornado as a recurring character.

“Landfalls” by Naomi J. Williams – I’m a sucker for 18th century seafaring novels. What I love about this book is that each chapter is told from a different point of view during a long and world-spanning journey.

“Little Fires Everywhere” by Celeste Ng – I loved her first book, “Everything I Never Told You,” and can’t wait to get my hands on this one.

She was particularly thrilled about joining the university so that she would work with her late colleague, Jake Adam York, who founded the creative writing program at the university as well as the national literary journal Copper Nickel, of which Beer is now an editor. For more information about Beer’s work, visit her website: http://www.nickybeer.com/

When she is not teaching or writing, Beer gets creative in the kitchen. She calls Denver a “great town for cooks” thanks to retailers such as Western Daughters Butcher Shoppe and the Savory Spice Shop, and the Union Station farmer’s market.

1. How did poetry become your passion?

I grew up in a house where literature was valued. My parents were big readers; there were always books in the house and they always read to me. When I was a kid, there was a promo for a special on PBS about tigers. The voice-over used an excerpt from a William Blake poem, “The Tyger.” Hearing that use of language, I knew it was something different. This was a way of using language that was important and powerful and dramatic. It sounded very exciting to me.

I asked my parents about poetry and my dad showed me a book of poetry we had that included “The Tyger” in it. Very quickly, I wanted to write my own poetry and received encouragement from my teachers to keep writing it. It was a natural thing for me. The first full-fledged poem I wrote was in the fourth grade called “What’s at the End of the Rainbow.”

2. You’ve earned several awards and accolades for your poetry volumes. Is there one that has special meaning for you? Are you working on another volume or other projects?

Getting the Colorado Book Award for poetry (in 2010 for “The Diminishing House” and 2016 for “The Octopus Game”) has been special because I love this state and I love living in the state. The writing community here is so robust and aesthetically diverse and ridiculously talented. To get an award that essentially is given to you by a jury of your peers in Colorado is a huge honor.

The fact that Colorado has a body that gives awards to Colorado writers and Colorado subjects is precious. Not all states do that. Colorado Humanities, which presents the awards, is a terrific organization and I’m hoping to see it grow and strengthen over the years because our cultural institutions are hugely important and need to be nurtured and protected.

I’m working on my third book of poems titled “Real Phonies and Genuine Fakes.” The majority of poems are about fraud, forgery, fakery, duplicity, lying and things like that. I started working on it a couple of years ago, but it is surprisingly relevant now.

I’m also proud to say that I have a poem in an anthology of poems called “The Book of Donuts,” which is all about donuts. I’m delighted to have my work in there because who doesn’t love a collection about donuts?

3. How has the teaching of or popularity of creative writing changed over the past few years? Are there emerging writing trends?

There is an interesting trend in creative writing. A lot of creative writers and writers who teach creative writing and literature are friends on Facebook. If someone wants to teach a class they haven’t taught before and don’t know how to start, they pose the question on Facebook and people answer. You immediately get all this expertise from all these writers and professors instead of stumbling blind. You get these wonderful recommendations from people you trust, and that is shaping the teaching of creative writing and literature in a fantastic way. As much as we try and read and keep up, we can’t possibly know everything. It’s a fantastic way of exploring new venues in our pedagogy. And it is wonderful using those minds as a resource to become a better professor.

Creative writing classes are more popular than they used to be, but I do think that they are often a university’s best-kept secret. In truth, these classes strengthen student skills in creativity and oral and written communication and constructive criticism. I’m surprised there is not more awareness of how creative writing is excellent for preparing students for any number of areas in the professional job market. There’s a lot going on in these classes besides just writing poems and short stories.

I think there is a longstanding innate skepticism about how relevant whatever you learn in English or creative writing class is going to be in a professional context. But it is tremendously relevant and is useful wherever you go. I think English classes need better marketing.

4. A recent essay in The New York Times focused on spelling – in part because of the president’s often misspelled tweets. The upshot was that correct spelling isn’t a necessity in today’s world. As someone who is engulfed by words, what are your thoughts on the state of the English language?

The English language is an always-evolving, shifting animal. The standards and correct usage are always changing and they always have. That being said, I would say it is about investing the energy in proofreading. Spelling correctly is a form of respect, both for oneself and one’s audience.

Everyone makes typos, that’s normal, especially because of the speed of our contemporary communication. There is nothing wrong with trying to hold oneself, or our elected officials, to a higher standard. As long as there is only a one-letter difference between the word “public” and the word “pubic,” it would seem that proofreading one’s writing will continue to be necessary. You can save yourself a lot of embarrassment and costly legal problems if you just read your work carefully a few times before sending it off.

5. Do you have a favorite item or artifact in your office that has special meaning to you? If so, what is it and what is the story behind it?

I collect a lot of skulls and bones. My first book of poems contains a lot of stuff about anatomy and I developed an interest in bones. I have an interest in the sciences in general and I find bones fascinating. They are a great way to study the body up close.

I have a part of a pig’s jaw on display in my office. My husband and my brother and sister-in-law and I went to a Denver restaurant where one menu item was a pig’s head. We shared half a pig’s head and I asked if I could keep the jaw. It reminds me of a lovely evening of adventurous eating with my loved ones, which is one of my favorite ways to spend my time. 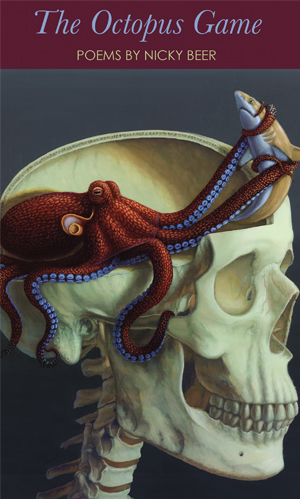 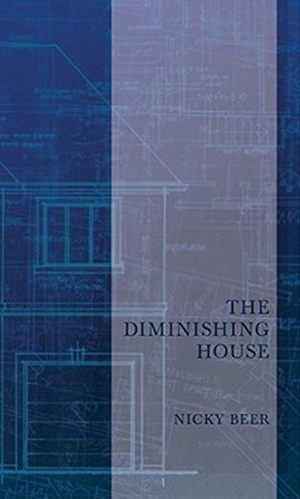 Register now for the Reacting to the Past Conference in June