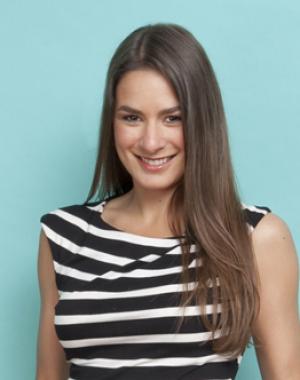 People often blame childhood obesity on the food industry or on working parents or convenience foods and soda. But the truth is not so simple; there are many contributors to the complex issue of obesity – including stress. At age 12, one of Michelle Cardel’s patients would take food and hide it behind her hamper for later consumption as a way to deal with life’s stressors. Cardel, a postdoctoral fellow and pediatric obesity expert at the CU Anschutz Health and Wellness Center, referred the girl to an eating disorder counselor. Had she not received help, Cardel said, the young girl was on a trajectory to weigh 400 pounds as an adult. Cardel , who has been at CU for three years, studies mostly low-income and minority populations and how social factors – including self-perception and stress – influence eating behaviors and obesity risk.

“Kids definitely can use food to cope with stress, very much like adults do,” Cardel said. “Kids have to deal with standardized testing; there’s all this pressure to be the best, go to the best schools, get the best grades and be the best athlete. It’s sad to see the stress, especially because life’s stressors are only going to increase as they get older.”

1. How did your career path lead you to focus on pediatric nutrition? 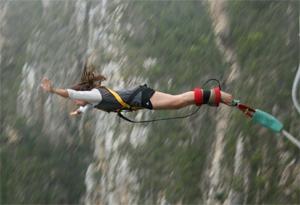 I originally thought I wanted to be a physician because I wanted to help people. I always thought being a scientist meant sitting at a lab bench in a white coat with a pipette and that didn’t sound appealing to me. But as an undergraduate, I participated in three medical mission trips but found that being a physician wouldn’t be the best thing for me. I had a hard time keeping professional distance from the patients – I would cry if they cried – and that pushed me to look at other things.

I was a hospice volunteer for almost 10 years and a lot of patients told me that they were scared that they had contributed to their illness with a fork. It was the first time I made the connection that what you put in your body influences various health outcomes in your life. So I became interested in nutrition. As you age, it’s a lot harder to change your eating habits, and that’s why I decided to focus on the pediatric side of it, when you still have the opportunity to make a lasting impact on patients’ eating behaviors.

2.  One of your recent, co-authored studies was titled, “Home-schooled children are thinner, leaner, and report better diets relative to traditionally schooled children.” What was the impetus of this study and what were its findings? 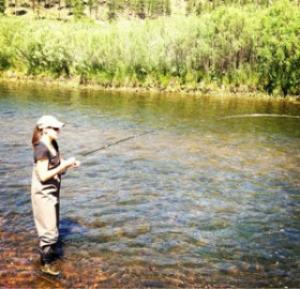 Lots of stories in the media have discussed how the school environment could potentially be affecting children’s health and the risk for obesity because of school lunches and sugary beverages. So I thought it would be interesting to look at children who are home-schooled and those who depend on the traditional school environment to see if there are differences in obesity outcomes. We found that kids who were attending traditional schools were consuming more sugar and more calories than home-schooled kids.

In our study, we looked at socio-economic status and other factors to see if they could explain the differences we observed but they were not significantly different between groups. However, there may have been other factors that we were not able to capture or perhaps there’s something inherently different about parents who home-school their children compared with parents who choose to send their children to a traditional school.

The study is by no means absolute. It doesn’t show that schools are contributing to the obesity epidemic; rather it opens up the question of what is it about home schooling or home-school families that would protect children from the development of obesity. We’ll use the data to analyze if home-schooled kids have differences in blood lipids, for example, or blood pressure.

3. You’re featured on local TV station 9News, offering nutritional advice. How did the partnership come about, and what have you learned from the experience? 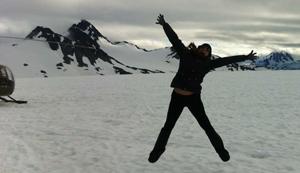 Like most great things in life, it kind of fell into my lap. Jim Hill is my primary mentor here at the CU Anschutz Health and Wellness Center. He had scheduled an interview at the TV station but had to go out of town at the last minute. So he asked me to cover for him. I had never done anything like this before and it was live. He told me he had faith in me and that I would do great. There are benefits of saying “yes” to things even if you don’t know how to do it in that moment.

They thought the interview went well and they started inviting me in more often and my appearances became a weekly segment. But once I became pregnant, it was too much to try to do all the research and take care of myself. Now it’s a biweekly segment.

It’s been a wonderful experience. The producer I work with has been awesome; she gives me so much flexibility and we decide topics together. I write each segment and I cook all of the food I show there. Each segment usually takes at least three to seven hours of prep time. Sometimes interns help me; I’m trying to get them exposure to communicating in the media.

I’ve learned so much. It’s very easy to be critical of scientists who are trying to convey science to the public, but it’s very challenging to get evidence-based, truthful messaging out there. Science is complex: most studies find that in situation X, after controlling for A, B and C, we see an increase for outcome D. You can’t say that in the news segment or newspaper interview because you would lose people. I’ve made a very conscious effort to ensure there is a reference for every sentence that comes out of my mouth. I want to make sure I am providing accurate information. In the nutrition world, there’s so much misinformation and I don’t want to be somebody who propagates that.

4. How old is your child? Has she influenced your thinking about pediatric nutrition and obesity? 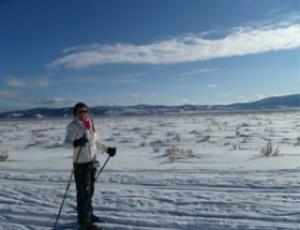 Isabelle is 10 months old and is the sweetest little baby in the entire world. At this point, she basically eats whatever I eat, like today I had curried carrot and potato soup and she ate some. I’m basically just exposing her to as many different foods as possible. I’m trying to take my own advice and be a parental model: If you want your child to eat a certain type of food, you have to eat it, too. But I’ll be interested to see what happens when she is a toddler, and if the advice I give to parents actually plays out in my kitchen. We really encourage parents to do the parental modeling and to not fight with your children about what they are eating. Kids need to be exposed to new foods up to 20 times before they’ll begin to accept it, let alone like it. I’m pretty sure that, at some point, I’ll have a kid that is a picky eater … that would just be karma. My husband, who also is a nutrition and obesity scientist, and I laugh about it. Like all parents, we’ll figure it out and just keep trying to do what is best for our daughter.

5. What types of activities do you enjoy outside of your university work? 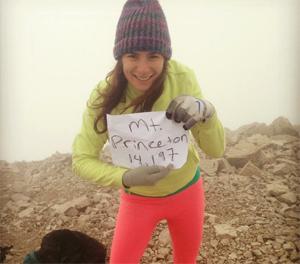 I love being outdoors. So in Colorado, I love hiking Fourteeners, and anything that is related to water. I love swimming and yoga and Zumba, and spending a lot of time with my family, reading, cooking and traveling.

I’m also trying to be active in the community, giving presentations and teaching “Cooking Matters” classes for low-income families. Children’s Hospital Colorado has been a partner for “Cooking Matters” from the start, even though we had to go through a lot of legal red tape.

I also participated in Earth Explorers, a program that is intended to get middle-school children excited about science. They make a documentary about being a scientist or something related to the science field. They work with film students at CU-Boulder and came to the Health and Wellness Center to film me. They created a whole script and when they were done, we held a premiere with a red carpet and popcorn.

I have saved all the thank-you cards I’ve received, especially ones from the kids. It’s a remembrance of why I do what I do and hopefully make a difference and help people to become their happiest and healthiest selves.