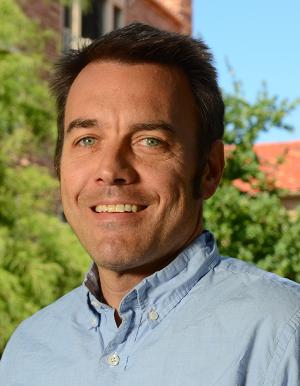 While in his 20s, Ben Kirshner worked as an educator with a youth organization in the Mission District in San Francisco. He felt called to be a teacher of middle- and high-school students, and enjoyed working in a setting that encouraged experiential learning and community-building. But after five years, he became interested in working with college-aged students and researching topics related to learning and youth development.

“I loved books and ideas, and I didn’t have time for that with the pace of being a youth worker,” he said. “I had questions I wanted to pursue about learning and education that were generated through my work in a youth organization called Youth in Action.”

He became curious about how and why some students in the youth organization who were exceptional leaders, thinkers, speakers and problem-solvers were getting low grades in middle school.

“That didn’t really compute for me, and so I became interested in how different social contexts shaped opportunities for young people to be recognized for their intelligence and skills.”

He also was concerned about contradictions and inequities in the education system. He worked closely with young people who took and passed the classes required to graduate from public high school in San Francisco, but who were still not eligible to attend the state universities because courses required by the state system had not been offered in their schools.

Kirshner was inspired to understand more about learning and education policy issues. When he finished his Ph.D. at Stanford University, he applied for a position at the University of Colorado in 2004. He is now a professor of Learning Sciences and Human Development in the School of Education, and is the founding faculty director of CU Engage, a center that collaborates with communities, schools and organizations to address complex public challenges.

Earlier this year, he was awarded the 2016-17 Chase Faculty Community Service Award for his body of work as an internationally recognized scholar of youth development; community-based, participatory research; and youth activism. Kirshner will be recognized for the award at an Oct. 4 reception at CU Boulder (space is limited). He also is an award-winning book author.

1. Your research focuses on how “learning can be organized in ways that lead to meaningful intellectual and social outcomes for students.” Why does this research interest you and what do you hope it achieves?

Initially I approached the work from a place of curiosity and concern, trying to understand how learning is socially organized and how young people learn to speak up about issues that affect them directly. As I’ve grown and changed as a scholar, I’ve wanted to give greater priority to equitable partnerships, which is to say finding better ways for the research to be directly valuable for the people who participate in the research and their goals for local social change.

Making sense of ideas is important to me, but I also value having a local consequence to the work so that people who are kind enough to let me into their organization or community or classroom get something from it. I want people in the setting that I’m studying to help shape the research narrative or develop new skills, or maybe, do action research that leads to stronger institutions or programs.

Most of my research has been local to Colorado, but I have done some of it out of the state and out of the country. For instance, I partnered with a scholar at City University in New York to do an international study of youth organizing in several different cities around the world to understand how organizations in these cities supported young people’s political development and activism. The research explored how young people interpreted issues of education justice and developed power to influence education policy in their cities or provinces.

2. Why do you focus on marginalized youth and what is your approach?

What has drawn me to the range of places where I’ve done research is that I really try to approach it from a strength-based perspective. I want to understand how young people interpret issues of fairness and justice and how they can participate in creating a better world.

In the case of marginalized youth, such as black and Latino youth who grow up in low-income neighborhoods in the United States, I have been fortunate enough to spend time in organizations that nurture youths’ political awareness and activism. I have been drawn to these settings because youth who experience injustice are in a position to offer insights and ideas that are necessary to fix problems in their schools or cities. In my view, people who experience the painful consequences of inequality and white supremacy in their everyday lives deserve to participate – and are needed for their ideas – as we all try to develop thriving and just communities.

I should add that I grew up in an upper, middle-class town, and there were a lot of things I took for granted in terms of the quality of school I went to and the opportunities I was offered. So when I do research and seek out partnerships, I try to be reflective about assumptions I bring and be humble as I walk into a new setting.

3. What types of youth activism do you study and/or promote?

There are two kinds of what I would call youth activism or youth voice that I am most interested in and encourage. That doesn’t mean that I don’t think other things are as important. I think cleaning up parks is very important, and in my own work, that is where I started with Youth in Action. That’s a good thing, but that’s not my research area or the area I try to support through intergenerational collaborations.

So, one area of youth activism that I study is where youth and adults who don’t have formal authority within a system find ways to make change in that system. That could involve protesting in the street, presenting policy analysis and proposals at a school board meeting, or organizing a grassroots campaign to change the school discipline policy because the policy leads to too many referrals to police. Those are all forms of activism from the standpoint that the people who are trying to make that change don’t necessarily have any acknowledged formal role or authority within an institution or system.

The second kind of activism I am interested in is sometimes called youth participation or youth voice; it takes place when school districts or cities or youth organizations formalize or institutionalize opportunities for young people to have a voice. In those cases, it would be built into the structure to have a governance council or a student leadership board that has real power to weigh in on decisions. These opportunities should be open to all young people – not restricted to straight-A students or student athletes. The students should be invited to play a critical role in the organization, and not just rubber-stamp policies, but actively participate in shaping and influencing the policies that affect their school or institution. I seek out research partnerships with schools or programs that try to formalize these kinds of youth voice.

4. How did you become involved with CU Engage: Community-Based Learning and Research, and what is its mission?

Before CU Engage, there was the Institute for Ethical and Civic Engagement (IECE) that was headed by a terrific leader named Peter Simons. IECE supported and catalyzed civic engagement on campus. The institute supported some of my own research and teaching through grants when I was getting started, and I also was on the steering committee.

When Peter retired, there was discussion about situating these community engagement programs in an academic unit or department. At an R-1 university such as CU Boulder, when there’s an academic home for a program, the program is more aligned to the mission of the university and can have a greater impact. The School of Education was approached about being the home, and then I was approached to be faculty director and to try to launch it. A committee came up with a conceptual blueprint for the center. It began with existing programs, but since then we’ve also launched several new programs.

When we inherited those programs, the primary focus was on undergraduate learning and experiences. We have continued that focus but have broadened it to include the production of research by engaging faculty and grad students as well as undergrads. It’s a chance for students to connect with the community and do good, ethical work and rethink how knowledge is produced so that it emerges out of strong partnerships with young people, parents, practitioners, people who live in neighborhoods and work in schools, and academic researchers.

CU Engage collaborates with communities, schools and organizations to address complex public challenges. Those challenges include everything from the impact of climate change, to promoting participation in local government, to educational access and inclusion.

5. You recently received the Chase Faculty Community Service Award, an honor presented annually to a faculty member who provides exceptional service to the community. Does your university work intersect with your community activities?

Yes, my work with CU Engage, my program of research and some of my volunteer work overlap. I was very happy about the award; it was an honor and very generous of the people who nominated me.

I’ve tried to be active on some boards of both nonprofits and educational programs that are trying to launch. That’s been a focus of mine. I want to contribute by trying to share what I’ve learned about youth organizations and grassroots or fledgling organizations. I’ve also tried to get support schools to develop a strong community engagement or youth voice focus. Most of my community work is interwoven with my research or my teaching because I try to develop partnerships that bring people together to work on projects that benefit community initiatives or school programs.