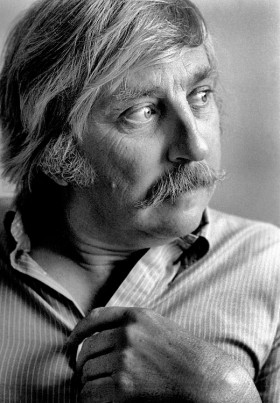 Charles Joseph Roitz, a former faculty member of the Department of Art and Art History at the University of Colorado Boulder, died Dec. 5, 2012, of complications from liver cancer. He was 77.

He was born Feb. 3, 1935, in Trinidad, Colo., to Adele Picco Roitz and John Stanislaus Roitz. After attending Holy Trinity Catholic School, he enlisted in the Navy, where he served as a photographer, taking aerial pictures of Hawaii and Alaska. After his discharge from the Navy, he attended Regis University on the GI Bill. After graduating from Regis, he began his lifelong love of travel with the first of many trips to Europe with his mentor Father Robert Boyle S.J. He moved to the Bay Area in 1966 to attend San Francisco State University, where he received a master’s degree. There he married Sue Robinson and had two children, Amy (Amelia) and Carla.

The family moved to Boulder in 1970 where he founded the photography department at the University of Colorado; he was a member of the department until 1991. After his retirement, he continued to travel, create images, study sacred geometry and work with the new medium of digital photography. Internationally, he participated in more than 300 group exhibitions and was honored with more than 36 one-person shows. His work has been collected by numerous museums including the Museum of Modern Art, the George Eastman House and the Denver Art Museum. His work has appeared in national and international magazines such as Art In America and in books such as Marks In Place and Innovative Printmaking. He has been honored with three grants from the National Endowment for the Arts. To the end, he loved his grandchildren, art, poetry, travel, family and good food.

He is survived by two daughters, Amelia Stone and Carla Roitz; grandchildren Olivia Stone, Diego Stone and Elsa Chadwick; brother Stan Roitz and sister Emily Cimino. He was preceded in death by his parents and his sister Roseann Eastburn. His funeral was Saturday at St. Vincent de Paul Church, Denver.

In highly anticipated Shakespeare exhibit, the book’s the thing