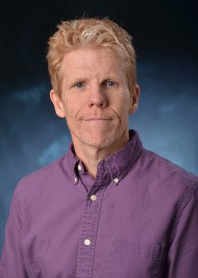 Michael McDevitt, CU-Boulder professor of media, communication and information, is lead author of a study that found parents are more reactive than proactive when providing political influence and opportunities for their children.

The study, published in the journal “Social Science Quarterly,” found that political engagement independently pursued by youth spurs parents to realize that childrearing extends to the civic realm. It also is the first study to show intentional political parenting as an outcome of family interaction rather than a stimulus.

“Ideally, moms and dads would view parenting as an opportunity to encourage political development and involvement,” said McDevitt. “But oftentimes, parents need some kind of wake-up call, such as a daughter bringing up controversial topics discussed at school or a son suddenly paying attention to election news coverage.”

McDevitt and co-author Spiro Kiousis, professor of public relations at the University of Florida, use a basketball analogy to help explain the finding. In a “give-and-go,” the player with the ball passes to a teammate and repositions herself for the return pass.

“Similarly, in reactive political parenting, a son or daughter signals interest in politics and prompts a response,” said McDevitt. “The act of giving -- the display of youth expertise -- is rewarded by the parent, who returns the favor by further coaxing political development.”

The study was conducted using data from the 2002 and 2004 election cycles to take advantage of increased opportunities for family political communication in light of youth opposition to the U.S. and U.K. invasion of Ba’athist Iraq. In the spring of 2004, the Pentagon struggled to enlist troops large enough to confront popular resistance in Iraq, according to McDevitt. While a military draft had been abolished 30 years prior, rumors of reinstitution circulated -- a situation likely discussed in families with teenagers and young adults.

About 500 parent-adolescent pairs from Arizona, Colorado and Florida participated in the study. Youth participation in classroom discussions about campaign issues, attention to election news, opposition to U.S. military involvement and first-time voting highly correlated with active political parenting. However, the parents’ own political engagement did not correspond highly with their political parenting.

McDevitt said he hopes the study will promote awareness of the civic obligations of parents.