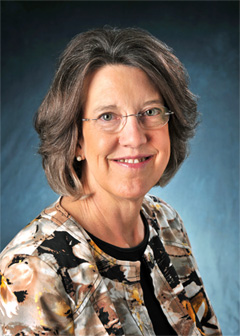 Deborah J. “Deb” Coffin has been named the sole finalist for the University of Colorado Boulder’s vice chancellor for student affairs as decided by a search committee. CU- Boulder Provost Russell L. Moore made the announcement last week; Coffin has served in the post in an interim capacity since July 2011.

“The search committee has forwarded Deb’s name to me as sole finalist,” Moore said. “I want to congratulate the committee on its good work. Deb is an outstanding colleague, a highly qualified and talented administrator, and a person who brings student, campus and community stakeholders together in everything she does.”

Coffin met Monday, Dec. 12, with campus constituent groups in a series of five sessions to outline her vision for the post and to answer questions. The provost will be soliciting feedback from the groups on her candidacy.

“The committee was unanimous in its selection of Deb Coffin as a finalist,” Heinz said. “Her performance in previous key CU posts – including as interim vice chancellor for student affairs – has created a record of high achievement and success that has transformed our Student Affairs division. The committee believes it is vital to continue this important work under her vision and leadership.”

She also served a mission in the United States Peace Corps (1977-78) in the Philippines.