Maren Additon, director of budget and operations for Student Affairs, and Daniel Sher, dean of the College of Music, were each honored with the Robert L. Sterns Award for their exceptional achievements and service to the university by the CU-Boulder Alumni Association at the 84th Alumni Awards Ceremony during the university’s Back to Boulder Homecoming Weekend. 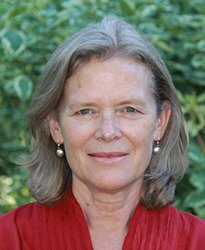 Additon has quietly shaped key university initiatives without public acclaim. Her leadership as chair of the Center for Community Building Committee was instrumental in bringing together the diverse thoughts and visions of numerous departments. In her role she developed a comprehensive understanding of the needs of the future tenants of the Center for Community, an $84.4 million project, and negotiated conflicts to streamline design processes and construction schedules. Under her leadership, the building has truly become a center for community for students, staff, faculty and visitors.

Drawing on her prior experience volunteering on the student run Finance Board, she works with student leaders helping them understand complex financial issues. Additon consistently strives to ensure students receive the best services possible within the financial means of Student Affairs.

At the request of the chancellor, Additon chairs the Campus Use of University Facilities (CUUF) committee. She led the committee through the arduous process of revising and updating the CUUF policy until the update was endorsed by the chancellor and adopted by the campus. 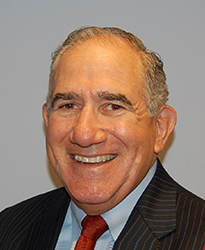 You could say Daniel Sher hit all the right notes during his 20-year tenure as the Dean of the College of Music at CU-Boulder. Sher learned music from some of world’s most respected institutions in the world, including the Oberlin Conservatory, the Juilliard School and the Teachers College of Columbia University. And because of his presence and prowess, he’s now put CU’s College of Music on par with those same schools.

For the past three consecutive years, CU-Boulder has been cited by the Fiske Guide to Colleges as one of just 25 in the nation — among a total 1,200 music programs in higher education — for its excellence in music. It has been ranked in the top 20 among all college, university and conservatory music programs by U.S. News and World Report.

Sher has served on numerous committees, boards and societies, and that has led to collaborative and strengthened relationships with virtually all of the major arts organization in Colorado, including the Colorado Symphony Orchestra, the Aspen Festival and School, Central City Opera, and the Boulder Philharmonic, among several others. CU-Boulder leaders praise Sher and say he’s been the instrumental piece in establishing the university as a cultural and performing arts hub that attracts upwards of 385,000 citizens to the campus annually.

Sher stepped down as dean at the end of June, but continues his role as a faculty member.

Anaya named to National Board of Education Sciences