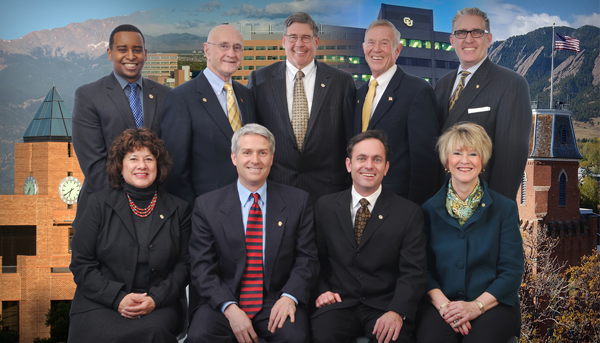 The University of Colorado Board of Regents on Friday voted in favor of supporting the state in an ongoing lawsuit, Lobato v. Colorado, which claims funding of K-12 schools is so low that it violates the Colorado Constitution.

In a 6-2 vote at 1800 Grant St., Denver, the regents passed a resolution authorizing CU Counsel to file an amicus curiae brief with the Colorado Supreme Court, which is set to review the Denver District Court’s decision in the case. The filing of the brief initially was requested by Gov. John Hickenlooper and Attorney General John Suthers.

Before the vote, Regent Stephen Ludwig, D-Denver, said having a bipartisan request from state leadership – Hickenlooper is a Democrat; Suthers, a Republican – influenced his decision to vote yes. President Bruce D. Benson said he agreed that the bipartisan request “does have impact.”

“We have to worry about the funding for the University of Colorado and … make sure we maintain our seat at the table for funding going forward,” Benson said. “We have to stand up and be counted when it comes to funding for higher education without taking shots at anyone else.”

In a presentation to the board earlier this year, Suthers said that a victory by plaintiffs in the Lobato lawsuit could have a potentially devastating effect on state funding for higher education.

Regent Joe Neguse, D-Boulder, said his vote against the resolution acknowledged that K-12 education in the state “is grossly underfunded.”

“I don’t believe the Board of Regents should pursue an amicus brief in this case because it undercuts the case in Lobato and its rationale,” Neguse said. “If anything, we should be assisting the many plaintiffs in this case.”

Lobato v. Colorado began in 2005 when a group of San Luis Valley residents and others sued the state, claiming that, by underfunding schools, the state was ignoring the Colorado Constitution’s promise of a “thorough, uniform” education for all students.

A Denver district judge ruled in favor of the plaintiffs late last year, and the state appealed the decision. Briefs are due to the Supreme Court on Wednesday.

Tagged with:
Board of Regents, Bruce Benson, John Hickenlooper