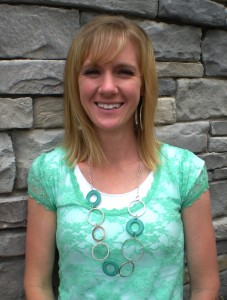 Farnsworth was selected after a national search. Her appointment was announced by Steve Kirkham, director of athletics.

“We are very excited to have Sadie with her playing background at the Division II level and in the RMAC,” Kirkham said. “She exemplified our philosophy as a student-athlete at Colorado Mesa with her accolades on the course and in the classroom. We are pleased that she will be the first coach in the program’s history.”

Farnsworth was the team captain at Colorado Mesa in the 2008-09 season. She holds the Maverick record for lowest round against par and is sixth in Colorado Mesa records in career win-loss percentage and seventh in career rounds played. Farnsworth led Colorado Mesa to the NCAA regional tournament and was an RMAC Second Team selection in her senior season.

Farnsworth was the RMAC Academic Golfer of the Year, the Colorado Mesa RMAC Honor Student-Athlete in 2009 and was a three-time member of the RMAC All-Academic Teams. She earned her bachelor’s degree in kinesiology and exercise science in 2009.

“After taking some time away from golf to start my family, I couldn't be more excited to get back into it with UCCS and the inaugural women’s golf team,” Farnsworth said. “I am anxious to get out on the course with the girls and start what I hope will become a very successful program in the RMAC. I am honored that Athletic Director Kirkham has instilled his trust in me to take on this responsibility, and I look forward to working alongside men’s head coach, Phil Trujillo, and hope to mirror the success he has had with the men’s program.”