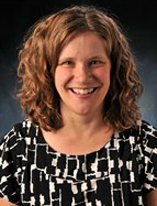 Patrick O’Rourke, vice president, university counsel and secretary to the Board of Regents, announced the promotion, which took effect July 1.

Tallman succeeds Tom Smerdon, who served in the same role since last August, when David Allen, associate vice president for Technology Transfer, left the university. Smerdon is pursuing new opportunities in his home state of Texas.

“I am grateful to Tom for his service, especially over the last year as he has led the office,” O’Rourke said. “During his tenure, Tom expanded the support for industry research initiatives, maintained key relationships, and streamlined agreement templates.

“I am also excited that Kate has agreed to lead the office.”

Tallman has been with TTO since 2002.  During her time there, invention, patent and licensing activity on the Boulder campus has more than doubled, enabled by constant innovation in business practices. She will continue to focus on enhancing the pipeline of high-value intellectual properties and help define the role of innovation management in collaborative development opportunities with industry.

Tallman previously was director of marketing and co-founder of Roving Planet, a venture-backed Colorado software company specializing in wireless LAN technology; it was later acquired by 3Com, then HP. She earned her MBA from CU-Boulder’s Leeds College of Business, where she focused on marketing. She previously spent four years as a research analyst, performing market and financial analysis of health care companies.

The CU Technology Transfer Office pursues, protects, packages and licenses to business the intellectual property generated from research at CU. The TTO provides assistance to faculty, staff and students, as well as to businesses looking to license or invest in CU technology.