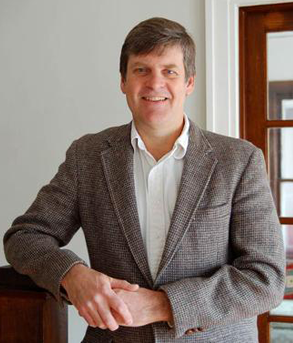 “In Steven Leigh’s years at the University of Illinois, he has gained national recognition for contributing in the areas of interdisciplinary research, teaching and public service,” Moore said. “He has an impressive combination of scholarly achievement and administrative experience and I believe he is the right person to lead the college through upcoming opportunities and challenges.”

A biological anthropologist, Leigh’s research focuses on both human and primate evolution and integrates many different kinds of data across the discipline of anthropology, including information from genetics, anatomy, archaeology, and socio-cultural anthropology. His research has substantially altered the view of the evolution of human growth and development.

Prior to being the associate dean, Leigh was the head of the department of anthropology from 2006 to 2010. He is a full professor in biological anthropology and holds faculty appointments in the College of Medicine and the Institute for Genomic Biology.

“Steven Leigh was the consensus first choice of the search committee, which consisted of faculty from across the many disciplines represented in the college,” said John Stevenson, dean of the Graduate School and chair of the search committee. “I think he will be an outstanding leader for the college, someone who can build on its current achievements and help it reach new levels of excellence.”

Leigh has been on the faculty at the University of Illinois since 1994 and previously held teaching and research appointments at the State University of New York, Stony Brook, and at Northwestern University.

“I’m honored to be chosen to lead the College of Arts and Sciences and further the research, educational and service missions of CU-Boulder,” Leigh said. “Particularly compelling to me as a scientist trained in a field that embraces approaches from the humanities as well as biological, social and behavioral sciences is the opportunity to be involved with interdisciplinary advances at a major research university.”

The College of Arts and Sciences is CU-Boulder’s largest academic unit, with 19,295 undergraduate and graduate students, 1,982 faculty and staff and a general fund budget of $133.5 million.

Leigh will succeed Todd Gleeson, who will return to the faculty in the Department of Integrative Physiology after 10 years in the post.

“I want to thank Todd Gleeson for being an effective leader during the last 10 years while the college was going through significant growth and challenges,” Moore said. “He has been a stalwart fundraiser through innovations such as the upcoming Buffalo Bicycle Classic, which has raised over $1.4 million for scholarships in Arts and Sciences since its founding in 2003.”

Tagged with:
College of Arts and Sciences