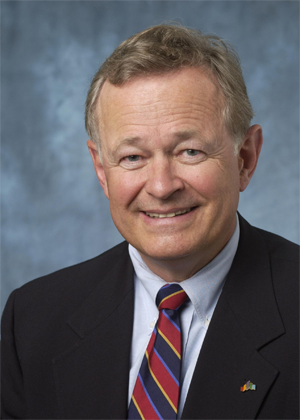 University of Colorado Boulder Provost Russell Moore announced Wednesday that Stein Sture will retire in June 2015 after 35 years of service to the campus, including his role as vice chancellor for research during the past nine years.

During Sture’s tenure as vice chancellor for research, CU-Boulder’s sponsored research awards to the university rose from $257 million to $412 million. He has overseen a number of successful initiatives and collaborations in a wide variety of research ranging from planetary sciences and environmental engineering to climate change and biomedical exploration.

“Stein has been the university’s chief research advocate, and his success has manifested itself in many arenas,” Moore said. He noted that CU-Boulder currently is the No. 1 ranked public university for NASA funding and is leading NASA’s $671 million MAVEN mission that just arrived at Mars.

Sture was pivotal in the establishment of the BioFrontiers Institute, a revolutionary $160 million research and teaching facility that opened its doors on CU-Boulder’s East Campus in 2012. Under the leadership of Nobel laureate and Distinguished Professor Tom Cech and professor Leslie Leinwand, the 336,800-square-foot institute facilitates work on a wide swath of pressing societal challenges ranging from cancer and heart disease to tissue engineering research and studies of how the human microbiome influences health and disease.

Sture is playing a prominent role in the university’s new Sustainability, Energy and Environment Complex (SEEC), which is currently under construction on the East Campus and will bring together faculty and students from a variety of departments, facilities and institutes.

He also was influential in the selection of the United States as one of five international hubs for Future Earth, an ambitious 10-year research initiative to address global environmental change solutions and actions. Future Earth will be headquartered in Colorado and managed jointly by CU-Boulder and Colorado State University.

“Stein has been at the forefront in helping to make CU-Boulder one of the world’s leaders in environmental sciences including climate change research and the potential impacts of such change on natural ecosystems and society,” Moore said.

In recent years Sture has served as both interim provost and executive vice chancellor for academic affairs. He also served as dean of the Graduate School from 2005 to 2009. Sture, the Huber and Helen Croft Endowed Professor in the Department of Civil, Environmental and Architectural Engineering in the College of Engineering and Applied Science, will retain his appointment there.

Sture previously served as associate dean for research in the engineering college and chaired the civil, environmental and architectural engineering department for six years. He has advised 35 doctoral students and 47 master’s students and authored or co-authored more than 300 peer-reviewed publications.

Moore also announced that he is appointing James Williams, dean of University Libraries, to chair the committee in charge of a national search for Sture’s successor.