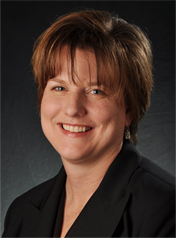 State funding woes remained at the center of discussion among higher education constituents during the current session of the Colorado General Assembly -- and during a gathering of speakers and panelists last week steps away from the Capitol.

Gianneschi outlined various factors that have affected state funding in recent years, including the growth in Medicaid enrollment. He said the revenue forecast that led to the elimination of a proposed cut to higher education financial aid earlier this year is a positive sign for higher education.

“It’s not that we’re healthy,” Gianneschi said, “but we’re starting to see signs of improvement.”

Fox said that reduced funding from the state has been followed by increased efficiency by CU and other universities and colleges.

“Every institution in this state is very lean and has been very lean for many years,” she said. She also identified a possible silver lining in the face of funding woes: “I do think institutions are feeling like they need to be very responsive to students.” Watrous called it “a new accountability” to students and families.

Unlike the past two legislative sessions, flexibility for higher education this year was not a deliberate goal of CU and other institutions, though panelists acknowledged that those past successes have enabled institutions to operate more efficiently. When Saliman asked panelists whether more flexibility bills might be pursued at the legislature in the future, Straayer said, “Some of these bills remind me of renaming the Titanic the Queen Mary.”

“I understand the nature of the economy,” Straayer said. “But we need to push back against the ‘don’t tax, don’t spend’ industry. We’ve got to start pushing back and pushing back hard.”

Said Bowditch, “We don’t need more flexibility – we need more money. If it means more regulation to get more money, we’d say ‘yes.’ If we were told by state lawmakers, ‘Cap tuition increases at 4 percent and we’ll give you $100 million,’ I think all our institutions would say ‘yes.’”

HEAR is an independent coalition of professionals in higher education who promote professional development across the state.