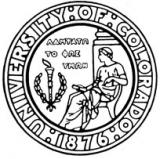 The University of Colorado Board of Regents has announced its selection of five recipients of honorary degrees and a Distinguished Service Award-winner.

Upon the recommendation of the Regents’ Awards Committee, the board approved the 2015 nominees at a February meeting. Each award recipient has been invited to attend a campus commencement ceremony to accept his or her award.

John Darrah served as a research physicist and senior scientist at the Air Force Weapons Laboratory. He retired in 1999 as the Chief Scientist for the Air Force Space Command. He was instrumental in setting up the Strategic Defense Initiative, focusing on advanced and classified effects of both the radiation and electromagnetic pulse (EMP) of nuclear devices.  He helped lead various engineering teams that assured resistant and uninterrupted C3 – Communications, Command and Control – between the President’s Airborne Command Centers. Much of his work remains classified and he still holds top secret clearance.  In Colorado, he served on an advisory council for several presidents of the University of Colorado, starting with Arnold R. Weber in 1980. A specific measurable goal was to win competitive awarded space-related research grants against MIT, Harvard and Stanford, which CU does today. He also formed and led the Higher Education Task Force that developed the master plan for UCCS. (Nominated by CU-Boulder; to be presented at CU-Boulder commencement, May 9)

Richard Jessor, Ph.D., is the longest-serving active member of the faculty in CU history (1951-2009). During that time he served as chair of the Council on Research and Creative Work, as a member of the Boulder Campus Institute Directors Committee, as a member of the Chancellor’s Task Force on Interfacing the Campus and the Community, the Vice Chancellor for Academic Affairs Advisory Committee (VCAC), and on various chancellor and dean search committees as well as numerous psychology department committees. The last five years he has served as Distinguished Professor Emeritus and research professor in the Institute of Behavioral Science (IBS). He was a full professor in the Department of Psychology (1961-2009) and a founding member of the Institute of Behavioral Science, for which he served as director from 1980 to 2001. He retired in 2009 so that IBS could use five years of salary savings to help finance the new IBS Building, but continued to direct the Research Program on Health Behavior in IBS and was a member of the IBS Board until June 2014. He has authored or edited more than 130 publications including eight books on adolescent and young adult development.  His research, which has been cited 21,471 times, has focused primarily on the psychosocial determinants and developmental consequences of involvement in high-risk behaviors by young people, including alcohol and drug use, risky driving, smoking, early sexual involvement and limited academic involvement. His work has helped shape the field of adolescent development. (Nominated by CU-Boulder; to be presented at CU-Boulder commencement, May 9)

Dave Liniger founded of one of the most successful real estate enterprises in the world and is renowned throughout the nation and world as a leader of business. He and his wife, Gail, are patrons of the arts, exemplars of civic virtue and strong supporters of higher education. He is nationally recognized as an expert in time management, sales training, recruiting and motivation. He has been featured in Entrepreneur, Forbes, Fortune Inc., Success and other leading publications. He has won many awards including the Special Achievement Award from the Council of Residential Specialists (CRS), The Warren Bennis Award for Leadership Excellence from the Global Institute for Leadership Development, the Inman News “People’s Choice” Most Influential Real Estate Leader, he was included in Bloomberg Business Week’s profiles of the 50 Most Powerful People in Real Estate, he was inducted into the Council of Real Estate Brokerage Managers (CRB) Hall of Leaders, the REBAC (ABR) Hall of Fame and the International Franchise Association’s Hall of Fame. The Linigers’ recent gift of The Wildlife Experience facility, valued at $40 million and recently renamed the Liniger Building at CU South Denver, is both engaging and transforming CU’s growth in the south metro area. The Linigers’ generosity is making a high-value CU education more accessible for many. (Nominated by CU Denver; presentation TBD)

Gail Liniger is the visionary co-leader of the Denver-based global real estate franchise she co-founded with her husband, Dave Liniger, in 1973. The company boasts a brand that is unrivaled, having grown to over 3,600 sales associates in 110 offices in Colorado, and more than 113,000 sales associates and 5,800 offices in 58 countries around the world. As evidence of the huge impact she has had on the real estate world, in 2013, Gail and Dave Liniger were presented with the Amazing Investor Award by the United States Olympic Committee. As a dedicated philanthropist, Gail Liniger is well-known for her community involvement and commitment to many organizations, specifically the Paralympics Military and Veteran Programs. She has championed worthy causes such as the Susan G. Komen Race for the Cure and has received the prestigious Children’s Miracle Network Hospitals Founder’s Award. The Linigers’ recent gift of The Wildlife Experience facility, valued at $40 million and recently renamed the Liniger Building at CU South Denver, is both engaging and transforming CU’s growth in the south metro area. The Linigers’ generosity is making a high-value CU education more accessible for many. (Nominated by CU Denver; presentation TBD)

Diane Gates Wallach is a manager and president of Cody Resources Management LLC, a real estate investment company that focuses on energy, agribusiness and real estate. She also serves on the boards of Hat Creek Energy LLC (domestic oil and gas), Gates Capital Partners LLC (diversified private equity), and Bear Creek Inc. (private trust company). Her community  service includes current board positions on the Gates Family Foundation and the Gates Frontiers Fund, both private Colorado-based charitable organizations; IAALS (University  of Denver’s Institute for the Advancement of the American Legal System); Cardigan  Mountain School and co-chair of the Community Advisory  Board for the Charles C. Gates Center for Regenerative Medicine and Stem Cell Biology. She also has served on the boards of Children’s Hospital Colorado, Colorado Outward Bound School, Denver Art Museum Foundation and Colorado Zoological Trust. As board member on the Children’s Hospital of Colorado Board, she helped raise funds for the hospital’s construction and oversaw its move to the CU Anschutz Medical Campus. As a trustee of the Gates Frontiers Fund, she facilitated a $6.5 million gift that enabled the university to recruit Dennis Roop, Ph.D., from the Baylor College of Medicine and establish a “Program” and now “Center” in regenerative medicine and stem cell biology in memory of her late father, Charles C. Gates. Her leadership and generosity have resulted in the Gates Center now operating as the only comprehensive Stem Cell Center within a 500-mile radius, sharing its services and resources with an ever­-enlarging membership of researchers and clinicians at the CU Anschutz Medical Campus, as well as CU-Boulder, Colorado State University, the Colorado School of Mines and business startups. She helped spearhead and finance the Gates Biomanufacturing Facility designed to enable investigators to fully develop their discoveries and technologies on the CU Anschutz Medical Campus with an eye toward the delivery of innovative therapies in Colorado and the region. (Nominated by CU Anschutz Medical Campus; presentation TBD)

Chris Jenkins is one of Colorado Springs’ most visionary and passionate leaders. As president of Nor’wood Development Group, he has leveraged his company to improve the quality of life for many people and organizations by providing free and discounted office space, donating land for various community projects, and developing a year-round community public market. He was part of the steering committee that developed the future vision for Colorado Springs Operation 6035. He continues that role by serving on the Regional Leadership Forum which oversees and helps carry out the 6035 plan. He chaired a 2012 Urban Land Institute Advisory Panel on developing the future of Colorado Springs. He led a major community effort to submit a proposal to the state of Colorado Office of Economic Development and International Trade under the Regional Tourism Act. This tireless effort led to the most successful funding of any city to the tune of $120 million for the City of Champions program. He is or has been involved in almost every major organization in town; they include: Downtown Partnership, Fine Arts Center, Downtown Development Authority, Colorado Springs Regional Business Alliance, Cultural Office of the Pikes Peak Region, and the University of Colorado Colorado Springs Development Corporation, just to name a few. He is equally involved in many areas of helping develop the university. (Nominated by CU Colorado Springs; presentation TBD)

Tagged with:
awards, Board of Regents