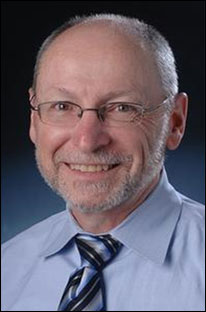 "I am pleased to announce that we have a seasoned and respected campus leader in Russ Moore to serve as interim provost," said CU-Boulder Chancellor Philip P. DiStefano, who made the announcement Tuesday, May 18. "Russ has a distinguished career as a researcher, teacher and contributor to the CU-Boulder community, and is known for his fair-minded approach to problem solving and management. He will provide steady leadership for our academic enterprise as we evaluate our options in filling the provost position permanently."

"I am honored by this appointment and by the continued confidence of Chancellor DiStefano," Moore said. "I want to assure our community that we will move ahead on the issues of research, teaching and service, and on the challenges of resources and budgets that face us."

He earned a bachelor of science degree in biochemistry from the University of California at Davis in 1976, and a master's degree (1978) and doctorate (1982) in physiology from Washington State University in Pullman, Wash.