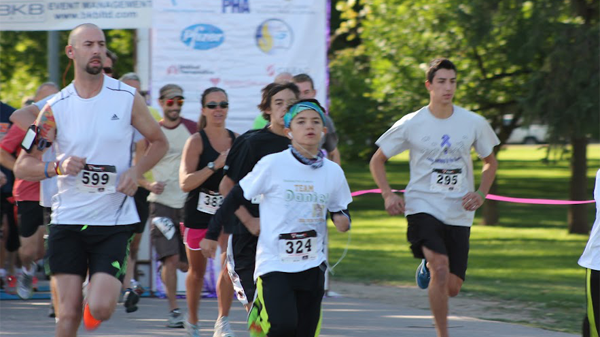 Before a catheter became a permanent fixture in Jennie Heineman’s chest, doctors thought asthma was the culprit behind her labored breathing. A string of other theories followed: allergies, anemia, depression.

The correct diagnosis came in November 2010, when she woke up in the emergency room of Lafayette’s Good Samaritan Hospital. Early in Heineman’s 10-day stay, doctors discovered the blood pressure within her lungs was 144 millimeters of mercury, more than five times the normal rate. She was diagnosed with pulmonary hypertension (PH), a chronic, degenerative disease that elevates blood pressure within the lungs.

“I play the card God gave me,” says Heineman, 41, a process improvement consultant at University of Colorado Hospital (UCH) who sometimes works from home due to PH. “I can’t swim. I can’t ski. Showering is a pain in the neck. I can’t really do a lot with my (5-year-old) son.”

Heineman suffers a rare disease. As of June 2013, PH affected fewer than 0.5 percent of the nearly 40,000 people enrolled in the CU Health Plan, of which Heineman is a participant. Her catheter is saving her life; it delivers regular doses of Flolan, which helps open her lung’s blood vessels and prevents blood clots. Had she been diagnosed with PH earlier – when her pulmonary artery systolic pressure was below 60 – she may not have needed her catheter. Regardless, she feels blessed to be alive.

There’s no easy cure for PH; double-lung transplants are a treatment option when medical therapy no longer works. But Heineman and many other Coloradans with the disease have found hope and support in the Fourth Annual Colorado Pulmonary Hypertension 5K Run for PHun, which returns to Denver at 9 a.m. Sunday in City Park. 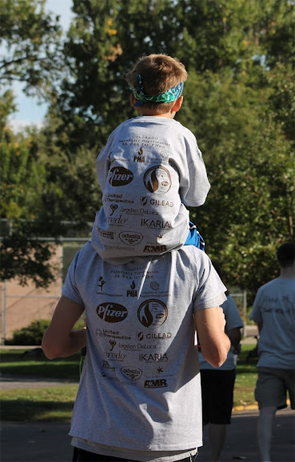 Now in its fourth year, the PHun Run is expected to attract at least 600 people, up from a crowd of about 200 in 2010, when it was held on the CU Anschutz Medical Campus in Aurora. Home to the state’s No. 1 adult and pediatric PH care centers – UCH and Children’s Hospital Colorado – the campus was a fitting venue for the run during its first two years, before it outgrew the space.

The proceeds are divided equally among the event’s sponsors – UCH, Children’s Hospital Colorado and the national Pulmonary Hypertension Association – who use the money to fund PH education, awareness and patient assistance programs, says event coordinator Beth Coleman. A pediatric nurse practitioner in the Pulmonary Hypertension Program at Children’s Hospital Colorado, Coleman says the run has helped to, among other things, pay travel expenses, oxygen rentals and hotel accommodations for out-of-town PH sufferers coming to Denver to receive PH care from the two hospitals.

“Twenty years ago in pediatrics, the mean (life expectancy for a child with PH) was 10 months, and in adults, it was 2.8 years,” Coleman says. “Over the last two decades, we've gone from one drug that only worked in 10 percent of patients to just (recently) the 10th drug was approved. In pediatrics, we know that at 5 years (old), 70 percent of children are still alive. But they have been on complex, continuous IV therapy.”

Thus far, PH continues to defy the odds of patients leading long, comfortable lives, and keeps even its most physically capable sufferers wary of the next uphill battle. For Jody Miller, who underwent a high-risk double-lung transplant at UCH in spring 2013, it’s not a matter of if she’ll encounter future problems but when.

“The biggest thing I was scared of was chronic (lung) rejection – ‘You’re not gonna get your lung function back’,” says Miller, 43, who lived with PH for 7 years. “But there are people who’ve lived with chronic rejection for 10 years. It’s just the common sense of taking care of yourself.”

That care extends to mental health, Miller adds. Besides the annual PHun Run, local PH support groups have become a central part of Miller’s ongoing well-being. She’s a member of the Rocky Mountain Pulmonary Hypertension Support Group, where she frequently provides much-needed information and positive reinforcement for group members such as Heineman.

For Heineman, having a venue such as the support group to learn about how to live a rich life with PH has been helpful. Few others understand her pain, such as the foot and leg pain she suffers as a side effect of the 14 pills she takes each day. Instead of focusing on the struggles, Heineman tries to be a resource for other young, active and working moms. She wants to share creative ideas and tricks for living with PH and promoting the fact that life can go on.

“Listen to your doctor and do exactly as they say,” Heineman recommends. “It’s intimidating and it’s a lot. And it’s easy to want to be normal for another day, but they can help prolong your life.”